A former assistant county attorney may soon be re-employed by the county, despite a DWI charge. 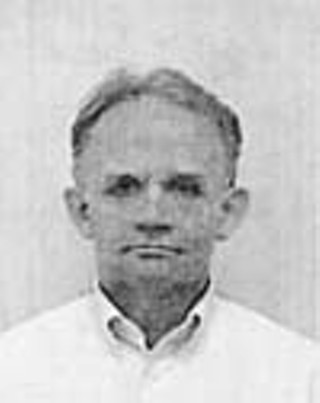 If County Attorney David Escamilla's plan for retooling a portion of his office succeeds, Travis Co.'s family violence cases will soon have a higher profile. And it is possible that former First Assistant County Attorney Mack Martinez may play a major role in that transition – once the pending misdemeanor DWI charge against him has been adjudicated.

Escamilla said that since taking over the CA's job last March (after former CA Ken Oden retired), "We've been very interested in giving a higher profile for family violence cases and in creating its own division." Escamilla said that step would enable him to "cross train" his office's attorneys, allowing the civil attorneys (who handle protective orders) and the criminal attorneys (who handle misdemeanor assaults) to do both jobs. He believes that will help ease court dockets, create a way to better track cases, and help reduce repeat offenses. "If you're able to watch people from start to finish, it would make a difference," he said. "If there is one person tracking [these cases] from beginning to end, [then you] know a lot of background on these people from the start."

Escamilla said he won't need any new funds – and therefore will not need approval from the Commissioners Court – but he would have to reallocate some money, possibly by eliminating two positions and by tapping discretionary funds for the salary of a new division chief. And he describes former First Assistant County Attorney Martinez as a "strong candidate" for chief of that new division – following any potential disposition of his own legal predicament.

Martinez was arrested last Nov. 5 on suspicion of drunken driving after his car hit a guardrail on the western frontage road of I-35 near Cesar Chavez. The following day, Martinez resigned his position with the CA's office. He had been responsible for overseeing prosecutors handling both civil and criminal cases – including DWI charges such as the one he now faces. "You can't prosecute a DWI or make deals on a DWI when you have one," Escamilla said in November. Yet Escamilla says the charge does not mean Martinez could not eventually return to the CA's office, for example, as chief of the as-yet-unformed family violence division.

Before joining the CA's office nine years ago, Martinez was a member of the SafePlace board of directors, Escamilla said, adding, he "has always handled family violence" for the office.

But word that Martinez may have a new county job waiting for him hasn't pleased everyone connected to the office. Some sources told the Chronicle they believe Martinez is receiving preferential treatment, and moreover that his often stern personality might not be a good fit with sensitive domestic violence cases. Many family violence cases involve drug and alcohol problems, and defendants who violate protective orders or counseling requirements often spend time in jail. Critics question whether Martinez's recent run-in with the law would compromise his ability to handle cases with similar circumstances.

Escamilla insists that those concerns are nonsense, and that among attorneys and local advocates he has heard nothing but positive feedback concerning Martinez. He is not required to post the job opening – elected officials can "hire for these positions as we see fit," Escamilla said – but says he is not creating the job specifically for Martinez. Rather, Martinez is one of three candidates; Escamilla declined to name the other two. He points out that his office conducts drug and alcohol assessments, and that if defendants violate court orders they are jailed by the judge – circumstances over which Martinez would have no control.

Martinez may have a reputation for "running a tight ship," Escamilla says, but he has always been passionate about family violence cases – an assessment shared by at least one other stakeholder. "Before he ever [became a] prosecutor, he was active with domestic violence [issues]," said County Court-At-Law Judge Mike Denton, whose court handles the bulk of the CA's family violence cases. And while at the CA's office, Denton continued, Martinez "pushed and pushed to make sure we were always fully staffed" for family violence cases. Kelly White, who was hired as executive director of SafePlace while Martinez was on the board, did not return calls requesting comment. (White resigned her position in November to run for state representative against Republican incumbent Todd Baxter.)

Martinez also dismisses the idea that Escamilla would create a job just for him. "Anybody who says that doesn't know David," he said. "And, one, I don't know if I'll get the job, and, two, I don't know if I'd take the job." Still, Martinez said he's excited about Escamilla's plan to highlight family violence cases. "Actually it might lead to us having more cases," he said, "not because there are more incidents of family violence, but because it will increase awareness and [the victims] will realize they're not alone." Both, he said, are ultimately good things in the county's battle against domestic violence.

Escamilla said that Martinez's detractors have not brought their concerns to his attention, and that should he decide he wants to hire Martinez, the former first assistant would first have to complete any punishment or conditions imposed as a result of the DWI. (To avoid a conflict of interest, Martinez's pending case is being handled by Travis Co. District Attorney Ronnie Earle's office.) "I've made no secret about this. It's something I've been thinking about and something I like on paper," Escamilla said. Still, he said he's open to hearing any concerns and said he is "waiting for people who don't think this is a good idea to call me directly." 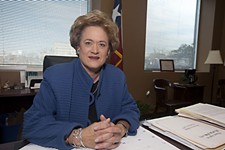 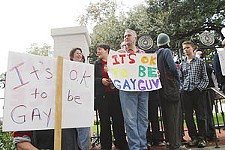