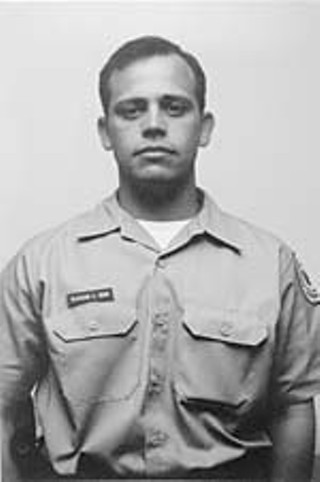 On Feb. 9, Austin Police Chief Stan Knee suspended Officer Scott Glasgow for 90 days without pay for violating department policy in connection with the June 14 fatal shooting of Jessie Lee Owens. According to the disciplinary memo filed with the Civil Service Commission, Glasgow failed to follow policy for "high-risk traffic stops" and failed to use "good judgement" as outlined in standard operating procedures. However, Knee concluded that Glasgow's use of deadly force was justified because Glasgow had a "reasonable belief that his life was in imminent danger."

Since June 14, details of the specific events leading up to the Owens shooting have been spare, but Knee's memo sheds light on several key points. According to the memo, after pulling up next to Owens, Glasgow got out of his car, drew his weapon, and took cover between the left front tire and driver's door and began "yelling" at Owens to put his hands up, which Owens did. Glasgow's backup had still not arrived and Glasgow "chose to leave his position of cover/safety and approached the driver's door of the Neon with his weapon pointed at Owens," Knee wrote.

At this point, according to the memo, Glasgow tried to open the door but it was locked. Owens unlocked the door, but because Glasgow's car was parked so close, it would not fully open. Glasgow then asked Owens to place his hands outside the car, which he did. Owens asked, "what the problem was," but Glasgow did not reply. Instead, he asked Owens to get out of the car, the memo states. When Owens did not get out, Glasgow reached over the driver's door and grabbed Owens' right arm. "Owens was actively resisting Glasgow's attempts to gain control of him," Knee wrote. But, instead of "breaking off physical contact with Owens until his backup arrived, which he should have done, Glasgow chose to re-engage Owens."

Glasgow then tried to handcuff Owens by reaching over the door frame with both arms, his pistol still in his right hand. Owens resisted and Glasgow grabbed his shirt. "While Glasgow was grabbing Owens' shirt, he felt the driver's door close on both his arms, pinning them between the top of the door and the roof of the Neon," Knee wrote. "Glasgow heard the Neon being put into drive and was unable to extricate himself from this life threatening position. He looked down and saw that Owens was holding the door closed. At that point Owens began to accelerate down the street." Unable to free himself, Glasgow fired his weapon, killing Owens.

According to Knee, Glasgow's decision to pull up next to the Neon and to attempt to handcuff Owens over the door were violation of policy; Glasgow "was not trained by the [APD]" to use either of those techniques, he wrote. "[B]ased on the facts cited herein, Internal Affairs recommended that I sustain two policy violations," Knee wrote, including "Glasgow's use of poor judgement in trying to effectuate this arrest by himself, particularly his decision to reach into the Neon while the engine was running."

According to Glasgow's attorney Travis Williamson, city officials approached him before Glasgow's departmental Disciplinary Review Board hearing – during which the chief metes out punishment – "to try to work out a deal." Williamson said that he and Michael Rickman, Glasgow's civil service attorney, "felt fairly confidently" that without a deal Knee would fire Glasgow. Though Williamson claimed such a termination wouldn't hold up in arbitration, he said that appealing that decision would indefinitely prolong resolution of the case. Ultimately, he said, Glasgow agreed to the suspension – agreement is required under civil service law for any suspension longer than 15 days – because he "needs his job, likes his job" and has a family to support. By accepting the suspension, Glasgow agrees to give up his right to appeal the suspension to an arbitrator, to civil service commissioners, or in district court.

Owens' family did not consider Glasgow's suspension good news. "The family continues to be befuddled," said family spokesman Bob Mann. "A 90-day suspension without pay seems insufficient in exchange for a life." The family is moving forward with a plan to ask the U.S. attorney's office in San Antonio to look into the circumstances of the shooting and into whether Travis Co. District Attorney Ronnie Earle's office in some way colluded with police to stymie justice for Owens.

Owens' family is not alone in its concern over Glasgow's punishment. Also on Feb. 9, the Office of the Police Monitor issued a press release, stating that the 90-day suspension was "inconsistent with the Citizen Review Panel's recommendation that Officer Glasgow be terminated" – a recommendation the panel made last week. (On Feb. 5, Police Monitor Ashton Cumberbatch told reporters that the CRP had concluded that the APD's IA investigation into the Owens case was "thorough and complete," and that they would not be recommending any further internal or independent inquiry into the matter. He also said that the panel had made some policy recommendations – primarily regarding training and recruiting – but did not mention that the panel would recommend Glasgow be terminated.)

The panel based their termination recommendation on their "belief that regardless of Mr. Owens' actions, this tragedy would not have occurred had [Glasgow] followed APD's policies, practices, and the training he received," reads the press release. "The recommendation was also motivated by the panel's concern for the future safety of other citizens and police officers."

The panel's public call for Glasgow's termination has angered both the Austin Police Association and Glasgow's attorneys. Disciplinary recommendations are not within the panel's purview, as laid out in the civilian oversight portion of the APA's meet-and-confer labor contract with the city, said APA President Mike Sheffield. Further, Williamson said, the panel's remarks erroneously absolve Owens of any responsibility for the circumstances leading up to the shooting and reinforce the notion that Glasgow single-handedly decided Owens' fate. "If you're going to pick a point in the causal chain, a point in the line of dominoes, that isn't it," he said.

Williamson said that according to at least one witness statement he's read, taken by a homicide detective investigating the shooting, the Neon that Owens was driving the night he died was a "crack rental" – a car Owens had borrowed from its owner in exchange for a $20 rock of crack cocaine. Although Owens had promised to return the car that same evening, Williamson said, he failed to do so. The owner of the car saw Owens driving it the following day and tried to flag him down, but Owens turned away and sped off, Williamson said, and the owner reported to APD that the car had been stolen.

"So there is no question that Owens knows he's not supposed to be in that car," Williamson said. "The tragedy would not have occurred if Mr. Owens hadn't traded a $20 rock of cocaine for that car. It wouldn't have occurred if he'd returned the car to the owner as he'd agreed to do. The tragedy wouldn't have occurred if, when the owner of the car saw [Owens] the following day, he'd stopped and returned the man's car," he continued. "And it certainly wouldn't have happened if Mr. Owens hadn't pinned the arms of Officer Glasgow and dragged him down the street." Williamson said that he is not "trying to get back at" Owens' family, but that he is "upset" that the monitor's office would be "willing to say something like that without acknowledging the other circumstances" that contributed to the shooting.

Mann said that he hasn't discussed specifically "those circumstances" with Owens' family, but he still doesn't see that the situation would justify Glasgow's actions. "The relationship between driving a car that may have been involved in some sort of drug deal and shooting someone five times," he said, "last time I looked, that was not a capital offense."

Biscoe Defends the M.E.
A response to the Rev. Sterling Lands' charges of coroner misconduct