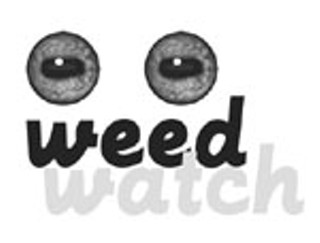 Should Ditto Master Rush Limbaugh be tossed into the pokey for having his maid illegally obtain narcotics to feed his OxyContin pain pill addiction? Or, despite Limbaugh's often callous and myopic view on drug laws, should the conservative radio talk-show host be left alone? That's the question being asked by the Drug Policy Alliance, a nonprofit drug reform group. As of Jan. 9, 5,088 had logged on and weighed in -- and if it were up to those respondents, Limbaugh would be wearing orange: 64.27% answered that Limbaugh "should be prosecuted to the fullest extent of current drug laws," while 32.86% opined that Limbaugh's "addiction should be a private matter -- he should be left alone." To view the results, go to www.drugpolicy.org/rush.

In other news on the drug beat:

Federal prosecutors in New York allege that advertising agency giant Ogilvy & Mather Worldwide submitted inflated bills to the White House Office of the National Drug Control Policy in 1999 and 2000, overcharging the federal government for its work on a $684 million anti-drug ad campaign, reports the Washington Post. A federal grand jury on Jan. 6 indicted O&M finance director Thomas Early and former senior partner Shona Seifert with filing the false claims and ordering other employees to fudge on their timecards in order to increase the number of hours billed to the feds. O&M won the ONDCP's anti-drug ad campaign contract in 1998, and has brought us such memorable spots as 2002's Super Bowl spot that linked individual drug use to terrorism. The ad campaign has been the subject of ongoing criticism, primarily because studies -- some government-funded -- consistently show that the ads have little if any effect in deterring drug use.

The man behind the now-infamous and fruitless November 2003 early morning drug raid at Stratford High School in Goose Creek, S.C., Principal George McCrackin, has resigned his job. According to the DPA, McCrackin will be reassigned to another job in the suburban Charleston school district. Meanwhile, several civil rights suits stemming from the raid, during which local cops stormed the school and held students at gunpoint while drug dogs checked lockers and backpacks, are still pending.

The National Organization for the Reform of Marijuana Laws wants you to register to vote. "Currently, millions of marijuana smokers are unregistered to vote and, as such, remain politically inactive in state and federal affairs," NORML Executive Director Keith Stroup said in a press release. "As a result, too many elected officials feel little or no political pressure from their constituents to support marijuana law reform." NORML hopes to put an end to that by registering tokers to vote during its national "Smoke the Vote" campaign. The nonprofit organization hopes its efforts will help "transform the millions of Americans who smoke marijuana responsibly into a powerful, visible political constituency." To register to vote or to update registration info, go to www.norml.org. Feb. 9 is the deadline to register to vote in the March 9 primary.