The Fruit of the Pro-Lifers' Labors

What Texas women now need to know before an abortion 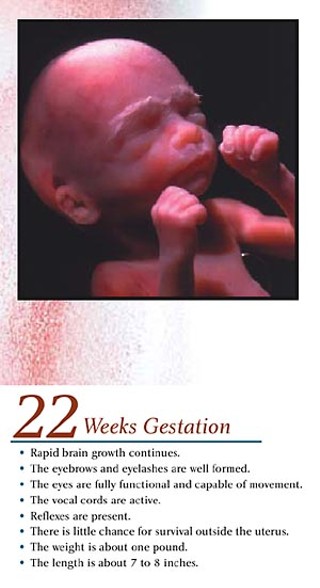 It looks like the long-lived dream of state Rep. Frank Corte, R-San Antonio, to officially interfere with women's rights has finally come true. After three consecutive attempts to force an "informed consent" bill through the Lege, in 2003 Corte finally won passage for his HB 15 -- and now the fruits of his labor can be seen on abortion-provider pamphlet racks statewide. After four months of preparation, the Texas Department of Health has sent out its first shipment of the 20-page brochure "A Woman's Right to Know" and its companion "resource guide." The documents -- which now must be provided to all women seeking abortions -- have touched off another round of protests in the ongoing debate over reproductive rights.

Under the new law, which took effect Jan. 1, licensed abortion providers are required to secure "voluntary and informed consent" of their patients at least 24 hours before performing the procedure, by providing detailed information about fetal development at various gestational stages, the risks involved with terminating a pregnancy, and a list of agencies that "offer alternatives to abortion." All of these provisions have been incorporated into the new TDH brochures. Advocates for reproductive rights say the brochures bear out the fears that led them to oppose HB 15 all along.

The pamphlet contains biased information that panders to an anti-abortion agenda and is rife with inaccuracies, says Sarah Wheat, public affairs director for the Texas Abortion and Reproductive Rights Action League. "The language is very subjective, not medically based, and is designed to ... intimidate women," she said. "We've fought this thing all along. This has been a train coming that we weren't able to stop."

Among the most dubious assertions in the pamphlet is a claim that women who abort their first pregnancy are not as "protected" from developing breast cancer as women who carry their first pregnancy to term. Medical research has been, at best, inconclusive about the relationship between breast cancer and pregnancy, and many health experts say the claim is simply a lie. Additionally, Wheat notes the pamphlet goes overboard in outlining all of the potential emotional "risks" to having an abortion, going far beyond what HB 15 requires. "There is egregious, medically inaccurate information" in the pamphlet, said Wheat.

For example, in a section that describes in detail a mid- to late-term "dilation and extraction" abortion procedure (aka a D&X or so-called "partial birth" abortion), a special footnote reports that former Surgeon General C. Everett Koop in 1996 opined that a D&X "is never medically necessary to protect a mother's health or her future fertility." Similar footnotes are not found anywhere else in the pamphlet, belying the anti-choice agenda at the heart of the project, Wheat said. She adds that Koop also investigated the allegedly severe emotional aftereffects of abortion -- so-called "post-abortion syndrome" -- and concluded that there is no credible link between abortion and future emotional disturbance.

No footnote acknowledging that finding appears in the pamphlet, even though a whole section addresses the potential emotional aftereffects of the procedure: "Some women have reported serious psychological effects after their abortion, including depression, grief, anxiety, lowered self-esteem, regret, suicidal thoughts and behavior, sexual dysfunction, avoidance of emotional attachment, flashbacks, and substance abuse." National statistics show that 43% of women have had an abortion by the age of 45, Wheat said, "meaning nearly half of the women in the country have had this procedure." If post-abortion syndrome were a fact, public health trends would reflect its effects, she said. "It simply doesn't exist."

The state spent four months developing the language -- passing it through a five-person outside "workgroup" for additional drafting and accepting hundreds of public comments -- and has produced approximately 120,000 copies of the two pamphlets (at a cost of about $110,000). But that doesn't necessarily mean the pamphlet is here to stay: Wheat said TARAL and other reproductive-rights advocates are contemplating legal action in an attempt to recall the brochures.

Meanwhile, more of Corte's reproductive regulations are yet to come. At press time, the TDH board was set to consider adopting a new rule that would require all women to present a valid photo ID that includes a date of birth. Ostensibly, the requirement is aimed at ensuring that minors obtain parental consent before an abortion. But the proposed rule would require the provider to make a photocopy of the identification to be kept on file. (If a woman doesn't have an ID with a birth date, she would have to execute an affidavit stating her date of birth; the affidavit would also have to remain in the facility's files.)

Also, on Jan. 6 Corte filed a request with state Attorney General Greg Abbott, asking that he determine whether Texas can impose these new regulations -- including the informed consent and identification requirements -- on private physicians who on occasion provide abortions, but are not required to be licensed by the state to do so. (An opinion is expected some time next month.)

At the heart of all these new restrictions, said Wheat, is the mistaken assumption that women aren't capable of making reproductive decisions on their own, but need the state to help them out. "We don't know of any woman at all that would jump out of bed in the morning and say, 'Gee, I think I'll have an abortion today,'" she said. "As if we're silly, frivolous, careless, and thoughtless -- but apparently they'd like that same person to have kids. That doesn't make any sense to me, and, frankly, it's offensive." 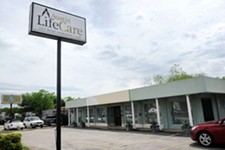