Tweet
print
write a letter
Why does the state of Texas run its own venture-capital business, anyway? Who benefits politically from high-risk investments in companies that -- like Veridian -- are in potentially unsavory lines of work? If such concerns are all subordinate to the power of the dollar, then the natural temptation is to credit the Republicans with responsibility for the Texas Growth Fund and any successes -- or scandals -- that may emerge from the investment of over half a billion dollars of state money. A 1988 constitutional amendment creating the fund was presided over by then-Gov. Bill Clements, a Dallas oilman and former high-ranking Defense Department official. (The fund actually began operations in 1992.)

But a very important Democratic hand may have been at work behind the scenes as well.

"That was [Bob] Bullock's deal," says a former investment official of the Teacher Retirement System of Texas, who asked not to be named but was present at the TGF's creation. According to this former official, the then-lieutenant governor (Gov. George W. Bush's mentor) considered the teachers' pension fund a big bank -- which in a sense it is, with a present value of $77 billion -- a very small percentage of which could be tapped to great effect for political purposes.

In the scenario envisioned by Bullock (who was elected in 1990) says the ex-TRS officer, if a state senator or other elected official had a company in his district that was ailing or needed an infusion of cash, the growth fund could be called upon for a bailout. That is, of course, exactly what TGF officials say does not happen, but it's a possible scenario to keep in mind while looking at the fund's investments.

Since beginning operations in 1992, the Texas Growth Fund has invested money in more than 40 businesses. Ten years later, six of those companies -- including a manufacturer of children's clothing in El Campo and a heavy equipment vendor in Houston, with a combined state investment of over $40 million -- have gone bankrupt. Successful investments in Houston, according to TGF officials, include a towing operator on the Ship Channel, a drug-testing firm, and Community Education Partners, a vendor to the Houston Independent School District. In Dallas, a successful venture for the state has been a company that provides turf for the Dallas Cowboys to play on, and a very private merchant banker named Hoak Breedlove Wesneski that itself does investment deals. The rules under which TGF operates require that the fund work with larger or more experienced investors, which in the past have included the UT Investment Management Company, Austin Ventures, and Wingate Partners, a private investment fund which represents, among others, "several prominent Dallas families."

In Austin, the state's investments include Classic Cable, which shows old movies, and Hart InterCivic, formerly the printer Hart Graphics, which has morphed, with TGF's help, into one of three main national manufacturers of electronic voting equipment. Another recent venture is a helicopter-ambulance service started by a former high-ranking Nixon administration official.

Profits (or lack thereof) aside, it is TGF's investment in Hart InterCivic which may be the most problematic. A recent New York Times story reported that some observers accuse the three electronic voting vendors -- now doing a brisk business in the wake of the debacle in the Florida recount of the 2000 presidential election -- of being too closely tied to the Republican Party. A Hart InterCivic spokesman describes those charges as "rubbish." Perhaps. But the fact remains that Hart InterCivic is partially owned by the state of Texas -- which itself is currently wholly owned by the Republican Party.

And given that the GOP is playing with public money, the internal operations of the TGF are also open to some question. During a 2001 Teacher Retirement System board meeting, a member of the board said that in the case of TGF, as a trade-off to help create jobs in the state, the TRS had waived the state's "prudent man" investment standard. TRS spokesman Howard Goldman says, however, that the prudent man standard -- under which the state is held accountable to invest its money as a "prudent man" would his own -- remains in force and applies to TGF.

Jim Kozlowski, president of the private company that exclusively manages the growth fund, has claimed that TGF investments in Texas companies have created as many as 1,000 jobs in the state and helped retain as many as 7,000. Basic manufacturing and service distribution companies -- as opposed to high tech ventures like Veridian and Hart InterCivic -- are TGF's bread and butter investments, he says. "There's everything from propane gas companies to rural cable TVs to baking companies."

Kozlowski says one mistake TGF management made was in trying to get involved in Austin's venture capital boom -- when the bust hit, TGF had to write off completely its investments in two high tech companies. "If you set the clock back about 18 months to the venture capital market, Austin is probably the hottest venture capital market in Texas, clearly, and one of the hottest in the country. ... You're almost afraid not to participate," Kozlowski said in 2001, explaining losses to the TRS board. "So we learned a little bit of a painful lesson here. Our strength is not in venture capital. Again, we did this with full disclosure of our board [most of whom are directly or indirectly appointed by the governor]. It made sense at the time. It doesn't make as much sense in the rearview mirror."

Everyone seems to agree that private equity investment of the kind practiced by TGF requires a much longer time frame, as long as 15 years, to determine success, so it's difficult to say yet what overall outcomes TGF will have. Certainly the Veridian windfall has helped. According to a TRS calculation dated May 31 of last year, TRS had invested $272 million in the growth fund, had received $87 million in returns, and had paid $27 million in management fees. 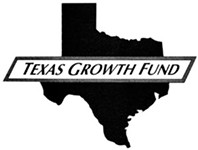 No Growth at the Growth Fund
Despite dismal returns on state dollars, the Texas Growth Fund springs eternal