Tweet
print
write a letter
Who says George W. Bush has wrecked the economy? He -- and his supporters in the right-wing media echo chamber -- have spawned an entire industry devoted to ridiculing and skewering his administration, his policies, and/or him personally. In fact, there is much, much more than we could list here, but these are just a few of our favorites.

Press her button, and this very lifelike doll spews off the best lines from the crazed queen of the right-wing fem-bots, including this gem: "Liberals hate America; they hate flag-wavers; they hate abortion opponents; they hate all religions except Islam, post-9/11. Even Islamic terrorists don't hate America like liberals do. They don't have the energy. If they had that much energy, they'd have indoor plumbing by now." We presume the action figure puts about as much thought into that rant as Ann herself did. Voodoo needles not included. (Also available: talking action figures of Bill Clinton, flight-suit George W. Bush, and Dennis Miller. No, seriously.) www.conservativebookservice.com. 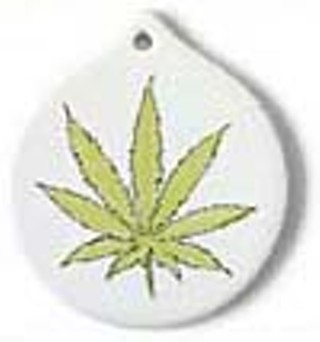 You can have a very merry holiday and support a worthy cause with this fine gift idea from the National Organization for the Reform of Marijuana Laws. They also promised to create a similarly decorated dreidel, but as of press time, seemed to be lagging behind on getting that done. (Figures. Slackers.) (Also available: tote bags, T-shirts, etc. -- and made of hemp, natch.) www.cafeshops.com/norml. You've already seen the Austin-based activist company AgitProperties.com profiled in the pages of the Chronicle ("Fox News Fauxs Up," Politics, July 11), so do your part to Buy Greater Austin by wearing the T-shirt that prompted Fox News to threaten legal action (which bore about as much fruit as its suit against Al Franken). "We Distort, You Comply." (Also available: Among other items, T-shirt featuring Ann Coulter as Miss September 1939, wearing her best Nazi fetish gear.)

The fictional Betty Bowers bills herself as America's Best Christian and claims to be "so close to Jesus, I'm still returning lingerie he gave me last Christmas!" Besides promoting outreach ministries such as "BASH: Baptists Are Saving Homosexuals" and a children's book club offering titles such as Jesus, Will My Islamic Playmate Butcher Me to Death? (Answer: "Yes, little Bobby. At the first chance he gets."), her more-blasphemous-than-thou Web site offers real products such as this Rush Limbaugh drink coaster (and Rush probably needs a drink these days). Needless to say, if you buy anything from this site, you are probably going straight to hell.

The Funny Times has come out with its annual seed packets for your victory garden. Previous offerings including Texas Homegrown Dope Seeds (featuring a picture of Bush) and Global Warming Bush ("Seeds of Environmental Destruction"). This year's crop, Soldier Bush Beans, are used "to create stewing conflicts, simmering resentments and boiling mad enemies," but Funny Times warns they also "can lead to shock and awful explosive problems with gas for years to come." "Peace on Earth, Good Will to Men" is not a bad message for this year's holiday, and a healthy international reminder is this new book by AK Press and Hello NYC. Conceived and created by anti-war organizer Connie Koch with photo-editing by Mariele Fritzsche and editing by Barbara Sauermann, 2/15: The Day the World Said NO to War (242 pp., 131 illustrations) is a full-color collection of more than 100 photographs from the worldwide peace demonstrations last Feb. 15 -- from Amsterdam to Vancouver, and myriad points in between, including Austin (p.27). The photos, like the crowds, are eclectic and inventive, with even a few of the now widespread "naked" protests, at least one of which (by National Science Foundation employees in Ross Island, Antarctica) showed not just flesh but courage. Brief commentaries from Gandhi to Sontag, including this from Tolstoy: "In all history there is no war which was not hatched by the governments, the governments alone, independent of the interests of the people, to whom war is always pernicious even when successful." www.akpress.org.