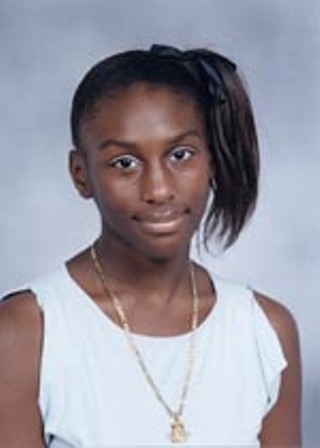 Carolyn Mosley Samuel, mother of slain Reagan High School student Ortralla Mosley, has filed a civil rights suit in federal court against Austin ISD, seeking $23.2 million in damages, in the wake of her daughter's on-campus murder by her ex-boyfriend Marcus McTear in March.

Mosley Samuel's suit alleges that district officials violated her daughter's rights under Title IX of the Education Amendments of 1972, as well as under the Equal Protection Clause of the 14th Amendment. Title IX addresses gender discrimination; it has most famously been used to ensure equal funding for women's athletics programs, but has recently also been applied in cases of in-school student-on-student harassment.

In a 5-4 ruling, the U.S. Supreme Court in 1999 opined that in student harassment cases, a school district may be held liable for monetary damages under Title IX. In that particular case, a student at a Georgia public school alleged that persistent sexual harassment by another student was repeatedly ignored by the school's teachers and administrators. The Supreme Court held that the district could face financial liability under Title IX if they acted with "deliberate indifference to known acts of [sexual] harassment," when the harassment is "so severe, pervasive, and objectively offensive that it effectively bars the victim's access to an educational opportunity or benefit."

Fifteen-year-old Mosley was stabbed to death on March 28 in a Reagan High hallway by 16-year-old McTear, who in June pleaded guilty to the murder charge. (In October, Mosley Samuel settled a wrongful death suit she filed against McTear's parents for $300,000.) The case, the first on-campus murder in AISD history, spawned a community outcry that the district didn't do enough to ensure the safety of its students, particularly at Reagan and other Eastside schools. The latest lawsuit alleges that AISD could likewise have done more to protect Mosley herself. In court, witnesses testified that McTear had a history of trouble with at least one previous girlfriend -- and that Reagan officials were aware both of those problems and difficulties in his relationship with Mosley, including reported threats against Mosley prior to her death.

"AISD employees left Ortralla Mosley in the dark regarding the grave danger in which she was," Mosley Samuel's attorney Sergei Kuchura wrote in the suit. "At the time immediately after [the previous] assaults or harassive acts, the district did not take effective steps to ensure that assaults and sexual harassment by Marcus McTear against female students did not continue." The Texas Association of School Boards this summer retained Austin attorney Kevin Cole to represent the district in anticipation of Mosley Samuel's suit.