There was good news and bad at a Reagan High public forum held Oct. 29 by District 50 state Rep. Jack Stick, attended by a couple of dozen Northeast Travis Co. residents and a brace of Texas Commission on Environmental Quality personnel. They were in attendance because, Stick said, the dominant "quality of life" issues in the eastern part of the district are both environmental: the proposed Captex sludge farm near Manor, and the two private landfills in northeast Austin, near Harris Branch and Walnut Creek. Captex has received a TCEQ "registration" allowing it to operate, but apparently has not yet begun applying sludge to the 100-acre tract it owns, pending a Nov. 19 hearing before the commission itself.

Stick called the sludge farm "wrong from a policy standpoint, a political standpoint, and an environmental standpoint," and his spokesman Casey Haney said that the TCEQ executive director will recommend that the registration be overturned -- in the wake of objections filed by Stick as well as District 46 Rep. Dawnna Dukes, Travis Co. Judge Sam Biscoe, the Lower Colorado River Authority, the Blackland Prairie Concerned Citizens Association, and a host of others. Although commissioners are not bound by staff recommendations, opponents say they're optimistic.

There was less optimism concerning the landfills, which Stick called "the 800-pound gorilla -- they're there, and we need to find a way to make the landfills work, and comply with the law." Neighbors complain that the landfills, operated by Waste Management Inc. and Browning Ferris Industries, are not maintained properly and create trash and traffic problems and occasionally overwhelming odors. Stick noted that after more than a decade of operation, "The landfill was not a problem, then it was -- something created a problem. ... If we can't solve the problem, they might have to move." Community activist Trek English expressed concern that the landfills may file for permission to expand vertically. Pressed by Celia Israel, Democratic candidate for the Precinct 1 Commissioners Court seat currently held by Ron Davis, Stick reiterated, "If there is a petition to expand vertically, we're going to oppose it."

Stick, a former prosecutor, said he was frustrated that environmental regulators must rely so much on voluntary cooperation by polluting companies, and said he opposed the law just passed to require local prosecutors to ask permission of TCEQ before pursuing pollution violations. "Texas prosecutors have a 150-year tradition of unfettered discretion and it ought to stay that way," Stick declared, and then added with a grin -- "with perhaps one exception."

Was that a reference to recent Republican efforts to remove the state's Public Integrity Unit from the authority of Stick's former employer, Travis Co. District Attorney Ronnie Earle? Asked about it later, Stick would say only, "That had nothing to do with Ronnie Earle." 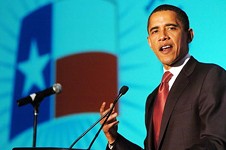 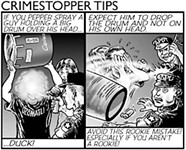