Mala Sangre: City Shoots Self in Foot, Then Reloads

The city's legal strategy -- or lack thereof -- in the Jeff White suit. 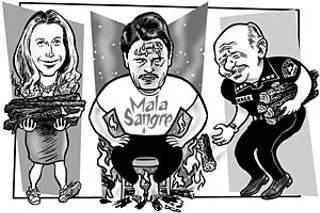 As the clock winds down on an independent investigator's inquiry into whether Austin Police Department Assistant Chief Jimmy Chapman committed perjury under oath during a deposition this summer, the whistle-blower lawsuit filed against the APD by Officer Jeff White (for which Chapman was initially deposed) proceeds. Deposition testimony continues to raise additional questions about Chapman -- and others in the department's upper ranks -- while city officials remain deafeningly silent regarding the mounting evidence of questionable conduct by police administrators. And the city's legal strategy appears to be equally mysterious.

White's attorney Don Feare says he is frankly puzzled by the defense tactics of city officials, including City Manager Toby Futrell, APD Chief Stan Knee, and city outside counsel Lowell Denton. "I'm beginning to wonder, did we all switch sides or something?" Feare asks. The city "has been calling witnesses and asking questions of them that aren't particularly helpful to them. I just can't figure it out."

White filed suit in May 2002, alleging that Chapman transferred him from his assignment in organized crime and narcotics in retaliation for White's alleging (as had other officers) that Chapman may have interfered with the mid-Nineties drug trafficking investigation code-named Mala Sangre. Shortly after White filed suit, the city moved to dismiss the case on two grounds: that White never reported his suspicions about Chapman to a legally "appropriate law enforcement source," and that there is insufficient evidence of retaliation. The depositions taken since are intended to provide District Judge John Dietz with evidence to rule on those two issues.

Knee, Chapman, Denton, White, and Futrell were deposed in July, and some of their testimony subsequently raised questions about Chapman's truthfulness. Chapman had said he was "shocked" by White's allegations; that he had nothing to do with White's transfer; and that he never asked APD Internal Affairs investigators to remove a set of phone records, belonging to former FBI agent John Maspero (now the Williamson Co. sheriff; see p.28) from the file of an unrelated IA investigation. Chapman's version was initially challenged not only by White but also by Knee in his own deposition; conflicting testimony over the phone records prompted Knee to hire James McLaughlin, the director and lobbyist for the Texas Police Chiefs Association, to conduct an inquiry.

The phone-records probe, while potentially damaging to Chapman, has little to do with the claims at the center of White's lawsuit, and the July deposition testimony could have been sufficient for Dietz to rule on the city's motion to dismiss. But instead of asking for such a ruling, the city proffered a second list of witnesses to be deposed -- a move that has likely dashed any chance that Dietz would rule in its favor and dismiss White's suit. In September, the city deposed APD Detective Howard Staha, who testified that Chapman told him in late December 2002 that Chapman had decided to transfer White -- which contradicts not only Chapman's testimony, but also that of White's supervisor, Lt. Manuel Peña, who testified that it was he who decided, in mid-January 2003, to transfer White for "poor performance."

The witnesses on the city's second list also did great damage to Chapman's claims about the Maspero phone records. Former IA detectives Rick Cockman and Gary Fleming both testified that Chapman and Maspero came to them seeking to have Maspero's phone records removed from the closed IA file of Cmdr. Joe Putman. "And [Chapman] said, 'Rick' -- he says, 'John [Maspero] is getting ready to run for sheriff up in Williamson County. I understand he has some phone records in the Putman file, and he doesn't want anything to come up that might embarrass him in his campaign, and would like you to remove those records from the file,'" Cockman testified. "And finally I said, 'Jimmy,' I said, 'it's part of an official file.' And ... it's an official file, you can't remove stuff from that."

"He was trying to talk you into it?" Denton asked.

For good measure, the city also subpoenaed Sgt. Richard Burns, who added a couple more nails to the city's legal coffin. According to the Mala Sangre investigators, Chapman and Maspero -- the former FBI liaison to the APD -- had interfered with their investigation, in part by halting undercover surveillance work at an East Austin nightclub where APD officers were allegedly using cocaine. On Sept. 18, Burns testified that he was part of the surveillance team watching the club. One night the team began their surveillance work early, he said, when Chapman and Maspero showed up, put a stop to the surveillance, and gave the team an "ass-chewing" for starting work early. In his experience, added Burns, "That's the first time having been pulled off of surveillance for showing up early. [It] was highly unusual."

"Did you have any feeling that there may have been something going on at the site ... that you weren't supposed to see?" Feare asked.

Despite the damaging holes these depositions have already blown through the city's defenses, Feare expects the city to proffer yet a third list of witnesses. He said Denton recently approached him about the possibility of entering into settlement talks, but hasn't followed up. Meanwhile, the legal bills -- a cost that will likely be passed on to taxpayers -- continue to accumulate, on top of the $30,000 already paid to McLaughlin.

And whether the contents of McLaughlin's report will ever be made public remains to be seen. In deposition testimony, Denton repeatedly says the investigation is being conducted as an IA case -- meaning that unless Chapman is disciplined, the report will likely never be made public. But APD spokesman Kevin Buchman said the inquiry is not being conducted like an IA inquiry. What happens with the report, Buchman said, will be up to Knee. 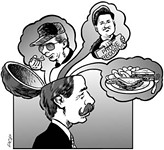 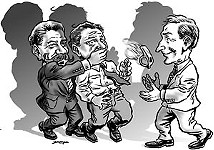