Austin police Officer Scott Glasgow was indicted Oct. 20 by a Travis Co. grand jury on one count of criminally negligent homicide for the June 14 shooting death of 20-year-old Jessie Lee Owens. "To each of the grand jury members who put principle ahead of political pressure, thank you," said Owens' mother, Barbara Shorts. But whether principle -- and, perhaps, justice -- will truly outrank politics in this case still remains to be seen.

According to APD, at 1:27am on Saturday, June 14, Glasgow spotted a Dodge Neon, which had been reported stolen, near the intersection of 12th and Airport. In response, Glasgow radioed for backup and followed the Neon, which pulled over in the 1600 block of Tillery Street before backup arrived. Still, Glasgow parked his patrol car alongside the Neon and approached Owens; the officer reportedly already had his gun drawn when he reached the car and attempted to get Owens out of the driver's seat. Through circumstances that are still unclear, Glasgow was reportedly trapped in the partially closed door of Owens' car when the driver accelerated down Tillery, at which point Glasgow fired five times; the Neon struck a parked SUV and a fence before coming to a stop.

The case was investigated by APD homicide detectives and presented to a grand jury, empanelled in July, for review and further investigation. A source tells us that Owens' mother, Barbara Shorts, and his great-aunt, longtime Austin politico Hazel Obey, testified during the proceedings, as did an Oklahoma-based forensics expert -- brought in at the Owens' family's request -- who reviewed the physical evidence taken from the scene and concluded that it matched up with Glasgow's account of the shooting. Still, more than four months after the shooting -- and after the jury's term was extended in order to offer the jurors more time to review the case -- the jurors finally handed down an indictment that makes no mention of the actual shooting.

Rather, the Oct. 20 decision lists Glasgow's actions leading up to the shooting, and concludes that those actions -- which ostensibly amount to a string of procedural violations -- caused Owens' death. Among the indictable actions the jurors attributed to Glasgow: "stopping and parking his police vehicle beside and too close to [Owens'] vehicle"; exiting his police car without turning on his emergency lights; approaching Owens before a backup unit arrived; and "attempting to handcuff [Owens] by reaching his arm over the driver's door and into [Owens'] vehicle." In short, it appears that the criminal case against Glasgow has been built -- and may be prosecuted -- solely on a series of potential violations of department procedure.

And the Austin Police Association is questioning whether Glasgow actually violated any APD procedures. APA President Mike Sheffield points out that the department's "Values, Vision and Mission" statement sets out guidelines, but not imperatives. "This policy consists of principles and values that guide the performance of departmental activity," reads the mission statement. "This policy is not a statement of what must be done in a particular situation [emphasis in original]." In short, Sheffield said, the grand jurors don't understand police procedure. "This will have a chilling effect, all the way down the line," he said. "Officers now have to ask themselves: will you be indicted for a possible policy violation if you have to use deadly force? There are many situations where you get a call and one officer would typically walk up and start working a situation. Well, not any more." (An APD Internal Affairs investigation has been on hold pending the outcome of the criminal inquiry, so whether Glasgow will face departmental reprimand for any policy violation remains to be seen.)

Still, Owens' family sees the indictment as a historic event. "Somehow the grand jury in its wisdom has rendered a verdict that I think is historic," said Obey. Never before has an Austin police officer been indicted "for killing someone while on duty," she said. Owens' mother seconded her aunt's sentiments. "As I said when we buried my son ... the time for secrets is over," she said. "I am grateful that the entire community will hear and consider the facts in this case. I believe that, regardless of the verdict in this case, a new day has dawned for Austin and it is a day full of promise." 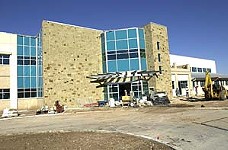 Austin @ Large: Austin at Large
Equal protection: "a different brand of law enforcement' may be just what the Eastside needs