Redistricting: the end? the feds and the courts pick up the shattered pieces of Texas 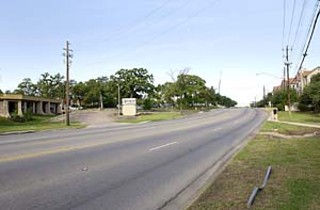 In John Ashcroft we trust.

That's the small and bitter prayer left to Texas voters, after the Legislature approved its congressional re-redistricting plan (HB 3) this week and sent it to the Department of Justice for preclearance under the federal Voting Rights Act. Democrats on Sunday night filed a court challenge, in U.S. District Court in Tyler -- where the 2001 map was drawn -- to block implementation of HB 3. Democrats remain convinced that the map violates the VRA; Republicans are equally adamant that the map protects and even expands minority voting rights.

That dispute had less effect on the final negotiations within the House-Senate conference committee than did the West Texas standoff between House Speaker Tom Craddick, R-Midland, and Sen. Robert Duncan, R-Lubbock. But partisan passion has now transformed the political geography of the whole middle third of the state, from South Texas through Travis Co. and up to the Metroplex. Craddick's House passed the final HB 3 map pronto, but Senate approval was less forthcoming. What nearly derailed the redistricting railroad? Carole Keeton Strayhorn and the OU-Texas football game, not necessarily in that order.

Lt. Gov. David Dewhurst was ready to call for a Senate vote Friday evening -- but suddenly announced a recess pending the House passage of HB 7, the government reorganization bill that would move the comptroller's efficiency reviews and school district audits to the Legislative Budget Board. Dewhurst and Bryan Sen. Steve Ogden (stung earlier by Strayhorn's budgetary rejection of his transportation bill) insisted Craddick had "promised" HB 7 in return for Senate acceptance of Craddick's map. Craddick denied any deal -- but no longer had the troops to exercise one anyway, since by Friday evening most Democrats and enough Republicans had bolted for Dallas, and even a perfunctory "call on the House" couldn't bring them back.

It was Sunday afternoon before Craddick could restore discipline. Despite righteous fulminations from a few uppity R's (Terry Keel of Austin, Carter Casteel of New Braunfels, and Charlie Geren of Fort Worth), HB 3 passed easily, and the House adjourned sine die. A few hours later, the Senate finally passed redistricting (in the end, only Mount Pleasant's Bill Ratliff and Horseshoe Bay's Troy Fraser could muster the cojones to rebel) and, following a weird 30-minute GOP caucus that decided to maintain "probation" on the misbehaving Dems, the Senate adjourned as well.

Senate Dems now look for redress, somewhat wistfully, to the DOJ and the federal courts. Sen. Eliot Shapleigh, D-El Paso, said the map contains "at least three egregious violations" of minority voting rights: the conversion of Martin Frost's currently minority-impact District 24 into a white GOP suburban Metroplex stronghold; the splitting of Laredo and Webb Co. to create a "new" Hispanic district (while quietly re-Anglicizing Henry Bonilla's District 23); and the slashing of Travis Co. and Central Texas into snakelike strips, ostensibly to provide a new "Hispanic opportunity" District 25. "Every minority member voted against this map," said Austin Sen. Gonzalo Barrientos. "Yet they say it helps minorities. This is a sad day for Texas. ... Tom DeLay, Karl Rove, and the people who pushed this: This will haunt you."