Tweet
print
write a letter
Last Friday's groundbreaking for the State Highway 130 toll road -- held under a big white tent by the side of I-35 north of Georgetown -- brought out more than 300 people for a down-home tent revival, with Gov. Rick Perry and a bunch of other politicians praising each other to high heaven, as if building a 49-mile, $1.5 billion toll road to Mustang Ridge were a genuine blessed event. The blending of God and government, prophets and profits, and shiny yellow earthmoving equipment left the distinct impression that even Tom DeLay isn't the highest authority Republicans answer to. He is not Old Testament enough.

GOP Sen. Steve Ogden pulled out his Bible and read from the book of Genesis about how God says man should treat the Earth and the animals in just the bossy way the Almighty would. The words "subdue" and "have dominion over" figure prominently. It is a Republican favorite. Ronald Reagan's Interior Secretary James Watt cited the same in loco parentis text as justification for schemes to "subdue" the Grand Canyon and the national forests. Ogden prayed for God's help "as we attempt to subdue the Earth" with four (or more) lanes of pavement and a couple dozen toll booths, even though Odgen's partner in highway politics, Rep. Mike Krusee, admitted outside the tent that SH 130 won't even subdue the traffic problem on I-35. "Stop gridlock. That is all we are trying to do," Krusee said after Friday's event. "But it will be good for business."

Perry himself was cast in a religious-right light by ex-car dealer, UT benefactor, and business guy extraordinaire Red McCombs, who declared Texans "blessed that he thinks of the word 'go' rather than 'whoa.'" The governor then stood up and invoked the prophet Isaiah, saying, "Without vision the people will perish." Krusee and Ogden, he said, were "great visionaries in the transportation realm" -- although Perry seemed a bit at odds with Krusee's vision of the highway's impact, declaring SH 130 will mean Texans will spend "less time stuck in traffic and more time with their families."

Even Austin Mayor Will Wynn got into the spirit of things, declaring, "'The road to hell is paved with good intentions' pretty much sums up Austin's transportation strategy." Then Perry and the deacons and elders went out back and actually dug some dirt with golden shovels, while a couple of yellow front-loaders stood by, buckets raised in silent salute. Or was it prayer? 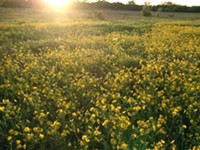 The Battle of the Bonds – Take Your Turn
With two public input meetings left, it's a good time to review the ups and downs, the winners and losers in the city's bond package so far 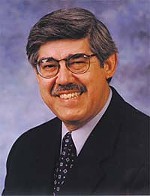 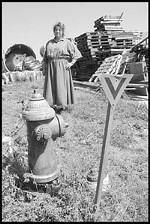