Sophia King: Is the Case Closed?

The city should have known its report couldn't bring "closure" in the Eastside shooting death. 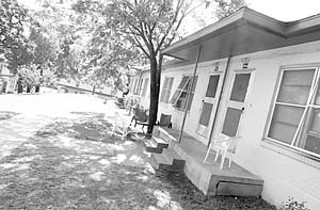 You should never make a promise that you can't keep.

That simple maxim would have served the city well in the hullabaloo over the secret report of the independent investigation into the shooting death of Sophia King. Since October 2002, when the Office of the Police Monitor's Citizen Review Panel recommended an independent inquiry into the June 2002 police shooting death of King, city officials have repeatedly said the inquiry would bring resolution for the enraged community. "I want closure," City Manager Toby Futrell told the Statesman on Nov. 7, 2002, after hiring Dallas attorney Steve DeWolf to conduct the inquiry. "I want the family of Sophia King to have closure, and I want closure for the officer, for the police department, and for the community."

Again, that was a promise the city couldn't keep. By insisting that, in any OPM-initiated independent investigation, officers would be compelled to submit to interviews -- just as they are compelled to cooperate with APD Internal Affairs investigators -- city officials long ago gave up their legal ability to release the investigator's findings to the public. When compelled to provide statements, officers are forced to give up their constitutional right against self-incrimination. That's why these compelled statements are kept confidential and are not admissible as evidence against an officer in a future legal proceeding -- protections granted by the U.S. Supreme Court (in Garrity v. New Jersey) way back in 1967, and since incorporated into Texas civil-service laws and into the city's contracts with the Austin Police Association.

But ever since announcing on Sept. 18 that the outside inquiry into the King case was complete -- but that no details would be released to the public -- city officials have expressed disbelief at their quandary. "It's not sensible," Futrell told the Statesman. "How can you have an independent investigation, because of a citizen review panel's concerns, and not release the findings? What would be the point of it? It's very, very frustrating."

On June 11, 2002, 23-year-old King, a black Eastside resident with a history of schizophrenia, was shot and killed by white APD Officer John Coffey as she chased, while threatening to stab, an employee of the Housing Authority of the city of Austin in the common area behind the Rosewood Courts apartments. The incident sparked an uproar, including allegations of racism leveled against Coffey and the APD by local NAACP head Nelson Linder and by Jim Harrington of the Texas Civil Rights Project, representing King's mother Brenda Elendu in a subsequent lawsuit. In the weeks that followed, the circumstances of the shooting were the subject of intense scrutiny; Coffey was cleared of wrongdoing by both APD homicide detectives and IA investigators, and was no-billed by a Travis Co. grand jury.

The case became the first high-profile test for the city's new Office of the Police Monitor, created in 2001 as part of the city's "meet and confer" agreement with the APA. The contract's civilian-oversight system mandates that the police monitor review any "critical incidents" such as officer-involved shootings. At its first-ever meeting last October, the OPM's nine-member citizen review panel -- appointed by the city manager -- reviewed the King case and voted unanimously to refer it to an outside investigator, a recommendation reluctantly accepted by APD Chief Stan Knee. This was not the panel's only option for action; if the panel had questions about APD's own investigation of the case, as then-police monitor Iris Jones said, it could have asked APD to reopen that inquiry.

The panel's recommendation presented its own pitfalls, since the APA meet-and-confer contract did not define the standard operating procedures an outside investigator would have to follow. In hiring DeWolf to do the independent inquiry, Futrell on Nov. 6, 2002, sent a letter to the Dallas attorney that included a set of S.O.P.s written by the city, which included a provision directing the investigator to include a summary of his findings for public release. But the investigation was put on hold after the APA challenged in court the city's ability to draft those procedures without union input. Union officials also voiced concern about DeWolf's power to reinterview officers, unsure whether officers would be afforded the protections of Garrity and of Texas civil service law if forced to speak to an outside investigator.

Both questions were brought earlier this year before arbitrator Claude Ducloux, who ruled that the city could devise the S.O.P.s without APA input and that DeWolf could compel officer testimony -- primarily, he opined, because the city agreed that Garrity and civil-service protections would remain in place. In testimony during the arbitration hearings, the city's witnesses confirmed that it was always the city's intention to keep confidential the findings of any independent investigation.

"[D]o we have identical limitations on the confidentiality of any work product by an independent investigator as compared to Internal Affairs?" city outside counsel Lowell Denton asked Assistant City Manager (and former deputy police chief) Mike McDonald. "Is the confidentiality the same for both?"

Last week, Austin Police Chief Stan Knee told reporters that, although he could not reveal any details, his review of DeWolf's report offered "no basis upon which to make any change in my previous decision," that Coffey had responded appropriately, using deadly force only as a last resort. Further, he said that the report had not prompted any changes to department policies. Those carefully chosen statements are as much of a glimpse into the report's contents as legally possible. Knee reminded reporters that the OPM panel would have access to the DeWolf report in its entirety and could ask further questions if it wants. "[T]he report ... is being presented to the same body that asked that an independent investigation take place, and a copy will go to the city manager," he said, adding that the report's contents will be "scrutinized by people who can make changes, if changes need to take place."