'The Powerful Odor of Mendacity' 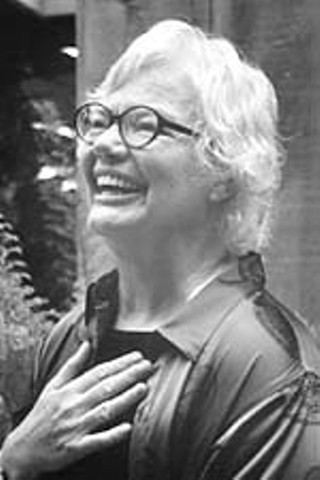 Last month Molly Ivins, the queen of Austin political columnists, and former Austin Chronicle Politics Editor Louis Dubose published Bushwhacked: Life in George W. Bush's America. The book is a sequel of sorts to their 2000 Shrub: The Short but Happy Political Life of George W. Bush, and takes a close look at the policies of the Bush administration in their direct effects on ordinary Americans. The specific subjects range across corporate deregulation, economic and environmental policy, public education, judicial appointments, and the war in Iraq. The authors write, "This book is about the connections between what happens in people's lives and the decisions made by often obscure parts of the federal government." As Texans, they also note, "We were tempted to begin this book by observing, 'If y'all had read the first book, we wouldn't have had to write this one.' Cooler heads prevailed."

Last week we spoke with Molly and Lou about Bushwhacked, and about their sense of the current American predicament. The following is excerpted from that conversation.

Molly Ivins: The book is not about Bush. We just went out and talked to people all over the country about what was going on in their lives. Nothing will make you feel better about this country, nothing will cheer you up more than getting out and talking to the people in it. Americans are so funny and feisty, and they'll raise hell, they'll start over, they'll fight back, they'll do whatever it takes. They don't waste any time feeling sorry for themselves. ...

The sad thing is how often people who are really, really suffering make no connection between what's happening in their lives and the decisions made in Washington. They just think, "Washington, that's way out there, that has nothing to do with me." And actually, it's exactly what's screwing up their lives. It's not just that people have lost jobs: They're losing pensions; they're losing health insurance; their health insurance costs are going double, triple; the administration was so late and slow on unemployment comp., they've left a million people stranded in the streets with nothing.

Louis Dubose: The idea behind the book was to find a Bush policy and to connect it to someone living in Oregon or someone living in the Mississippi Delta or someone dying of listeriosis in Pennsylvania -- and you know, it was not that hard. It was not rocket science, because it's all there. When it comes to information, the administration is secretive and closed down -- but even with the limited access that they provide you, it wasn't hard to follow the policy to the individuals affected by it.

MI: One of my favorite examples is that chapter on ergonomics ("The Blues in Belzoni"). When Bush came in, he appointed a guy named Eugene Scalia, son of the Supreme Court justice, to be the top lawyer at the Department of Labor. Scalia the Younger has spent his entire career as a very highly paid lobbyist in Washington, working for manufacturers associations, for the specific purpose of defeating ergonomic regulations. That was an effort started at the Labor Department by Elizabeth Dole -- that well-known communist. For 12 years they worked on trying to set up a central set of regulations. Everybody was at the table -- the manufacturers, the labor unions, the docs, all the players -- trying to prevent repetitive stress injuries, which actually cost industries an enormous amount of money, because millions of people get these things from repetitive motions at work. These regs had been worked out, they had been placed in the Federal Register, and then the Bush administration came in with a very clever ploy, and they undid the whole thing.

We went down to Belzoni, Mississippi, to talk to a bunch of very nice black women who work at the Delta Pride Catfish factory there. Not all of them get this, but there is a kind of repetitive stress that results in gangliatic cysts on the back of the wrist. These women -- they're not 30 years old yet -- their fingers look like they have rheumatoid arthritis, their hands look like a bunch of bent twigs. ...

LD: You see the same thing with the listeriosis regulations and the U.S. Department of Agriculture. I was doing another story in Philly, about this physician who died from eating listeria-tainted meat. Well, there were regulations on the books, completely finished, when Clinton left. They were done because a whole bunch of people died from eating Bil Mar franks and Sara Lee franks during the Clinton administration, and Clinton realized that it was politically imprudent to continue being the Tyson Foods president. The regs are on the books, and the Bushies put them on a kill list. 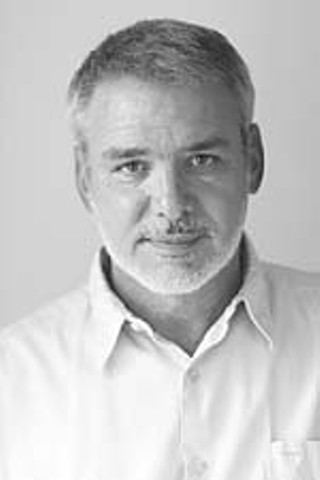 They could not plead ignorance when people started dying, because Carter's former Secretary of Agriculture Carol Tucker Foreman, who is now a food-safety advocate [at the Food Policy Institute of the Consumer Federation of America], called Ann Veneman when she was being sworn in as Bush's secretary of agriculture. Veneman agreed to take them off the kill list because she didn't want a bunch of pictures of children killed by listeria in lunch meat ruining her big day. They took them off the kill list, but then they disappeared for two years. In the course of that two years, a bunch of people died in Pennsylvania from an outbreak of listeriosis in a Wampler's lunch-meat-processing plant in Franconia, Pennsylvania. Wampler's is owned by Bo Pilgrim [of Pilgrim's Pride meats], and Bo Pilgrim has an equity position in George Bush.

They killed the regs, about 20 or 21 people die all over the country, countless people are sickened. So in April of this year, they announce with great fanfare that they're implementing new listeriosis regs, to stop the sort of outbreak that occurred about a year and a half before. But they've removed that part of the regs which requires end-product testing of the meat if you've had two hits in the plant of the toxic form of listeria. Yet they stand up and announce that they've solved the listeria problem. ... It's just this sort of dishonesty that is so pervasive in this administration.

MI: Even people who voted for Bush have been absolutely astonished by the bolt to the right. They were going along in the first year until September 11, and his favorable rating was down, even though by normal standards the press gave him a helluva honeymoon. And then came September 11, and we all rallied -- and I think they just took that as, this guy can do whatever he wants now, and they just went whole hog. The extent to which that administration is just captive of the movement to the right is really eerie. One of the fatal political mistakes they're making is that classic political mistake when you only listen to the people on your side. That information group gets narrower and narrower and people convince themselves of things that simply aren't true.

LD: The depth of the administration's cynicism recalls the Big Daddy line from Cat on a Hot Tin Roof, "I detect the powerful odor of mendacity." It's the most intellectually corrupt administration -- beyond the ordinary sort of corruption -- since the Harding administration. They're these guys that tell you it's raining while they're pissing on your shoes. That's the pattern, the dishonesty, and in so many policy areas.

I was in Philadelphia working on unemployment, which itself is appalling, because he wouldn't authorize extending unemployment benefits at the time (a year and a half ago) when 1.2 million jobs were already gone. The Delaware was frozen in January of 2002 -- record cold, below the teens, and people were dying -- three people died that one weekend in their homes, from lack of heat -- and Bush is refusing to release money for the Low Income Heating Assistance Program, $300 million in surplus from the previous year. These are elderly people dying, from the very bottom of the economic pile.

Because it was "surplus," it had been discretionary money for the president. ... Three weeks later, the Bushies hold a press conference, and they announce that they're releasing $200 million in LIHEAP relief. What they didn't say is that Senator Jack Reed of Rhode Island had gone to the Senate and passed a budget rider that took the discretionary funding away from the president, and then along with Senator Susan Collins from Maine wrote him a letter, saying you might as well release the money now, because it's no longer discretionary funding. So the administration releases it and holds a press conference announcing it -- but their plan had been to take that money and another $3 billion out of that appropriation and use it to balance the budget.

In this same week, Bush was in Chicago pitching a $337 billion cut in dividend taxes to the wealthiest people in the country.

Austin Chronicle: What do you think is the relationship between Texas and national politics right now?

MI: We're taking Texas national -- it's like that old [Terry Allen album] Lubbock (on Everything) ought be changed to Texas on Everything. They are Texas-izing the entire country; it's amazing the other 49 haven't seceded. There's that old saying around the Capitol: "The purpose of government is to create a healthy business climate." People really believe that here -- and the result is we're 49th in every indicator of people's health and education and welfare and safety and all that other good stuff, and often we don't even have a healthy business climate to show for it. I just think that "Let 'er rip," late-19th-century unregulated capitalism is back. As near as I can tell, that's where Rove and the ideologues want to take the country. They want to completely undo the Great Society and the New Deal.

Everywhere you look, they trim a little muscle from programs that help working-class Americans, to provide fat for the plundering class. Half a billion from LIHEAP, half a billion from Superfund projects that now are funded by general appropriations, $3.5 billion from the unemployed. The Edison, New Jersey, Mayor George Spadoro nailed it in an interview when he told me, "I recognize that political payoffs happen. But there's got to be some morality, some integrity. There's got to be some decency in these things."