The Rank and Fire: For the Firefighters, City Hall's Rep For Putting Workers First Goes Up in Smoke 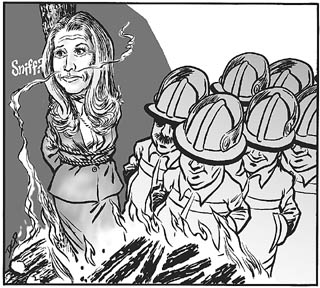 Toby Futrell started with the city of Austin more than 20 years ago, as a file clerk in the Health and Human Services Dept. She is now the city manager. Gary Warren started with the city 30 years ago, as a rookie firefighter. He is now the fire chief. When Futrell and Warren assumed their current roles (he in 1997, she in 2001), much was made about how they could relate to the issues and needs of the rank and file. You'd never know that from listening to the rank and file now.

Even though the budget crisis has taken quite a toll on an already battered city workforce, when speaking publicly, municipal employees have mostly been more sad and pleading than angry. They know the city simply doesn't have any money, and they seem to give Futrell some credit for trying to stick up for their interests. And in turn, Futrell has repeatedly lavished praise on city employees and reminded the citizens and City Council that many of the money-saving "process improvements" in her budget were generated by the employees themselves.

But there's a great, big, ugly, angry exception to the rule that the city's people come first. It's the Austin Association of Professional Firefighters, the union that represents the 800-plus men and women in uniform at the Austin Fire Department. The AAPFF has come out in full force (in what it calls "Operation Unity") against Futrell and Warren's budget proposal, which seeks to save $1 million at AFD by replacing current fire companies with new types of apparatus -- the "squad," a miniengine that would go into densely packed Central Austin fire stations (specifically in Hyde Park and Old West Austin), and the "quint," a supersized engine that would go into suburban areas and combine what are now the functions of two separate vehicles. In both cases, the savings would come not on the cost of the equipment or the stations, but on the salaries of the firefighters that wouldn't be riding on them.

That's the top-line reason for the AAPFF's anger -- the union has long argued that Warren's AFD gives short shrift to staffing. Two years ago, City Council resolved to support a "task force staffing" plan to increase AFD's sworn strength -- a plan that AAPFF saw as a compromise on its part. Now, with the squad/quint plan, Warren wants to step even further back from the union's goals, and they've decided to fight. Right now, the AAPFF is conducting a vote of no confidence in the fire chief.

Let me say that I am no expert in the operations of a model urban fire department; I have no idea if the union is just, if you will, blowing smoke -- because it's a union, and securing the maximum number of sworn firefighter positions is in its obvious interest -- or if the squad/quint plan really does put firefighters and citizens in danger. (National standards say no fire apparatus should go out with fewer than four people, but the squads are designed to run with two. Also, the AAPFF cites expert opinion that quints should be run with six-person crews, but Warren has proposed staffing them with four.) When the firefighters descended on the City Council in their rage on Aug. 7, they convinced me that the Hyde Park and Old West Austin fire stations aren't as "redundant" as Warren and Futrell claim they are, but not that the AFD status quo would be impossible to change.

However, I have been watching City Hall long enough to know that Warren should be in serious trouble. Since we first reported the squad/quint imbroglio, we've been hearing from firefighters that this is just the tip of the iceberg, and that ever since 1997 the gulf between AFD administrators and the AAPFF has been growing wider. (Some of the stories we've heard are downright scandalous and potentially libelous, which is why I don't repeat them here.) This is a big change from when Warren was elevated to fire chief in 1997; at that time, then-AAPFF president Doug Fowler said Warren "has a very inclusive management style, where he looks at problems from all directions and tries to make sure he makes the best decision for the department and the city."

The current AAPFF president, Scott Toupin, has quite a different view -- "Firefighters have long felt that Chief Warren does not listen to their opinions or take their input seriously." And now they feel the same way about Futrell, who told the TV stations last week that the AAPFF's planned no-confidence vote in Warren "doesn't mean that much to me. ... In a city manager form of government, there's only one vote of confidence that matters, and it's mine." Ouch.

Obviously, Futrell's loving embrace of the city workforce and its ideas for change does not extend to the AAPFF. I'm not entirely surprised by this; compared to the Austin Police Association, which under president Mike Sheffield has become City Hall's most powerful stakeholder group, the AAPFF and Toupin have had a fairly rocky road. (Even Texas Monthly publisher Mike Levy, normally Austin's loudest yell leader for anything with a badge, has gone after the AAPFF in the past.)

But still, the enmity between the union and the chief cannot be good news for Futrell -- since the union seems to have the ear of much of the City Council. I would be surprised if Warren's squad/quint plan ever sees the light of day. But what I really want to know is why the AAPFF's own suggestions for AFD belt-tightening, process improvement, innovation, etc., etc. have gotten such short shrift in the budget -- at least in the union's view; they say they've been trying for a year to work with Futrell and Warren and have been consistently ignored. That may not be entirely true, but the contrast between AFD and other city departments, where Futrell has all but canonized the rank-and-file workforce, is impossible to ignore.

Despite AAPFF's anger, Toupin's reaction to Futrell's televised diss was, again, more wounded than bitter -- in effect, "Say it ain't so, Toby!" -- which speaks to just how popular Futrell is and how strongly her image as the worker's friend is accepted. But I think the citizens at large, and not just the AAPFF, deserve a public explanation of why the firefighters are in the City Hall doghouse and why the union and management can't work together like everyone else on a consensus approach to the budget crisis. I don't know about you, but I don't especially like the thought that our firefighters -- the first line of defense in an emergency -- are this dissatisfied with their jobs. 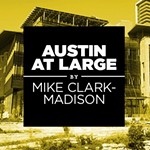 Austin at Large: From Cloud Coup-Coup Land
Was this the worst that could happen? That (still) depends on what we do next.