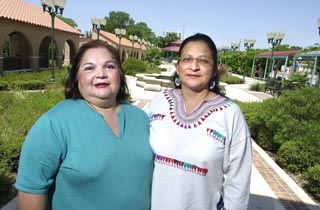 The Saltillo District redevelopment effort cleared a major hurdle last week -- and, to the relief of Capital Metro and the city of Austin, without much drama or duress. On July 30, the transit authority's board of directors unanimously approved a contract worth $298,200 with San Francisco-based ROMA Design Group to master-plan Cap Metro's 11-acre parcel between I-35, Comal, East Fourth, and Fifth. The board also appointed five members to the new Saltillo District Community Advisory Group, a citizen board that will provide input to ROMA and serve as a liaison to other stakeholders. The City Council will name four more representatives to the CAG today (Thursday).

As Capital Metro board Chairman Lee Walker put it, Wednesday's vote signified a "big moment" in the history of the vacant and neglected rail-yard property, which first the city and then the transit authority has owned since 1987. "We're all tired and very happy," said Saltillo project co-manager Sam Archer of Capital Metro, who has spent the past year (with fellow co-manager George Adams of the city's Transportation, Planning, and Sustainability Dept.) guiding along the "relatively arduous" process of developing a request-for-proposals for the contract awarded to ROMA. "As we began this process there were more people divided than united over this issue."

ROMA, which beat out seven other applicants for the Saltillo contract, is a familiar name to Austin planning mavens; the 20-year-old firm has master-planned the Robert Mueller Municipal Airport redevelopment and the Seaholm District, among other major developments in San Jose, San Diego, and other U.S. cities. Besides the city, the transit authority, and the newly appointed CAG, an armada of local talent is likely to help ROMA in Saltillo planning, including development consultant Jose Martinez and architect Juan Cotera.

"We really don't have any specific ideas about what should happen there," says ROMA principal Jim Adams. What his firm doesn't want to happen in and around the Saltillo District is gentrification and displacement of existing residents and business owners -- a concern shared by Eastside leaders who have been intimately involved in the project. ROMA plans to examine various development tools, such as federal and state tax credits and tax-increment financing.

Curbing gentrification, along with developing affordable housing and commercial and retail space, was a key objective of the five citizens who helped Capital Metro evaluate responses to its RFP. Three of those five -- PODER Executive Director Susana Almanza, La Prensa Editor/Publisher Cathy Vasquez-Revilla, and Con Ganas leader Ray Ramirez -- were appointed to the CAG on Wednesday by Cap Metro. The other two choices (among 52 applicants) were Lance Armstrong Bikeway advocate and Holly resident Eric Anderson and East Cesar Chavez Neighborhood Planning Team leader Lori C-Renteria, who announced that her appointment would remain conditional pending final approval by the ECC team at a meeting Aug. 11.

Among CAG members, Renteria has been most critical of the Saltillo process, in part due to bad blood between her and Almanza, Vasquez-Revilla, and Ramirez. Those three, as well as Anderson, seem pleased with Capital Metro's process. "This is the first time the community has been included at the beginning," says Almanza, whose gracious, optimistic speech at Wednesday's board meeting underscored what she called a "new model" of public involvement.

Of the 40 or so citizens in attendance, only two spoke against the ROMA contract and the Saltillo project: Ramon Maldonado and longtime East Austin activist Paul Hernandez, representing the El Concilio coalition of Mexican-American neighborhood associations. Both men complained that the ROMA deal lacked safeguards sufficient to prevent gentrification and displacement of current corridor residents. "You're going to be destroying this community," Hernandez warned.

From the dais, Capital Metro board member John Trevino -- a longtime sparring partner of Hernandez -- pointed out that ROMA would help figure out which "safeguards" would work best in Saltillo. But Hernandez says the city has had years to enforce such protections on its own. Somewhat presumptuously, Hernandez asserted that El Concilio would not participate in the Saltillo planning process due to the lack of "safeguards." (While Almanza and Vasquez-Revilla have in the past often sympathized with El Concilio, no member of the coalition applied for a slot on the CAG.) Hernandez's position contrasted sharply with that of his successor as El Concilio leader, Gavino Fernandez Jr., who served on the RFP evaluation team before being arrested May 22 on charges of aggravated assault and drug possession. He remains in the Travis Co. Jail; "Only in the aftermath of Gavino being out of the picture did [El Concilio] oppose this," says Archer of Capital Metro. "Gavino was at the table all along."

After the rest of the CAG members are appointed, the Saltillo project will involve a lot of meetings. In the next few months ROMA will hold at least five workshops with the CAG, plus a late-September community open house. On his own, Eric Anderson plans to convene two open houses -- one for Holly residents and one for corridor businesses, property owners, and other stakeholders. If all goes as hoped, says ROMA's Adams, a draft master plan could be ready by next March or April.