The Sheriff Shooting: A Very Different Story With the Same Ending 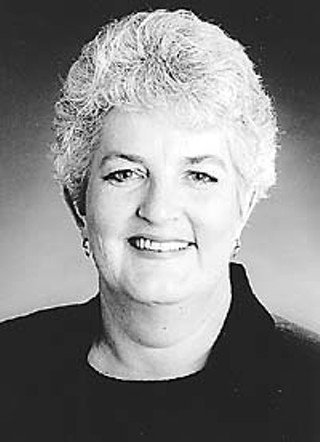 The summer's second fatal police shooting in East Austin played itself out during morning rush hour on July 24, after two Travis Co. sheriff's deputies stopped to help a woman in distress on Bolm Road -- initiating an incident that contrasts sharply with the fatal shooting of Jessie Lee Owens by an Austin police officer last month.

According to Sheriff Margo Frasier, the scenario that ended in the death last week of 27-year-old Lennon Johnson went like this: 15-year veteran TCSO Sgt. Gregory Truitt and 18-year veteran Deputy Dan Whitehead, traveling in the same car, were stopped for a light at the intersection of Smith and Bolm roads (near Bolm's intersection with US 183 in Govalle) just after 7:30am last Thursday, when a red Dodge Neon traveling west on Bolm pulled up to their car. When the car's driver, 35-year-old Patricia Harrison, began asking the deputies for help, Frasier said, Truitt thought Harrison needed directions and asked her to pull over. But when Harrison reportedly yelled, "he won't let me go," Truitt and Whitehead realized Harrison was also struggling with Johnson, her passenger.

Truitt and Whitehead approached the Neon on foot, and Whitehead managed to get Harrison out of the driver's door, but Truitt failed to pull Johnson out the passenger's door, even with Whitehead pushing from the other side. According to Frasier, Johnson, who she said had been smoking crack cocaine, was able to overpower both deputies, move himself into the driver's seat, and pull Truitt partially into the car -- at which point Johnson hit the gas and headed west on Bolm toward Airport Boulevard.

After getting Harrison into the squad car, Whitehead set off in pursuit of the Neon, which Frasier said was "driving erratically" down Bolm Rd. Near the Airport intersection, the sheriff added, Johnson steered the Neon into oncoming traffic, nearly colliding with an oncoming 18-wheeler that was "some sort of fuel tanker," she said. Meanwhile, inside the car, Frasier said Truitt fought off Johnson's attempts to get his hands on the deputy's gun, while simultaneously trying to get hold of his pepper spray so he could use it on Johnson. Crossing against the light at Airport, Frasier said Johnson made a quick left onto Gullett Street, a dead-end residential block. "[Truitt] was begging with [Johnson] to stop; he said he wouldn't," she said. While traveling down Gullett, Frasier said that Johnson told Truitt, "this is a dead-end street; we're going to crash." Frasier said Truitt tried to de-escalate the situation, but that as the car sped down Gullett, Truitt feared for his own life and believed that Johnson "was using the vehicle as a deadly weapon." Truitt pulled his service weapon and fired once into Johnson's chest, killing him. The Neon jumped a curb, hit a fire hydrant and came to rest on a lawn at the corner of Gullett and Lyons Road, Frasier said.

The TCSO Major Crimes and Internal Affairs units are investigating the incident, and Frasier said she has also asked the Texas Rangers for an independent investigation. Once those inquiries are complete, the case will be reviewed by a Travis Co. grand jury. Truitt and Whitehead remain on administrative leave pending the outcome of the investigations. Frasier said she thinks the shooting was justified. "I think [Truitt] was justified in using deadly force," she said.

Of course, not everyone agrees with Frasier's quick conclusion. In a press release, Nelson Linder, president of the Austin chapter of the NAACP, said that Frasier was being hasty -- and that Frasier's official account of the story "conceal[s] other pertinent information." The press release added that the NAACP "believes that African Americans in the city of Austin ... are being treated inhumanely and unconstitutionally," by local law enforcement.

The Johnson shooting comes just over a month after APD officer Scott Glasgow's fatal June 14 shooting of 20-year-old Jessie Lee Owens in the 1600 block of Tillery Street. While the two cases bear some eerie similarities -- both Johnson and Owens were shot while driving other people's Dodge Neons, and in each case the officers were somehow trapped inside the car -- it is their differences that are potentially more revealing.

According to the APD, Glasgow stopped Owens after discovering that the car he was driving had been reported stolen. Without waiting for backup, Glasgow drew his weapon and approached Owens and while trying to get the keys out of the Neon's ignition -- by reaching inside the car with both hands -- Owens allegedly closed the door and accelerated, dragging Glasgow along with him. Glasgow shot Owens five times before the car came to rest in the front yard of a nearby house.

In contrast, Truitt and Whitehead intervened, at Harrison's request, in what was apparently an actual crime in progress; Harrison told investigators she'd been abducted from her home around 2am by Johnson, her former boyfriend from San Augustine in East Texas, and was forced to drive around all morning while Johnson smoked crack and beat on her. While the circumstances surrounding Truitt's being pulled into the car are still somewhat confusing, if Frasier's account -- based on statements made to TCSO by Truitt, Whitehead, Harrison, and a host of other witnesses -- is accurate, shooting Johnson (once) was Truitt's last resort. In short, it appears Truitt and Whitehead responded to a crisis while Glasgow appears to have made one -- a point not lost on Linder. "Exactly; precisely," he said. "That's kind of where we're at with this. But of course, in both [cases] the incidents seemed to escalate once the [officers] arrived."

As of press time, both investigations were ongoing.