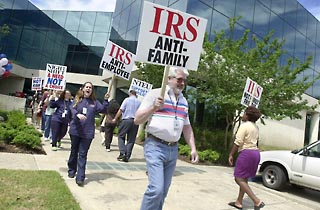 Quote of the Week: "It's clearly a time of searching reappraisals by smart editors and journalists to assess how we do our jobs." -- Statesman Editor Rich Oppel, pulling his chin over The New York Times scandal in remarks dispatched across the globe by the Associated Press. (Note to Rich: While you're searching, maybe you can find that coal-gas dump.)

Brewster McCracken delivered a shellackin' to Margot Clarke, winning the Place 5 City Council run-off with 64% of the vote. See The Big Mac Attack for more details.

The City Council voted 4-3 to approve a controversial smoking ban -- while at the same time sowing the seeds of its destruction. See Tobacco-Free Triumph Goes Up in Smoke.

The 78th Legislature has left town -- but they'll likely be back before you know it, to wrestle with the re-redistricting beast. Meanwhile, the saga of the Killer-D Manhunt gets stinkier and stinkier. See How Can We Miss Them If they Won't Go Away?.

Today at the City Council: Gus Garcia's last meeting features final approval of the Seton/Children's/Mueller deal (see Seton's getting the Kids); the official death and rebirth of Smart Growth (see Sons of Smart Growth); the downzoning (five years after it was first proposed) of Balcones Recycling in the Holly neighborhood (see Making Recycling Illegal?); and a review of City Manager Toby Futrell's compensation package. (In a normal year, she'd get a raise. Unlikely this time.) The swearing-in of the new council is Monday, June 16, 6:15pm, at the Palmer Events Center.