Tobacco-Free Triumph Goes Up in Smoke

The smoking ban won't go into effect until Sept. 1 -- which is another way of saying it's dead.

In the week since the City Council voted 4-3 for final approval of outgoing Mayor Gus Garcia's anti-smoking ordinance, most of the media missed the most important detail: It doesn't go into effect until Sept. 1. That's another way of saying the smoking ban is dead -- at least in the ideal form advocated by the mayor and the Tobacco-Free Coalition of Austin. The only question now is the choice of weapons. Will the new council simply repeal it? Will it amend it beyond recognition, pursuant to the recommendations of a just-formed air-quality task force? Will the ban be overturned in court? Will it be sent to die at the ballot box? Or all of the above?

The last of these options -- putting a total ban on indoor smoking up to voters in a referendum -- was the goal last week, before Thursday's final vote, of Council Member Daryl Slusher, one of the four votes in favor of the ordinance. Reasoning that no matter what the council did, the losing side -- either the Tobacco-Free Coalition or the anti-ban forces, led by bar and club owners, organized as Keep Austin Free -- would start gathering signatures for a citizen initiative, Slusher suggested cutting to the chase and going to the ballot now. But city legal staff informed the council that it does not have the power under the city charter to itself put an ordinance up for referendum -- the council can only set ballots for charter amendments and bond elections. So if a vote on a smoking ban is inevitable, it will be up to the citizens to prompt one.

But the ban's road to council approval still contained a few bumps within City Hall. The actual vote at Thursday's meeting was delayed after the council received a letter from lawyer Jennifer Riggs, representing the East Sixth Street Community Association, urging a delay and pointing out various perceived legal problems with the draft ordinance -- and thus signaling the club owners' group's intention to file suit. (Bob Woody, owner of the Pecan Street Cafe and many other clubs and president of ESSCA, told reporters his group would go to court in mid-July.)

This set the stage, during the actual deliberations later Thursday evening, for the council to actually tackle the issue du jour -- whether to exempt bars from the ordinance, as it did in 1994 when it passed Austin's current smoking regulations and as it did for billiard parlors, bingo halls, and nonprofit organizations in earlier readings of the current ordinance. First, the council had to decide how to define "bar" -- whether to use the current code standard of 51% of an establishment's sales coming from alcohol, which could include bar/restaurants like Chili's or TGI Friday's, or whether to create an ad hoc standard more directly targeted to the clubs. After they decided to stick with 51%, Council Member Raul Alvarez's motion for an exemption failed by the same 4-3 vote, and the ban passed as written. The only substantive change since the last reading: The ordinance's ridiculous ban on smoking within 25 feet of entrances and on outdoor patios went by the wayside, replaced by an extension of Austin's current 15-foot distance rule to apply to enclosed outdoor spaces. 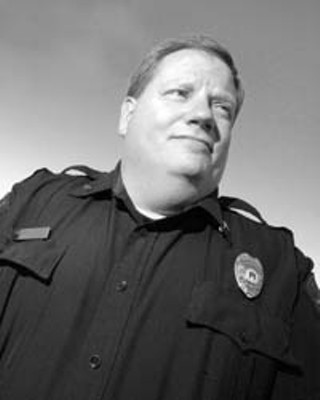 At the same time, though, the council -- using the quirky parliamentary strategy of holding a special-called meeting during the regular council meeting -- managed to approve Mayor Pro Tem Jackie Goodman's plan to convene an air-quality task force before approving the smoking ordinance itself. (Otherwise, the council wouldn't have been able to create the task force until July 31.) This group -- with mandates to make recommendations about big-picture air-quality issues, including greenhouse gases and auto emissions, as well as other indoor-air toxins besides tobacco smoke -- was frankly conceived by Goodman as a poison pill for the smoking ban. "I'm hoping a total ban will never happen," says the mayor pro tem. "This all-or-nothing philosophy is not, I think, what these people" -- meaning the Tobacco-Free folks and other ban fans -- "believe in other political circumstances. And what's good for the goose is good for the gander."

The task force's ultimate mandate, Goodman says, is "to look at strengthening the rules we have in place now, because public health really is an issue here, but to look at different options for protecting health while also protecting small businesses that depend on cash flow." As is often the case with Goodman-inspired public-involvement efforts, everything -- from better ventilation systems to establishing a smoke-free-night rotation among the clubs -- is on the table. "I just think there are a whole lot of possible answers that we never went into at all," she says, "because the Tobacco-Free folks told us they weren't interested in talking about anything but a total ban."

The task force is set to bring its ideas back before Sept. 1, though if need be, Goodman says, the council may further delay the ban's effective date. Of course, depending on how things go, the new council's 4-3 anti-ban majority may decide to trash the whole thing and start over. The newest member, Brewster McCracken, made known during his campaign that he was as firmly opposed to a smoking ban as Garcia was firmly supportive. "I'm still opposed to the smoking ordinance. Without a doubt," McCracken said on election night. "But I haven't talked to Will [Wynn] or Jackie or Raul about it." (As it happened, all three council members, and no others, were on hand at Brewster's victory party Saturday night.) While McCracken tried very hard to focus on other issues during his race with (ban supporter) Margot Clarke, his staff and supporters speculated that anti-ban sentiment may have padded his surprisingly large margin of victory, particularly among younger voters in Clarke's core Central Austin precincts.

One of those supporters -- Austin Police Association President Mike Sheffield -- threw his and his union's considerable weight into the fray last week, making known before the vote that the APA was also firmly opposed to a smoking ban. "We were going to stay out of it, because we didn't know how it was going to go," Sheffield says. "But our concern is whether what they left in place would materially impact what we do. Are we going to go in and tell little old ladies to put it out or go to jail? You just can't legislate personal morality and responsibility and change behavior simply by passing laws. It doesn't work."

Sheffield dismisses out of hand the city's assertion that the health department, and not the police, will bear the brunt of enforcing a smoking ban. "Get a grip. I don't think 911 is going to be transferring calls from nonsmokers to the health department," he says. "It's going to fall to us, and when people ask why the cops are complaining about our budgets, the reason we need more police is because we're doing things like this that are simply not police work."

Which brings us back to the ballot box -- if the anti-ban forces are supported in the inevitable referendum campaign by the considerable political muscle of the APA, the Tobacco-Free forces will get, well, smoked. Of course, ban proponents are well-organized and well-funded, too, but in their scorched-earth campaign to get a ban and get it now, they may have destroyed their cause in order to save it. Throughout town, opinion leaders have been telling the Chronicle the same thing all week -- they don't smoke, they don't like smoke, and they'd love to visit smoke-free clubs, but they resent the sanctimoniousness of the Tobacco-Free campaign and reject the premises of a total ban on that reason alone. It may look like a Tobacco-Free triumph now, but it's going to be a long, hot summer for the smoking foes.