The Red Ink Hits the Fan 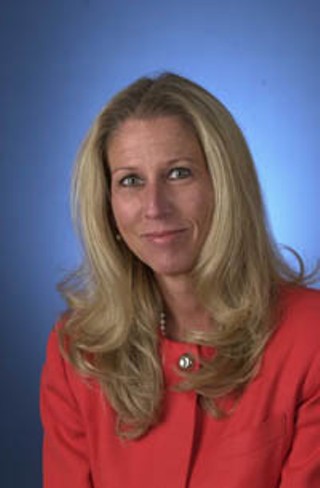 Ever since Toby Futrell became city manager, budget briefings have been spiked with in-jokes between her and her financial staff, references inscrutable to the City Council and citizens but that must help make the city money mavens' dismal job bearable. The word of the day earlier this month, when Futrell & Co. presented the three-year financial forecast, was "irony." "We are faced with having to shrink this organization in order to grow it," Futrell told the council. "At some point that surpasses irony."

Futrell's message to her elected bosses was blunt: "Without substantial revenue increases and significant spending reductions, we will have a deficit this year" -- that is, fiscal 2004, the budget now under discussion, which Futrell will present in draft form to the council July 31 and which will take effect Oct. 1. "And the year after that. And the year after that." Actually, if current trends continue, it will be fiscal 2005 when the red ink really hits the fan -- the city's General Fund gap, pegged at $54.7 million for FY 04, will balloon to an estimated $106 million the next year. (Yes, $54.7 million is less than the $80 million figure thrown about so often on the campaign trail. Between current-year savings initiatives and some acknowledged errors on the part of city budget staff, the FY 04 forecast is now only terrible rather than horrible.)

Of course, the bust is partly to blame; sales-tax collections have plummeted, property values are heading downward, and nobody at City Hall expects much improvement in the near term. Indeed, the three-year forecast may be too optimistic, presuming as it does a rebound in property values in FY 06 and a 2% growth in sales tax for each of the three years, even though monthly sales-tax collections have been flat or declining for 19 months now. You can perhaps see a truer picture if you take the city's online citizen budget survey (at www.ci.austin.tx.us/dollarsurvey.htm), which asks you to cut 15% out of the General Fund budget. Even without any tax increases or dipping into rainy-day reserves, $54.7 million is less than 11% of anticipated FY 04 General Fund spending. But as Futrell has acknowledged more than once, the city has been wrong before.

Indeed, the city may, in hindsight, have been wrong to start spending money during the boom it no longer has during the bust. The irony of which Futrell spoke is that "in a time when we have a declining revenue base, we're poised to open 24 new facilities." Those would be projects approved in the Billion Dollar Bond Package of 1998, for which Futrell's predecessor Jesus Garza thoughtfully earmarked property-tax revenue to pay the debt service, but not to operate the facilities. According to Futrell, 80% of the horse has already left the barn -- that's how much of the total anticipated operating cost for those 24 projects is for facilities already under construction or required by annexation agreements. (The latter are almost all fire and EMS stations). Futrell would clearly like to defer (indefinitely?) work on the 11 projects still in the pipeline, mostly branch libraries and rec centers. But that ultimately realizes small savings -- less than $10 million total over the next three years.

Much bigger are the "built-in cost drivers" in the two big-ticket items in the General Fund, public safety and public health. Health care is, of course, a national crisis; Austin's costs are going up because more people need more expensive indigent health care. While the city's costs may be controlled, or at least transferred, if Travis Co. creates a hospital district, cuts to Medicaid and children's health insurance in the proposed state budget will do no good for the city's General Fund. The FY 03 General Fund budget includes $21.7 million in Medicaid reimbursement, for care the city would have to provide and fund even if Medicaid is not forthcoming.

But while the public-safety budget has grown -- not only in absolute terms, but as a percentage of the General Fund -- in part from new homeland-security expenses, mostly it's ballooned so that Austin can put more cops on the street and pay them the highest salaries in the state. The last three-year meet-and-confer contract with the Austin Police Association added more than $7.7 million in expenses to the General Fund in FY 03 alone -- cumulatively, it has cost the city well over $30 million.

That contract expires in September, and the firefighters' contract expired last year, but Futrell is clearly loath to rack up that kind of salary increases again. Her budget numbers have included a proposed "public-safety premium" -- a 2% raise on top of whatever the rest of the city's employees get, which next year is likely to be nothing, as it was this year. Futrell says she didn't want to ask the rank and file to go two years in a row without a raise, but that employees have told her they'd rather do without than risk layoffs. The city manager has included regular pay raises for all city employees in her forecasts for FY 05 and beyond.

So what's left to cut? Not much, Futrell says; the city has already cut as much as $35 million from the General Fund budget, and she's so far proposed $24.5 million as a target for FY 04 cuts. In total, "that's more than 25% of the dollars and up to 15% of the employees" in the General Fund that aren't going to public-safety first response. "At some point we're cutting into muscle and then into bone. At some point we'll be having to close a facility in order to open one, to lay off employees in order to hire new ones."

That leaves but one road -- property-tax increases, of a size not seen in Austin for a generation. For FY 04, Futrell has only suggested going to the effective rate -- the levy (higher than this year because values are lower) that will bring in the same revenue as the prior year. But for FY 05 and FY 06, if Futrell's forecast is an accurate road map, Austinites should expect to see property-tax increases up to the dreaded "rollback rate" beyond which angry citizens can call for an election on the tax rate. Now, the specifics of how much taxes will go up, and when, are still fluid. But they'll go up.

At least one council member -- Mayor-elect Will Wynn -- has suggested that maybe the citizens would be willing to accept deeper cuts if Futrell offered them, in an effort to avoid those kind of tax hikes. But at least one council candidate -- Margot Clarke -- has suggested that voters proved otherwise when they approved Austin Community College's tax increase and that anti-tax pandering is not only unrealistic but may be unnecessary. To be sure, Futrell is working overtime to find other options -- efficiencies through her Innovation Initiative and perhaps ways to spread the General Fund's burden over the city's enterprise funds, such as Austin Energy. (Well, really, just Austin Energy, the only enterprise that isn't facing its own major-league fiscal challenges. On top of the regular transfer of utility revenue into the General Fund -- which is paying for everything but public safety -- AE is picking up a lot of city costs, including the new arts department and the library's summer reading program.)

But Futrell reiterates: "I know it's not an easy message to give, but it will be very difficult to balance the budget on the expenditure side alone," she told the council. But "I cling to the notion that opportunity's favorite disguise is trouble. If all I could do was slash and burn, I couldn't do my job."