No Quiet on the Eastern Front

Fernandez asks: Has Alvarez done enough for the Eastside? 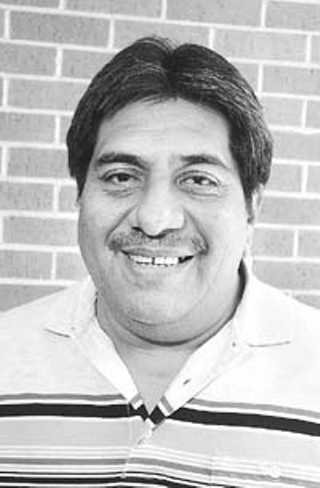 Last Friday, incumbent City Council Member Raul Alvarez was at his East Austin campaign headquarters when he received a call from Gavino Fernandez, one of his two opponents. Fernandez was dropping out of the race, he said, even though the legal deadline to withdraw from the race had already passed. Fernandez was concerned his election committee was depleting its time and resources when it was too late and expensive to mount an aggressive campaign.

Just a few hours later, however, Fernandez was back in the race. According to Cathy Vasquez-Revilla, editor of the Eastside paper La Prensa and treasurer of Fernandez's campaign, the results at the polls will show what they've argued all along: that Alvarez, like his predecessors, is not el pueblo's candidate, but the candidate of outsiders -- namely environmentalists and businessfolk. An endorsement from her paper, as well as small signs of support from the community, she says, have "really energized" Fernandez.

Fernandez's candidacy has added spice to a race that just a month ago appeared all wrapped up for Alvarez, who's been campaigning since November and who's built an impressive base of neighborhood groups, environmentalists, and businesses, along with the public safety unions. Throughout the winter and spring, Alvarez looked headed to a rare unopposed race. Then, on March 19, just before the 5pm filing deadline, Fernandez called Alvarez to discuss some issues; the answers he received compelled him to run. (A third candidate, Libertarian Steven Adams, also jumped into the race at the last minute; see "Rounding Out the Ballot," p.24.) In Fernandez's opinion, Alvarez hasn't taken a strong enough stand on the issues that matter most to East Austinites -- beginning with the Holly Street Power Plant, a longtime target of Fernandez's El Concilio coalition of Mexican-American neighborhoods. As he told La Prensa: "Alvarez shows passion and commitment for Westside environmental issues and ignores, wavers or votes against the solutions to the environmental issues of communities of color."

Recently, Alvarez took a sledgehammer to one of the Holly Power Plant's fuel tanks. For supporters of the soft-spoken first-termer, helping demolish the Eastside's No. 1 scourge represents a tangible sign of progress in closing Holly for good. But to supporters of Fernandez, Alvarez's swing was just a photo op.

Fernandez is an Austin native, a Johnston High graduate, and has worked for 18 years in the city parks department; he often portrays Alvarez as an outsider and, basically, a yuppie with fancy degrees (in engineering from Stanford and in urban planning from UT) who's part of Austin's campaign to drive East Austinites out of their homes and gentrify the neighborhood. Fernandez's campaign basically amplifies complaints he's been making for years -- "There's a lack of accountability" on the (Anglo-majority) dais, and Alvarez, like Gus Garcia, Robert Barnstone, and John Trevino before him, is (now) part of the problem and not the solution.

Given Fernandez's frequent assertions that Austin's Mexican-Americans are underrepresented and overruled, Alvarez asks why Fernandez is running against him instead of in the open-seat Place 5 race. "Theoretically, [it's] easier to run a successful campaign" in an open seat, Alvarez says. "Then we could have two [Hispanic] council members from East Austin." Of course, that's under the current system of at-large City Council elections. For many years, Fernandez vocally opposed single-member districts, but he has now changed his mind; Alvarez says he's always supported single-member, adding that the "gentlemen's agreement" that for years has reserved just one seat (first Place 5, now Place 2) for a Latino doesn't accurately represent a city that's at least one-third Hispanic.

Until March 19, Alvarez had seemed like the best friend El Concilio had ever had on the City Council. When elected in 2000, he was transportation coordinator for People Organized in Defense of Earth and Her Resources, whose leader Susana Almanza has been a frequent El Concilio ally, and had been environmental justice director for the Lone Star Chapter of the Sierra Club, working specifically on issues like Holly. But years before, when Alvarez -- at 36, the youngest council member since Jeff Friedman -- was still a schoolboy in the Rio Grande Valley town of Roma, Fernandez was part of the liberationist Brown Beret movement with El Concilio founding fathers Paul Hernandez and Marcos de Leon.

Throughout the 1970s and 1980s, El Concilio carved out a niche in factionalized East Austin and after years of trying finally won an election when de Leon became Travis Co. commissioner in 1990. That was the group's high-water mark; in the 1990s, Hernandez suffered a near-fatal stroke, Fernandez took over El Concilio's leadership reins, and de Leon was unseated in 1994 by Margaret Gomez. He's run twice for office since; this is Fernandez's first electoral bid.

Though El Concilio is a neighborhood group and Fernandez a former vice-president of the Austin Neighborhoods Council, his term as chair of the Holly Neighborhood Planning Team went sour after 18 months of work, when he broke with the team and opposed the plan's call to rezone Eastside industrial property (until then, a major goal of El Concilio and its allies). Now, Fernandez thinks neighborhood planning abets gentrification, drives out low-income residents, and lays the groundwork for light rail, which El Concilio has vociferously opposed for years.

As a council member, Alvarez says he's tried to avoid incompatible uses and promote downzoning of industrial land whenever possible, while being sensitive to the property owners. "It's important to be consistent across that whole corridor," Alvarez says. That Fernandez now supports leaving industrial zoning in place bewilders him. "It's the same kind of development he says he's so adamantly opposed to. Leaving the industrial zoning there apparently is the answer to gentrification." Alvarez and Danny Thomas have taken the lead on City Hall's efforts to combat gentrification; the task force they convened recommended strengthening the links between Smart Growth and SMART Housing, and educating Eastsiders about homestead exemptions and their legal rights as homeowners. "I've tried to be one who understands issues and find real solutions, not just talk about it or complain about it," Alvarez says.

Fernandez advocates offering tax exemptions and freezes (along with another longtime El Concilio dream, rent control) to Eastside homeowners and incentives to local businesses. Yet he has opposed initiatives that others argue would bring exactly such benefits to East Austin, such as the city and Chamber of Commerce's attempt to get the Eastside designated a federal empowerment zone -- which Fernandez saw as the chamber's attempt to reinvent East Austin without the neighbors' consent. Alvarez and his supporters say they have some trouble following the El Concilio message. As Alvarez consultant Mike Blizzard puts it, "If you're not doing anything for East Austin, you're racist, you don't care, and it's neglect. But if you do something for East Austin, you're racist, you're gentrifying. What is the appropriate way to move forward?"

One industrial use that Fernandez has no problem eliminating is the Holly Power Plant, which for the couple of decades has defined Eastside politics as surely as Barton Springs has shaped Central Austin politics. When Alvarez joined the council, Austin Energy's original plan to close Holly in 2005 (a resolution crafted 15 years earlier by then-Council Member Max Nofziger) had been abandoned due to Austin's population boom; since his election, Alvarez got the city and the utility to commit to a timeline leading up to a 2009 shutdown and has pushed the city to spend millions both on new electric infrastructure to replace Holly (like the Sand Hill power plant near the airport) and on mitigation projects in the Holly neighborhood.

But Alvarez also joined his colleagues in supporting Austin Energy's recent request that the state continue Holly's air quality operating permit until 2009. As Fernandez sees it, the permit wouldn't be necessary if Alvarez had worked harder to keep Austin Energy to the original 2005 deadline. At the least, he says, Alvarez could have cast a protest vote against the permit -- just as he cast a symbolic vote against last summer's settlement with Stratus Properties. Alvarez takes issue with that comparison. "Stratus and Holly are completely different," he says. "One was a zoning case, and the other has to do with long-range electric generation needs. The main thing is to actually find specific actions to achieve your goal and not just cast a symbolic vote that doesn't get the job done."