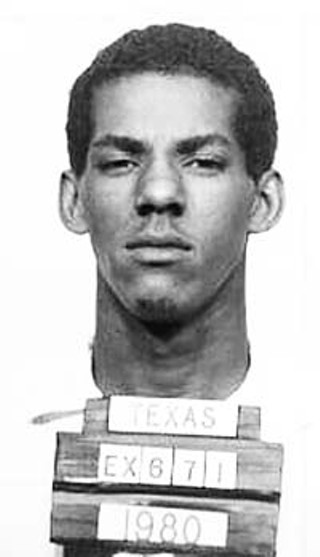 If Texas' death machine remains on schedule, on March 12 Delma Banks Jr. will become the 300th death row inmate executed since the reinstatement of capital punishment in 1976. But a review of Banks' case now pending before the U.S. Supreme Court may delay his execution -- a possibility Banks' lawyers say might mean their client's case would finally receive thorough review. Banks' case "has it all," said George Kendall, a New York attorney with the NAACP Legal Defense and Educational Fund. "This [case] is one-stop shopping of all the problems associated with [the Texas capital punishment system]." Banks' case features a host of compelling constitutional claims, including the suppression by prosecutors of exculpatory material, ineffective assistance of counsel, and allegations of race-based jury selection. "There is such egregious error here," Kendall said, "it's hard to understand why [the state] is bending over backward to protect this stuff."

Banks was convicted of the April 1980 Texarkana murder of 16-year-old Richard Wayne Whitehead, shot dead in a park near Nash, Texas. Trial records recount that on Monday, April 14, police found Whitehead's body at the park, and the police investigation quickly focused on Banks. Banks, then 21, had been with Whitehead among a group of friends on Friday night and was one of the last people to see him alive. Bowie Co. prosecutors charged Banks with capital murder, saying he killed Whitehead to steal his car and drive it to Dallas.

The state's case relied heavily on the testimony of Charles Cook and Robert Farr. Cook said he met Banks in Dallas that weekend when Banks arrived at his house in Whitehead's car. Cook said Banks admitted he'd killed Whitehead and asked Cook to dispose of the car and the murder weapon, a .25-caliber pistol. Farr testified that Banks asked him to go to Dallas with him shortly after the murder, so that Banks could get a gun for armed robberies.

But prosecutors did not inform the court nor the defense that Farr was a paid informant approached by Bowie Co. Sheriff's Deputy Willie Huff, who had asked Farr to get a gun from Banks. Farr later recanted his trial testimony, saying that he concocted a story about his needing a gun in order to get Banks to take him to Dallas. Prosecutors also failed to disclose that they had extensively coached Cook -- who also later recanted his story -- to testify that Banks had arrived at his house in Whitehead's car and that Banks had confessed to him. A lengthy transcript disclosed only years after the trial revealed the extent of police and prosecutor coercion of Cook; and in exchange for his testimony, prosecutors also helped Cook escape an arson charge in Dallas.

Banks' original defense counsel, former Bowie Co. District Attorney Lynn Cooksey, admitted to the trial judge that he was unprepared for trial. He failed to cross-examine most of the state's witnesses and chose neither to deliver an opening argument nor to present any evidence in Banks' defense.

Finally, Banks' appellate attorneys contend that the Bowie Co. District Attorney's Office engaged in race-based jury selection, including race-coding the jury materials and using peremptory challenges to eliminate qualified black jurors and seat an all-white jury. A statistician found that, considering the racial population of Bowie Co., the odds of selecting an all-white jury strictly by chance was about one in 10,000.

Banks' claims have been punted back and forth from state to federal court several times, and twice a federal magistrate judge has affirmed his complaints, recommending that he be granted relief. A federal district court judge disagreed, and Banks' appeals ended in August 2002 when the 5th U.S. Circuit Court of Appeals rejected all of his claims.

"It was death by a thousand cuts," said Kendall. He said the 5th Circuit judges have misapplied the law in adjudicating Banks' claims, ignoring numerous U.S. Supreme Court decisions and other well-established appellate decisions, including their own. In those instances that the court agreed with Banks' petition, they ruled he was not harmed by the errors or provided insufficient proof that he was. In the case of the evidence prosecutors suppressed concerning Cook and Farr, the court ruled that Banks did not try hard enough to discover the material from the state. "The 'cause' for Banks' failure to obtain Farr's information," the court ruled, "was Banks' lack of diligence."

Banks' federal habeas attorneys are cautiously optimistic about his chances at the U.S. Supreme Court, in part because one of his claims -- race-based jury selection -- is strikingly similar to that in the Thomas Miller-El case that the court recently remanded to the 5th Circuit. The court rejected 8-1 the circuit court's decision to deny Miller-El a "certificate of appealability" for his claim of racial bias, and suggested that Miller-El's evidence of racial bias is strong. Banks' case is gaining national attention and support from unusual quarters: Former FBI Director William Sessions and former U.S. Attorney turned Illinois' Ryan Commission Chairman Tom Sullivan both signed on to a "friend of the court" brief supporting Banks' petition to the 5th Circuit, and presumably the Supreme Court would also review those materials.

Kendall said he expects to hear Friday whether the court will hear Banks' case.