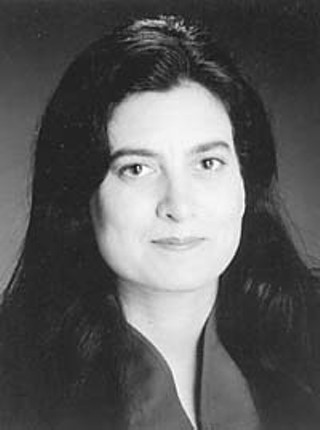 Some of these people may already be running by the time you read this. Some may never run. Some of them may throw things at us for putting them on this list. But all of their names come up whenever council races are discussed.

2. Ben Heimsath: The former Planning Commission chair is a veteran FCC member, though now that he (for the first time in about a decade) no longer holds a powerful city post, he may soon be retired from the roster.

3. Ann Kitchen: Why not? Her husband, Mark Yznaga, helped transform Austin politics in the 1990s; Kitchen's one term in the Lege has only whetted her itch to serve; and redistricting is not an issue. A potential Insta-Mayor.

4. Jim Walker: The Mueller Man and Austin Neighborhoods Council leader is probably screaming as he reads this. (Or fretting.) But Walker may be the most obvious character -- leaving gender aside -- to step into Jackie Goodman's political shoes.

5. Rev. Sterling Lands: Somebody will have to replace Danny Thomas in 2006, and Lands is, or has been, about the most politically potent unelected African-American in town.

6. Lydia Ortiz: The current PC vice chair is sort of the female Raul Alvarez, which is in itself a qualification -- particularly as the Latino community focuses on getting and keeping a second council seat.

7. Chris Riley: Meanwhile, the current PC chair is sort of the kinder, gentler Will Wynn -- a progressive Downtowner who actually lives there and thus also has the stature of a neighborhood leader.

8. Mike Levy: The Texas Monthly publisher is definitely screaming as he reads this. (Levy screaming? What are the odds?) The fact is he could easily win. Proof that there may not be such a thing as bad press.

9. Ben Bentzin: The Dellionaire and erstwhile Texas Senate candidate says he's only interested in state issues. We don't quite believe him.

10. Jesus Garza: After three jobs in one year -- even Carole Keeton Rylander can't top that -- God knows what lurks up Jesus' sleeve. With the success of Betty Dunkerley, expect more staff-to-council crossover attempts. Why not start at the top?