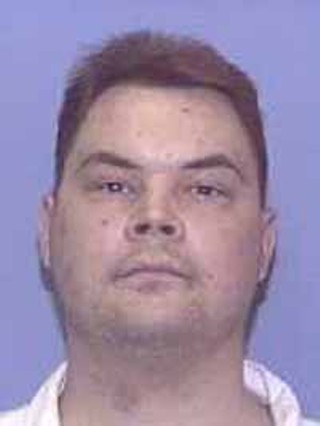 Convicted yogurt shop murder defendant Robert Springsteen IV was in town for two days last month for a psychological examination designed to aid his appeal attorneys as they prepare for a federal habeas appeal of his death sentence. Fort Worth attorney Robert Ford was appointed earlier this year to represent Springsteen in that appeal -- the second step for Springsteen in the event that his direct appeal to the Texas courts does not pan out. (While preparation for the direct appeal and habeas appeal overlap, different attorneys handle them, and they're heard at different times by different courts.)

It is "fair to say," Ford notes, that Springsteen's Austin psych exam would help the lawyer compile the kind of evidence that should have been presented during the punishment phase of Springsteen's 2001 trial. During that second phase of a capital-murder trial, defense attorneys typically present mitigating evidence that would argue against a death sentence. But at Springsteen's trial, his attorneys Jim Sawyer and Berkeley Bettis inexplicably declined to offer such evidence to the jury. That evidence -- which Ford appears to be compiling now -- could specifically address whether Springsteen is a continuing threat to society, one of three questions that jurors have to answer in the affirmative before imposing the death penalty.

While Ford makes his preparations for an eventual federal court case, Springsteen's direct appeal attorney, Mary Kay Sicola, filed her brief with the Texas Court of Criminal Appeals on Oct. 16. Among the 15 issues Sicola has raised is the contention that District Judge Mike Lynch erred in allowing portions of Michael Scott's confession to be read into evidence during Springsteen's trial. (Scott was convicted in September for his role in the crime and was sentenced to life in prison. A third defendant, Maurice Pierce, remains in jail awaiting trial.) Sicola argues this violated Springsteen's Sixth Amendment right to confront the witnesses against him.

Since Scott was also facing trial for his role in the murders, the court could not compel him to testify at Springsteen's trial without violating his constitutional rights to due process and against self-incrimination. So in lieu of Scott's direct testimony -- which would have allowed Springsteen's lawyers to cross-examine Scott and attack his confession's reliability -- Lynch allowed a heavily edited version of Scott's confession to be read to the jury. This edited version deleted most of the confession's contents and context, Sicola wrote in her brief, and "removed statements that were inconsistent with the crime scene evidence, and with [Springsteen's own] oral confession. The result? An awkwardly worded hodgepodge further compounding the [Sixth Amendment] confrontation problem."

And the law is clear, Sicola argues, regarding such admissions -- she cites a 2001 Texas Court of Criminal Appeals decision regarding a Travis Co. murder case and an unanimous 1999 U.S. Supreme Court decision. "Admission of a nontestifying co-defendant's confession at the separate trial of a defendant has been characterized as a 'paradigmatic [Sixth Amendment] Confrontation Clause violation,'" Sicola noted from the 1999 Supremes' ruling. "In the case at bar, the trial court's redaction created a choppy product that distorted Scott's actual statements. Whether redacted or in its original form, the circumstances surrounding Scott's confession do not make cross-examination of Scott a superfluous activity. The 'voluntary statement excerpts,' reflecting less than 40% of the written confession, increases the need for, and value of, cross-examination. ... Events are depicted devoid of context."

Unless they file for an extension, Travis Co. prosecutors have 30 days to file a response. Sicola said she expects to argue the case in front of the Court of Criminal Appeals some time next spring.