Kealing Junior High may add a sixth grade -- at the expense of its three Eastside elementary feeder schools. 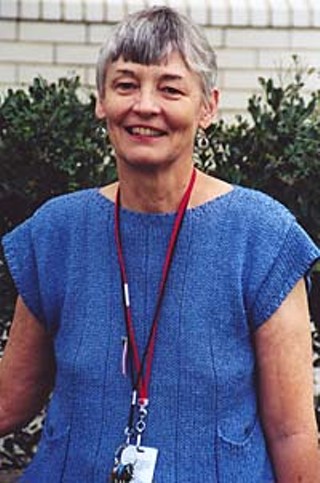 Although the Austin Independent School District is in the midst of a budget crisis, plans appear under way to add a sixth grade to the already full-to-capacity Kealing Junior High. The addition, which could cost as much as $2 million, has sparked a debate not only about AISD's budget priorities, but whether the move might actually prove debilitating for some of the students it's supposed to benefit.

Austin ISD has 16 middle schools (grades six to eight), but Kealing is the only junior high (grades seven to eight) in the district. Kealing also houses the district's comprehensive academic magnet program for the middle grades; for years, parents of magnet students whose local elementaries stop at fifth grade (which most do) have complained that their children must attend three schools in as many years. When AISD's Academic Magnets and Neighborhood Community Working Group -- a 21-member, blue-ribbon citizen panel -- issued its recommendations to the board last year, it urged that the district create a sixth grade at Kealing, as long as AISD didn't eliminate sixth grade at any of Kealing's five feeder schools. (Those five, and 10 others, still offer sixth grade.)

It seems AISD got it half right. The proposal -- still being hammered out by the district's Kealing Sixth-Grade Task Force -- seems likely to recommend eliminating sixth grade at three of Kealing's feeder schools -- Campbell, Oak Springs, and Blackshear, which serve the low-income Eastside neighborhoods closest to Kealing. Only three students from those three schools entered the junior high's magnet program this year, and Kealing Magnet Director Carol Hovland feels that a Kealing sixth grade could do a better job of preparing them to apply. "We can expose them to more advanced academics, extracurricular activities, more specialized teachers," says Hovland. "I think we can increase those numbers." The Kealing magnet currently offers three separate programs or "strands" -- liberal arts, science/math/technology, and a combined strand -- and Hovland would like to see them all made available at the sixth grade.

Although the Kealing magnet has few students from Oak Springs, Campbell, or Blackshear, it has successfully attracted other disadvantaged students for years through its Young Scientists Program. The program, housed in seven elementary schools (but not at any Kealing feeders), introduces students to an advanced science curriculum in the sixth grade. Young Scientists now make up almost a third of Kealing's magnet students, and they have greatly diversified the classrooms, both culturally and economically. "We find that it works really well to reach students in elementary schools," says Jo Garcia, the Young Scientists advocate at Kealing. "The younger students see their older peers in the program, and they are already interested by the third or fourth grades." A sixth grade at Kealing could undermine this benefit by drawing those students away from the elementaries.

Meanwhile, some research suggests that at-risk sixth graders perform better in elementary schools with smaller classrooms and a more nurturing environment. "It's true that kids already performing well will benefit from a middle-school environment," says UT sociology professor Chandra Muller. "But that shouldn't happen at the expense of everyone else. The kids that are more vulnerable will have a much harder time recovering from the early transition."

Meanwhile, Lee and Maplewood, Kealing's two other feeder schools, tend to be more middle-class; they provided a total of 52 incoming magnet students this year. After the highly organized parents at those schools put up a fight, Lee and Maplewood are set to keep their sixth grades. So far, the Task Force has heard little to nothing from parents at Oak Springs, Campbell, and Blackshear. Floretta Andrews, the principal at Campbell, says she is waiting to hear from parents before supporting any changes. But Gilbert Hicks, the principal of Oak Springs, supports the move. "I had the opportunity to teach our sixth graders last Friday," he says. "And the level of discussion was really impressive. My gut feeling is these kids would do better at Kealing." Hicks added that he thought the best idea would be to leave a sixth grade at one of the three schools, an option the task force is considering.

Susan Moffat, the Task Force representative from Lee (and wife of Chronicle publisher Nick Barbaro) wants to hear more from parents at those schools before signing off on the deal. "It is not good politics for AISD to admit this only benefits privileged magnet students coming from the west side," she says. "So they pretend this will help the feeder schools. If the goal is academic achievement, why not provide an advanced curriculum at those schools? Why not invest in what we already know works -- smaller class sizes and after-school tutors?"

Moffat also worries that the Task Force will be forced to make a recommendation without all the facts. The Task Force has only met three times but is being pushed to have a recommendation on AISD Superintendent Pat Forgione's desk by Nov. 8. (He plans to put the matter before the school board by December.) Moffat questions why AISD would want to spend money it doesn't have moving kids out of uncrowded campuses -- Blackshear, Oak Springs, and Campbell have all seen declining enrollment in recent years -- and onto Kealing's "landlocked" and overcrowded campus. "We still haven't heard what programs will be sacrificed to pay for this move," says Moffat. Lee and Maplewood parents are also concerned that opening a sixth-grade magnet would leave less room for students to enter in seventh grade.

The district will likely have to issue bonds to pay for a Kealing sixth grade. Kealing sits on city parkland, so the city would have to agree to let the school expand at its current site, whether through a costly renovation or simply by adding a few portables. Otherwise, another building on a separate site would have to be renovated, a more costly option.