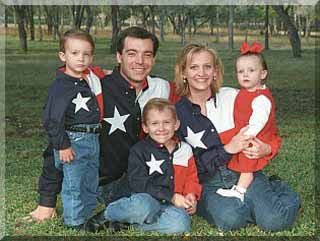 District 46 state Rep. Rick Green, R-Dripping Springs, may have pissed off the wrong constituent: Melinda Ballard, winner of the $32 million homeowners' insurance mold claim lawsuit against Farmers Insurance Co. and now president of Policyholders of America. After the Texas Association of Businesses' BACPAC distributed a flier ("Pssst. Patrick Rose has a Moldy Little Secret") in Green's district (now Dist. 45) attacking his Democratic opponent, "greedy" trial lawyers, mold remediators, and Ballard personally -- as the "Mold 'Queen'" -- Ballard sent out a blistering e-mail: "What is interesting is that Rick Green actually filed a mold claim. It was a construction defect and his insurer, Trinity, paid on it even though it was not covered. Interesting the way sitting legislators get better treatment than the average Joe, isn't it?" Ballard says Green's mold claim was filed in June of 2001, and that the insurer also put up Green and his family at the Downtown Omni. "I know all of this because Rick Green called me for help," wrote Ballard. "Rick Green, his kids, and his wife all had medical problems -- coughing up blood and the works." Another acquaintance of the Green family confirmed Ballard's story.

Ballard told the Chronicle Green called her to ask about the potential health effects of mold infestation, and she is outraged he is now claiming that mold complaints are based on "junk science." "I consider myself a Republican," said Ballard, "but I've given money to Patrick Rose because he's a much better candidate. I've also given money to Rick Perry and many other Republicans." She said Farmers has donated money to Green, and that she is angered by the insurance companies' attempt to "blame the victims" (homeowners) for the insurance crisis. She said "all this crap about trial lawyers and homeowners being to blame is not resonating with citizens. ... It's a very important thing that these liars are exposed."

Last month Green generated headlines when Travis County Attorney Ken Oden announced that he is investigating the possibility that contacts last year between Green and the Texas Dept. of Health on behalf of Metabolife International may have violated state law. (See "Speed Lobbying," Oct. 25.) This week the Chronicle obtained a copy of a March 21, 2000 e-mail memo from Green to Russell Capper, president of e-Realty.com, a Web-based realty sales company headquartered in Houston. At the time, Capper's company had sued the Austin Board of Realtors (of which it was a member) in federal court over the ABR's attempt to end e-Realty's use of Multiple Listings Service information on its Web site.

In the memo, Green asks Capper to join NetPac, a high-tech political action committee (now defunct) that Green was helping to organize, and suggests that Green could help e-Realty.com legislatively, legally, and apparently as a lobbyist (either directly or through Arter and Hadden, Green's firm at the time). Green describes the lawsuit as "only the beginning," and says he and NetPac can help Capper "build the political relationships that will give you the muscle to defeat [damaging legislation]." Green offers to try to help influence attorney Patrick Keel (of Baker Botts, representing the ABR), through his friendship with the lawyer's brother, state Rep. Terry Keel, R-Austin. Green continues, "I can help you A LOT with legislation and regulatory problems, but the only way I can help you with the lawsuit is if you engage my law firm in some capacity." Green suggests that if Capper hires Arter and Hadden as the company's lobbyist, Green would be able to "weigh in" on the lawsuit. He also suggests a change of venue to Hays County, in which event, he promises vaguely, "I could be a big help."

Contacted in Houston, Capper said that while he does not recall the specific memo, he does remember contacting NetPac and then having "several exchanges" with Green about his business and the lawsuit. "He wanted to me to join that PAC," Capper said, "but I told him I needed help now, because my business was in immediate trouble." Capper says he didn't join NetPac, and he didn't take Green up on his other offers. "Believe me, I'd tell you if there was a quid pro quo," Capper said. "I'm just a businessman using some new technologies, and I hate politicians. I have a rule -- never vote for incumbents -- that has served me pretty well."

Capper said his overall impression of Green was that he was "pretty weird. He kept saying that as a businessman he could talk my business language, so I finally asked him what kind of business was he in. He said he had a company that sold videotaped C&W dance lessons. That kind of tells you where he was coming from." Green's checkered business career, which the lawmaker admits includes several enterprises subject to tax forfeiture, has given grist to the campaign mill of Rose.

In any event, the court granted an injunction to Capper, and according to Patrick Keel, the national Realtors' organization changed its rules governing Web sites and the suit was settled amicably. Keel says he was entirely unaware of Green's correspondence with Capper and has no idea what Green might have meant about his presumed ability to influence the lawsuit via his legislative relationship with Terry Keel.

While there is little reason to doubt Capper's assurance that there was no quo, it's not because Rep. Green wasn't offering all kinds of quid to the businessman, who had the good sense to turn him down. Rep. Green did not return calls requesting comment, but at a District 45 candidate forum Monday night in Dripping Springs, he reiterated that he had "never profited" from his legislative position, and that he sees no conflict of interest in lobbying state agencies on behalf of private clients while a sitting legislator.

At press time, neither Rick Green, his campaign, nor Trinity Universal (a division of Dallas-based Unitrin) had responded to calls requesting comment.