Speed Lobbying: Wentworth and Green Revolve the Door From Inside the Building 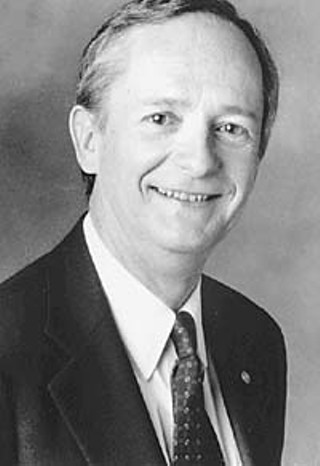 Even the Chronicle's editorial board was blindsided by last week's revelations that state Sen. Jeff Wentworth, R-San Antonio-and-soon-to-be-South-Austin, is being investigated by Travis County Attorney Ken Oden. The probe concerns possibly illegal lobbying of the Texas Dept. of Health on behalf of Wentworth's legal client, Metabolife International, a San Diego-based company that markets "nutritional supplements." Having already decided to endorse Wentworth for re-election in his redrawn Dist. 25, where he has no serious opponent, we acknowledged "the ethical charges brought against him" yet described him as "a thoughtful man who comes to his positions honestly and has no use for demagoguery" (Oct. 18).

We've certainly had differences with Wentworth in the past (particularly on Austin-bashing issues, which he may have to temper now that he's officially one of us). But among state Republicans he remains a political moderate willing to buck GOP extremists on matters of principle (notably abortion rights and most recently redistricting). That said, we probably shouldn't have been blindsided by the ethics investigation.

Peggy Fikac broke the story in the San-Antonio Express-News last fall that Wentworth and his law firm, Loeffler, Jonas & Tuggey, were lobbying TDH commissioners. Metabolife aimed to delay for a year an agency requirement that the company's products (along with all others containing "ephedra" or ephedrine, an herbal derivative quite similar to methamphetamine) be labeled with a U.S. Food and Drug Administration "Medwatch" 800-number. Consumers who experienced apparent adverse reactions to the pills (used for dieting and "energy" boosts) could inform the FDA, which could then compile the information. Hardly a burdensome requirement -- industry lobbyists had already delayed it for 16 months, but Metabolife's competitors had finally acceded.

Loeffler et al., including Wentworth and his House colleague Rick ("Focus Factor") Green, R-Dripping Springs, officially failed in their quest. The TDH persisted, the Attorney General's office (responding to a request from state Sen. David Cain, D-Dallas) concurred, and the rule went into effect -- although at this moment, Metabolife remains out of compliance, preferring to use its in-house consumer line. (That tells you something about TDH enforcement powers.) In late summer, the IRS seized the company's financial records, and the Dept. of Justice opened a criminal investigation after the company admitted concealing from the FDA more than 13,000 consumer complaints of adverse reaction to its products.

Not surprising, since ephedra-based products (which increase heart rate and blood pressure) have been linked by experts to numerous health problems, including addiction, psychosis, strokes, seizures, heart attacks, and deaths. "It's one molecule different than methamphetamine," TDH pharmacist Cynthia Culmo told the Houston Chronicle. "Legal speed is what it is."

When Fikac broke the story last fall, Cris Feldman of Texans for Public Justice filed an open records request to determine the extent of the lobbying contacts (refuting Rick Green's charge that the revelations are a last-ditch TPJ effort to forestall his re-election). Feldman says even he was surprised by the amount of arm-twisting going on, "90% of it lobbying TDH behind closed doors on policy matters." 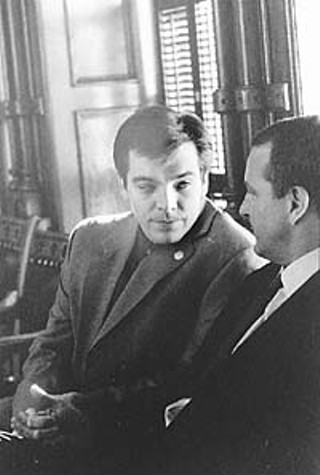 According to the documents, Wentworth elicited the personal intervention of Health and Human Services Secretary Tommy Thompson and U.S. Rep. Dan Burton, R-Indiana, who contacted TDH commissioners and informed them that the FDA would not be able to handle the anticipated flood of complaint calls. Unfortunately for Thompson and Burton, the FDA itself contradicted them.

As you might guess from that exchange, the Metabolife assault on the TDH had its comic aspects. On the one hand, the company insisted its products are safe and that there are virtually no complaints; on the other, it grimly warned the agency that the FDA 800-number "wouldn't work" because so many people would call they would tie up the phone lines. Green even submitted an industry-sponsored survey claiming that test calls to the number received only busy signals or went unanswered. But TDH staff politely pointed out that the industry's test-callers were calling the wrong 800-number. At Green's insistence, TDH staff performed its own test of the MedWatch number -- they found the FDA operators answered immediately or returned calls within an hour, eventually growing irritated that the staffers kept calling back.

For the record, Texas Government Code article 572.052 (under Title 5: "Open Government; Ethics") allows legislators to perform only "ministerial" actions (filing documents and the like) on behalf of paying clients before state agencies, unless they advocate in an "adversary" proceeding "or another public hearing ... of record," and the legislator discloses the paying relationship. Ken Oden told reporters last week that under the law, what Wentworth and Green (and by many accounts, other legislators) were doing behind closed doors is apparently illegal -- a class A misdemeanor punishable by a year in jail or $4,000 fine per offense. Wentworth and Green announced that while they don't agree with the prosecutor's "interpretation" of the law, they will henceforth abide by it, pending a "clarification" by the next Legislature. (Green may be in deeper trouble than Wentworth, since the TDH documents suggest he also used his legislative staff to pursue the Metabolife matter. Characteristically, Green released a statement pointing fingers everywhere but at himself.)

TPJ's Feldman commented, "It's laudable that the legislators have decided to stop what they were doing -- but neither ignorance of the law nor a change in behavior excuse past illegal actions."

Asked for comment, Wentworth said he still believes he did nothing wrong, and that "adversary" proceedings include his private conversations ("I don't consider it 'lobbying,'") with TDH commissioners on behalf of Metabolife. "The agency staff meets behind closed doors with the commissioners," he said, "and they are taking an adversary position to my client."

In my experience, the senator is normally a straight shooter. But to persuade himself that state employees charged by law with protecting the public health are "adversarial" to corporate clients protecting their bottom line -- well, he must be using a very crooked gun barrel indeed, and in the bargain may have legally shot himself in the foot.

Wentworth argues plaintively that he's one of the good guys, a "white hat" unwittingly tripped by an ambiguous technicality. To my eyes, the law is not ambiguous -- but as Feldman argues, the practice of sitting legislators who determine agency budgets doing any sort of agency lobbying at all should be banned outright.

Let's hope that's the "clarification" the Lege will take up in January -- but I wouldn't bet their pissant legislative salaries on it. In the meantime, Dist. 25 voters take solemn note: Our endorsement, and your dose of Sen. Wentworth, should not be taken in combination with Metabolife. n