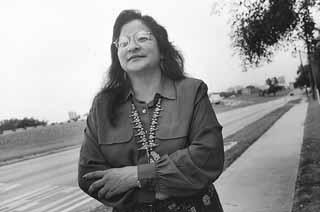 One of Austin's most committed activist groups -- People Organized for the Defense of Earth and its Resources (PODER) -- got national attention this week when co-founders Susana Almanza and Sylvia Herrera won a "Leadership for a Changing World" award from the Ford Foundation. The award, which comes with a $130,000 cash grant, recognizes PODER's efforts on environmental justice and quality-of-life issues in East Austin, including closing down the gasoline tank farm and relocating the BFI recycling plant. Council Member Raul Alvarez -- a former PODER staffer -- nominated Almanza and Herrera for the award; the two native Austinites are among 20 activists and advocates honored this year by the Ford Foundation.