Enron's Masters of the Universe

A Conversation with Robert Bryce 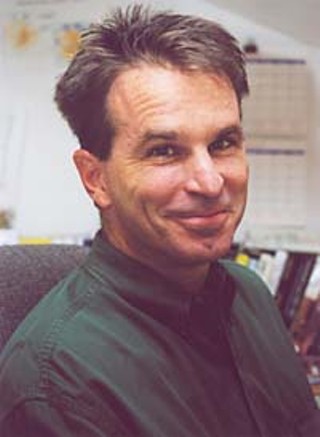 Robert Bryce, the author of Pipe Dreams, reported for the Chronicle from 1988 to 2001, most of that time as a staff writer in the Politics department. We talked to him recently about his new book.

Austin Chronicle: Can you describe briefly the important events in Enron's collapse, beginning in 1997, when Jeff Skilling took over as chief executive officer?

Robert Bryce: The really key event in the last four years of Enron's life as a company occurred in late 1996, when former president and chief operating officer Rich Kinder departed -- he was essentially forced out by Ken Lay. Here was a company that really began right after Spindletop in 1901 and had lasted 100 years, and its final four years were the complete corruption of the 100 years that had come before. That was the turning point, when Enron was essentially converted into a perverted accounting-fueled dot-com.

What was astounding was how quickly, once the first rivets popped off, the company disintegrated. That was in very large part due to the enormous amount of leveraged debt it had. Enron owed so much money that by the time it failed its interest costs alone were $2 million a day. Enron had to borrow tremendous amounts of capital to keep its trading operation alive, and the trading was supposed to be this tremendously profitable venture. The fact of the matter is, it was not, and the only profitable venture they were making with the trading was their mark-to-market accounting, to show initially huge revenue and profit increases -- even though the "profits" that they were making were not cash.

AC: Once the company adopted "mark-to-market" accounting -- in essence, booking all the projected profits of multi-year deals in the initial year -- it had to book much bigger deals in every succeeding year.

RB: The adoption of mark-to-market accounting forced the company to become a deal-making machine with no concern for cash. Enron failed because it ran out of cash and did not have enough money to pay its bills. That sounds obvious when you say it -- but revenues plus profits did not equal cash. That became the key blind spot for Jeff Skilling, who thought cash wasn't an important commodity in terms of running the business. Kinder had been a cash hawk, a business-fundamentals guy who always was watching exactly how profitable a venture was. But Skilling did not understand the importance of cash, cash flow, and of maximizing the profitability of your company. He thought to "grow a market" was enough. Enron had no trouble creating trading markets, yet the traders could never make enough money off those markets to sustain the company, and that's what eventually ate them up.

AC: Late in the cycle Enron got into the broadband business, although it was obvious to their own analysts that the market wasn't there and the deals were bad.

RB: Broadband was the biggest fraud at Enron. How much of it was complicit fraud, and how much of it was fraud by lazy overfed executives who didn't give a shit, I can't say. There was a clear realization by the executives at Enron Broadband Services -- particularly Ken Rice and probably Kevin Hannon -- who, right before they quit Enron, realized, "I'm getting out of here because we can't make any money at this." That's exactly what Ken Rice did: He cashed out all his options and walked away with $70 million plus.

RB: They were making too much money to notice -- so many of them were blinded by the money they were making, they figured that they couldn't be wrong. The dealmakers and the Masters of the Universe at Enron were seldom judged by their ability to make real profits -- their incentives were all based on mark-to-market accounting. ... The fundamental problem in the accounting system was not mark-to-market itself [but] the lack of standards by which they would use that system, and furthermore a lack of oversight by the Federal Accounting Standards Board and the Securities and Exchange Commission to verify and corroborate the valuations the company was using in its mark-to-market processes. ... The SEC is chronically underfunded and undermanned, and was busy elsewhere, although they also didn't seem to have any inclination to do anything. There was also the total corruption of Arthur Andersen's accounting oversight by its consulting side -- as at the other big accounting firms -- which has led to a total breakdown in that public responsibility role that certified public accountants have historically had.

AC: The book also chronicles what you see as the personal moral corruption of Enron executives.

RB: In one of my first interviews, I talked to a hedge fund manager who was familiar with Enron. He told me, "You can't write this book without writing about the sex." At first I thought that was irrelevant, but I eventually concluded he was right. The Enron story has no peers when it comes to high-level sexual shenanigans that set Enron apart. Enron was over the top. ... There were several quite public affairs, and it became a self-fulfilling presumption: "Neither the sexual rules nor the financial rules apply to us, because we're smarter, faster, and better looking than anyone else in town."

AC: You also describe the corrosive effect of the annual "Performance Review Committees," which required everybody in the company to be ranked by everybody else, and the lowest-ranked to be fired.

RB: The PRCs ... allowed people with power to punish or threaten their enemies, and it created enormous incentives to push through deals that were bad for the company but very good for the individuals, who got their piece of the action up front -- those rewards would be reinforced through the performance review committees. ... And I think the lower level employees were abused throughout. They were never considered real "players" in the big money game. The "grinders" -- who got the mail out, got the bills paid, who kept the daily business of the company going, who did all that work -- they got crushed by this rolling egomaniac culture. But if you were a "revenue generator," you were God.

AC: Could the company have kept on going indefinitely if the Internet bubble hadn't burst?

RB: Enron's bubble was going to burst eventually, because enough short sellers were going to get wind of what all was going on. Wall Street Journal stories played a big role in breaching the dam, because they reported that the chief financial officer, Andy Fastow, was personally profiting enormously from deals with the company and these off-balance-sheet partnerships. The news of that alone would have crushed the stock, but I don't think it would have gone bankrupt had Ken Lay acted more intelligently on Fastow. He should have called the SEC in mid-October of 2001 and told them Fastow alone had made $45 million on the partnerships. Lay could have said, "King's X, timeout, call in the SEC, we've been looted -- let's halt trading in our stock and restate our earnings." Lay might have been able to restructure the company, but he had purposely detached himself too far from the daily business of the company to be able to get down to brass tacks about what had happened.

AC: Is the Enron story exceptional or representative of recent corporate scandals?

RB: Enron was exceptional, because the corruption was so complete, and beyond anything else in corporate America. I don't mean to minimize it, but even with the number of corporate scandals we've seen recently -- Tyco, WorldCom, Adelphia -- it's still a handful of companies, although they all show a number of problems that need to be fixed quickly. But I think Enron is the worse malefactor of the group, because so many different parts of the corporate, financial, and political systems were corrupted. ... It remains the biggest and baddest of the scandals, and what still kind of surprises me is the amount of greed at the end -- how greed became such a totally corrosive and corrupting force inside the company. Enron ate itself alive because the executives propagated a culture that encouraged nothing but greed. There was no esprit de corps, no co-responsibility, for anyone else in the company or for the company as a whole, or any sense of a larger, common community of interest. There was a total replacement of that with the greed motive, and it created a perfect atmosphere for Enron to destroy itself.