Enable the Disabled -- or Else

Tweet
print
write a letter
Last Thursday, the Texas Civil Rights Project and the statewide disability rights group A.D.A.P.T. of Texas filed 12 lawsuits across Texas to commemorate the 12th anniversary of the Americans With Disabilities Act. Travis County's own honored recipients include Gold's Gym, Enterprise Rent-a-Car, and Valet Service downtown parking lots; the two advocacy groups also filed a joint suit against the Texas Supreme Court (its second time sued under the ADA) and Baylor Law School. Citations include failure to provide adequate or accessible parking spaces for people with disabilities, and failure to provide access to buildings.

Will the defendants fight 'til the bitter end? Maybe not. On Friday, just one day after filing the lawsuits, TCRP Director Jim Harrington told the Chronicle that he had already gotten three phone calls from defendants willing to settle, in addition to a fourth "inquiry." "I would imagine they're all going to settle [out of court]," he said. "I would be pretty surprised if they didn't." One party vowing to take its lawsuit seriously is Enterprise Rent-a-Car; Christy Conrad, assistant vice-president of public relations, says Enterprise will address any discrepancies as quickly as possible.

This year's batch of lawsuits marks the latest of five consecutive annual litigation campaigns to help make the ADA effective for disabled Texans. Since filing seven lawsuits in 1997 to commemorate the ADA's seventh anniversary, the TCRP (eventually in conjunction with A.D.A.P.T.) has increased the number of lawsuits each year by one. "Since the ADA has been on the books for 12 years, there is no excuse why businesses and government shouldn't be accessible by now," said David Wittie of A.D.A.P.T. "We hope these suits will send a strong signal to local businesses and government offices that we take the ADA seriously, and that they will need to, also." 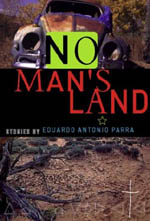 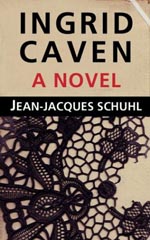 The Latest in Paper
Based loosely – very loosely – on the Seventies German film actress and cabaret singer of the same name, Ingrid Caven's is a world psychologically damaged, and perpetually haunted, by the horrors of the 20th century