An Abstinence of Judgment

The Bush administration's new appointee to the Presidential Advisory Council on HIV / AIDS is motivated more by ideology than science, critics warn. 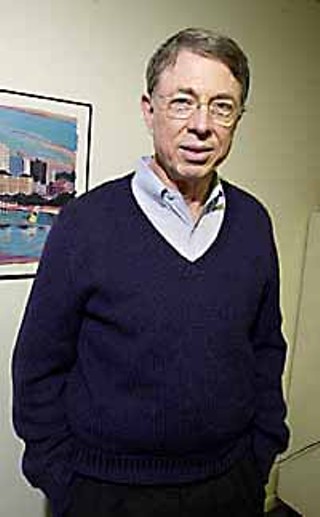 , president and CEO of the Austin-based Medical Institute for Sexual Health, says he's "very excited" about joining the Presidential Advisory Council on HIV/AIDS -- an advisory panel created in 1995 by the Clinton administration to make recommendations on U.S. policies and responses to the epidemic. On Dec. 26, McIlhaney received a letter from Health and Human Services Secretary Tommy Thompson inviting him to join the council; a HHS spokesman said the council's final list of appointees remains unofficial. The appointment has stirred controversy among activists and medical professionals who think McIlhaney's views on AIDS education and prevention are more ideological than scientific.

A board-certified obstetrician/gynecologist, McIlhaney gave up his private practice in 1992 to found the Medical Institute, a nonprofit that holds seminars and produces brochures and videos endorsing sexual abstinence. In March 1999, the Institute worked with then-Gov. Bush's administration to produce the Right Choices for Youth conference, which emphasized abstinence (including such novel concepts as "secondary virginity"), drug prevention, and personal responsibility. According to Institute literature, "there is a new sexual revolution underway -- one based on science, built on character, and bridged through education." McIlhaney and the Institute promote marriage as "the best public health strategy" for fighting STDs and premarital pregnancy (while generally improving people's sex lives, of course), and consider messages emphasizing safe sex and condoms as offering "a false sense of security." According to The Texas Observer, McIlhaney's Institute is heavily funded by James Leininger, the San Antonio millionaire devoted to a myriad of conservative and "faith-based" causes.

Speaking to the Chronicle, McIlhaney somewhat muted his published views. "As far as condoms are concerned, people on both sides get real emotional. My position is to look at the data," he said. "You nor I nor this council can make people do anything, but look at the data. If someone doesn't have sexual intercourse, they can't get an STD, most likely, unless they do IV drugs." He ended his medical practice in order to address the impact of HIV, STDs, and premarital pregnancies, and "to help people in a broader sense than I was before." He emphasizes premarital pregnancies, he said, "because in general, the statistics would show a couple's more likely to stay together if they are married when they raise a child."

Kirk Rice, executive director of Out Youth Austin and a member of the city of Austin's HIV Planning Council, believes the Medical Institute's abstinence-only message is "shortsighted [and] wrong" in denying young people's proclivities toward sexual activity. "I just don't think it's a realistic view," he said. "You're appointing someone who doesn't have the vision to realize all the ways we need to prevent HIV. It's a much bigger issue than whether you have sex or not."

Dr. Scott Spear, a former Austinite who now serves as an associate professor of pediatrics and is director of clinical services for University Health Services at the University of Wisconsin-Madison, sat with McIlhaney on a committee formed by AISD in the Nineties to develop sexual curriculum guidelines. "I found him very difficult to work with," Spear said. "His argument was that because condoms were not 100% effective, we shouldn't talk about them. But in terms of prevention, there's nothing we do that is 100% effective." He agrees that delaying intercourse can help young people avoid HIV, but believes that emphasizing marriage as a means of prevention contradicts the reality of married people infected by cheating spouses and alienates gays and lesbians for whom marriage isn't a legal option. The first HIV-infected patient Spear treated, he said, was a 50-year-old married woman. "How is [the pro-marriage message] going to help her?"

Although McIlhaney has authored several books on sexuality, he does not publish in medical journals -- a standard forum in which doctors review their peers' research. Spear questions McIlhaney's scientific background and professional experience in treating HIV/AIDS: " I think [his pending appointment] is to satisfy a group of religious extremists who helped put Bush in office."

According to the Advisory Council's literature, the presiding Health and Human Services secretary chooses members (as many as 35) based upon their "particular expertise in, or knowledge of, matters concerning HIV and AIDS." Aside from McIlhaney, the 26 new pending appointees include a former Miss District of Columbia (described by the abstinence education group Project Reality as "passionate [about] abstinence"), AIDS activist Mary Fisher, and a Sikh community leader from Milwaukee; nine members are holdovers from the Clinton era. Several share McIlhaney's view that abstinence is the best form of HIV/AIDS prevention -- most notably former U.S. Congressman Dr. Tom Coburn, R-Okla., a former obstetrician poised to become the council's new co-chair (the other is the Health and Human Services secretary from the previous Bush administration, Dr. Louis Sullivan). According to information released by Thompson's office, Bush's new budget proposes $135 million for abstinence-only programs, a $33 million increase over last year.

Both Coburn and McIlhaney say they hope to spend their four-year terms on the council addressing rapid transmission of HIV in minority and poor communities -- particularly among women. At his first council meeting in March, McIlhaney hopes to suggest testing people for HIV and syphilis concurrently, due to increasing rates of syphilis. He also plans to encourage pharmaceutical companies to develop new drugs.

"I'm not going there as the president of the Medical Institute," he said, "but as Joe McIlhaney, a new member of the council."