Would the real Austin Film Commission please stand up? 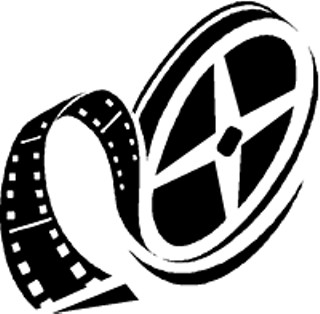 Austin film mavens were asking that question this week, when they discovered an apparently new player on the local film scene: the "Austin Film Commission." The "commission" is composed of two downtown businesspeople -- Richard Aleksander of Aleksander's Same Day Framing Gallery and Roxanne Wheless of River City Tattoo and Exotic Piercing -- who assumed the name in November and in recent weeks have been operating the new venture out of their existing businesses. Aleksander and Wheless told us that they decided the city needs a "full-fledged film commission" to replace what they describe as the inadequate performance of the Austin Film Office, a division of the city's Convention and Visitors Bureau. "The film office," said Aleksander, "has not done the stuff that film commissions are supposed to do. They're supposed to be a liaison between the government, the community, and the film industry. Instead, they're primarily concerned with filling hotel rooms and renting the Convention Center." Aleksander says he and Wheless intend to fill the gap -- and say they have already begun referring industry inquiries to local vendors or employees.

Austin Film Office Director Gary Bond disagrees. His office has been carrying on those functions quite well for many years, he says, pointing to numerous film productions in Austin as evidence. The office, Bond added, operates under contract from the city, and is not called a "commission" because that term has a specific meaning in Austin: an appointed board of volunteers (e.g., the Planning Commission) that makes formal policy recommendations to the City Council. "Because of that, it never occurred to me to protect that name," Bond said, "but when somebody calls and asks, 'Is this the Austin Film Commission?' I say yes, because we do what a film commission does." (The office is formally affiliated with the Association of Film Commissions International).

Bond says sudden creation of the "AFC" is already an inconvenience. "It has caused me to spend a lot of time on the phone explaining that this new group has no connection to the city of Austin," he said. Film commission services are normally free of charge, Bond adds, which makes it dubious that a private group, even a nonprofit, could sustain itself.

Others in the film community worry that out-of-towners will be confused by the new group's quasi-official title. "People have been saying, 'I understand there is a group in town going by the name by Austin Film Commission,'" said Austin Film Society Executive Director Rebecca Campbell. "They're confused whether it's a government entity or not. We want to attract films to Austin, and we would hate it if there is a confusion."

Aleksander and Wheless say they want the same thing. But there's a bristling back story to the dispute. Both say their small businesses were negatively affected when recent film productions (Miss Congeniality and Spy Kids) closed downtown streets for many weeks, and that their complaints to the film office and the city fell on deaf ears. "They just referred the problem to the Downtown [Austin] Alliance," Aleksander said. "The Downtown Alliance does not represent small businesses, and we were out of the loop completely. ... We started the commission to protect the downtown from the city."

The city may well respond in kind, as may various other Austin film organizations currently considering their options -- including legal ones.