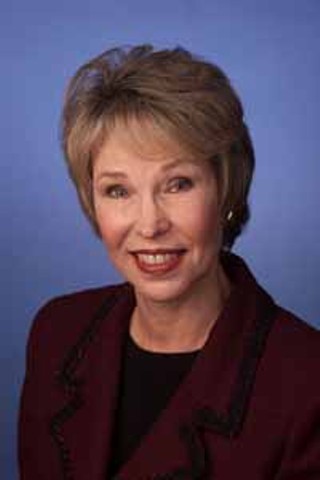 At its Jan. 24 meeting, the Austin Independent School District plans to hear a proposal from Edison Schools Inc. -- a private, for-profit school management company that hopes to manage as many as 15 East Austin schools. Edison, which currently runs 136 schools in 23 states, has received mixed reviews across the country. Rev. Sterling Lands II of the Eastside Social Action Coalition contacted the company; ESAC vociferously asserts that AISD is failing to educate students of color. The meeting takes place at 6pm at the Carruth Administration Center, 1111 W. Sixth.

Earlier this week, Beverly Griffith became the first of three City Council members to announce she has reached the halfway mark in the campaign to bypass term limits. So far, 13,000 Austinites have signed petitions supporting a third-term run for Griffith, who was elected in 1996. The filing deadline for Griffith and fellow signature-seekers, Council Member Daryl Slusher and Mayor Pro Tem Jackie Goodman, is March 20.

East Austin has been rejected for a possible HUD Empowerment Zone grant, which would have made businesses and residents eligible for tax incentives and federal grant programs to stimulate the local economy. San Antonio received one of the seven grants, which are targeted at economically disadvantaged areas.

The City Council approved 5-2 on first reading the Villas on Guadalupe student housing project, sited on a triangular plot of land between the Drag and Hemphill Park. The University Area Partners neighborhood association and many UT students are jazzed about the proposed complex, but the North University Neighborhood Association and other nearby neighborhood groups remain apprehensive. Developer Mike McHone says he's reduced the Villas' height and number of units to address neighbors' concerns about scale, moved its parking garage, and hired a traffic engineer to mitigate neighbors' fears of increased traffic. But NUNA counsel Rachael Rawlins says her clients are "outraged" by the developer's re-divided zoning boundaries, which they say is "an attempt to defeat [our] valid petition" against the project's ultra-dense zoning.

After months of meetings and negotiations, the city has finally released documents detailing proposed changes in its Brackenridge Hospital lease agreement with Seton Healthcare Network. The city and Seton had to renegotiate the terms of the lease after the Catholic nonprofit announced last June that it could no longer allow city-contracted hospital employees to provide certain reproductive services. Lease language regarding the city's "hospital within a hospital," which would continue these reproductive services at Brack, is available at www.ci.austin.tx.us/news/brack/.

On Tuesday, City Manager Jesus Garza finally named former Austin City Attorney Iris J. Jones as the city's new police monitor. Jones will begin her new job Feb. 11, at an annual salary of $120,000. ACLU attorney Ann del Llano and other police accountability activists cried foul at Jones' nomination, claiming that Jones -- who as a city attorney would have defended APD against outside legal action -- will operate with a conflict of interest.

The ailing semiconductor industry claimed more victims in Austin last week with Motorola's announcement that it would close one of its local assembly plants and cut 200 jobs. The $100 million B.A.T. 1 plant, a packaging and testing facility in East Austin, will shut down most of its operations, although it's unclear when the cutback will occur. Motorola plans to transfer its packaging and testing facilities to Malaysia and China.

Alcatel might have commercialized the image of slain civil rights leader Martin Luther King Jr. delivering his "I Have a Dream" speech, but it still doesn't own his commemorative holiday -- which this year falls on Monday, Jan. 21. Local organizers will host a 9am rally at Huston-Tillotson College that will become a march to the State Capitol at 10:30am. At 6:30pm, the American Friends Service Committee and the Coalition of Communities of Color will hold "The True Legacy of Martin Luther King," a town hall meeting, at St. James Episcopal Church, 3701 E. MLK. The city of Austin will close the city landfill and museums, suspend garbage collections for the day, and make other scheduling nips and tucks. Start celebrating MLK Day early by participating in Saturday's MLK Jr. Boulevard Clean-Up, an annual effort to clear the roadsides of mindlessly tossed trash. Volunteers are invited to assemble at J.J. Seabrook Park at 9am for the clean-up, which Austin state Rep. Dawnna Dukes will host.

Around 420,000 Travis County residents will receive renewal voter registration certificates in the mail -- powder-free, no doubt. If you haven't received your new certificate yet, call the Travis Co. Registrar's office at 854-9473.

"Naked City" never figured out how Ralph Nader "spoiled" the 2000 election by getting three million people to vote for him (was it hypnosis?), but perhaps "that's just politics." The consumer advocate, environmentalist, and conditional Green Party candidate derived much of his support by holding super-rallies -- a melding of the town hall meeting and the rock & roll concert -- in cities across the U.S. On Jan. 26 at 5:30pm, Nader brings his super-rally back to Austin's Toney Burger Center as part of his "People Have the Power" tour, which will also feature rockers Patti Smith and Jackson Browne, columnist Molly Ivins, and others who are interested in revitalizing the grassroots in Texas. To get a table spot or for more info, call 482-0404. From 3-5pm, the Travis Country Green Party will hold a fundraiser at Threadgill's (301 W. Riverside) featuring Nader, with half of the proceeds going to the campaign for the Austin Fair Elections Act.

Get ready for the latest installment of Georgetown Political Follies. The city is preparing for its Feb. 2 recall election, in which the voters will decide whether or not to oust Mayor MaryEllen Kersch and four other council members, including Mayor Pro Tem Clark Lyda. To get out the vote, the Citizens for Georgetown political action committee -- Kersch and Co.'s most vocal opponents -- will distribute fliers and run political ads, slated to appear this week in the Williamson County Sun and the Williamson County edition of the Austin American-Statesman, saying the local pols are "power-hungry" and should be ousted for "greedy self-interest." Early voters can cast ballots through Jan. 29.

Texas juries are a plaintiff's best friend. That's the word from the national newspaper Lawyers Weekly, which recently released its annual survey of the 10 largest jury awards. Lone Star juries secured two slots on the 2001 list, which also ranked California, New York, and Louisiana juries among the most generous. The top two awards were given in cases involving the tobacco and oil industries. In Texas, a Fort Worth jury awarded the fourth-highest verdict -- $312.8 million -- to the family of a man who died from malnourishment in a nursing home. Ranking eighth on the list was a jury in Laredo (hometown of Democratic gubernatorial candidate Tony Sanchez) that awarded $108 million to a Mexican heiress who sued her stepmother for failing to repay a $34 million loan. See www.lawyersweekly.com for the complete list.

When Exxon and Mobil merged in 1999, Mobil's nondiscriminatory policy and domestic partnership benefits essentially went the way of those thousands of sea creatures killed in the Exxon Valdez oil spill of '89. Okay, perhaps that's not a fair comparison -- but Exxon did revoke Mobil's policy, which included sexual orientation, and it closed domestic partner benefits to any additional employees. A national boycott effort of the newly merged oil giant soon followed, and last week, the Lesbian Gay Rights Lobby of Texas officially joined the boycott. Organizers believe they have some pocketbook leverage in this battle because ExxonMobil's competitors -- Chevron, BP Amoco, and Texaco -- specifically prohibit discrimination based on sexual orientation, while Amoco, Chevron, and Shell offer domestic partner benefits. Check out www.lgrl.org for more info.

Dianne Hardy-Garcia is leaving the Lesbian Gay Rights Lobby of Texas after nearly nine years as its executive director. Hardy-Garcia will announce her resignation, effective March 1, in a press release today (Thursday). At LGRL, the longtime lobbyist leaves behind a legacy of unwavering determination over the years as she worked to secure passage of the state hate crimes bill, which Gov. Rick Perry signed into law last year. "I have a sense of completion," Hardy-Garcia said of the success of the James Byrd Jr. Hates Crimes Act. "There are rare moments when you get to see completion." The LGRL board of directors is expected to conduct a national search for a successor to Hardy-Garcia, who is still undecided about future pursuits.

Like politics, cookery requires more than knife-wielding acumen -- it also demands cooperation. Jack Goodman, ACC culinary student, Barton Springs/Edwards Aquifer Conservation District board director, and husband of Mayor Pro Tem Jackie Goodman, recently began a six-week internship at Jeffrey's Restaurant to become a more effective team member in the kitchen -- and to adapt to the quick pace of restaurant life. "Working in a kitchen is pretty much a young person's job," he said humbly, "but I'm holding my own." Goodman will graduate from ACC in May. He's considering opening a restaurant, but hasn't decided which style of cuisine to serve. "Naked City" recommends Polish.

The Friends of Deep Eddy, a group of swimmers and advocates of the historic West Austin pool, is collecting donations on behalf of the City Aquatics Dept. in order to open the pool by February. Unofficial "Friends" and acquaintances should send checks or money orders to the City of Austin Aquatics Dept., Feb/Mar 2002 Deep Eddy Fees, 200 S. Lamar, Austin, TX 78704.