A Way Out of the Desert?

Sanchez and Morales hustle for the AFL-CIO. 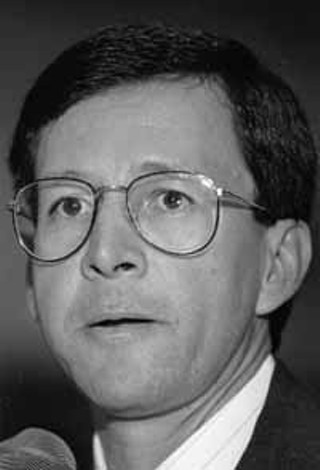 Tatcho Mindiola, the venerable director of the Center for Mexican Studies at the University of Houston, told the San Antonio Express-News last week that Dan Morales' entry into the governor's race "adds some salsa" to the campaign. In ethnic ingredients, perhaps: To judge from the dim Morales/Tony Sanchez fireworks at this week's AFL-CIO Committee on Political Education (C.O.P.E.) convention, the recipe remains single X (extra mild).

The "gloves-off" headlines that followed seemed more journalistic wishful thinking than actual political fisticuffs. Neither Morales nor Sanchez is exactly a barn-burning orator, although each did provide a glimpse of the "issues" likely to dominate the brief but suddenly intense Democratic primary campaign. According to Morales, Sanchez is a quasi-Republican trying to buy the governorship; according to Sanchez, Morales is a "Danny-Come-Lately" whose commitment to traditionally Democratic issues (i.e., affirmative action) is suspect at best.

The gubernatorial candidates were competing for the C.O.P.E. endorsement of the AFL-CIO, with its roughly 200,000 members a traditional benchmark and jump-start for Democratic candidates. Also addressing the crowd of several hundred delegates who gathered at the Hyatt Regency earlier this week were U.S. Senate hopefuls Ron Kirk, Ken Bentsen, and Ed Cunningham, as well as Lt. Gov. candidate John Sharp, Austin's own Kirk Watson (running for attorney general), and Marty Akins (now on the comptroller line). But the hot ticket was the dust-up for governor, abruptly complicated by Morales' surprise, last-minute entry into the race. Until he declared his candidacy at the Jan. 2 filing deadline, the universal expectation was that Sanchez, as the party's Designated Slugger, would waltz to the Democratic nomination over token opposition (Houston lawyer John WorldPeace and Waxahachie businessman Bill Lyon) and thereby husband his considerable resources for the campaign against GOP incumbent Rick Perry. 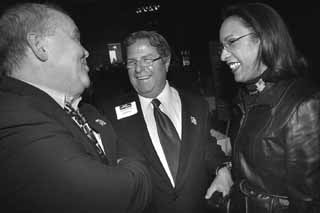 The statewide stakes are high. As AFL-CIO President Joe Gunn described them in his own speech to the convention, his party hopes to return from an exile that has seen the loss of all statewide offices -- and as a devastating consequence, the redistricting battle that will likely produce a Republican majority in both houses. "If we combine a Republican Legislature with another Republican sweep at the statewide level," Gunn said, "I hope we can find someone who can map the desert we will be in, because I don't like scorpions and rattlesnakes."

A multimillionaire Hispanic standard-bearer was the party insiders' lottery ticket out of exile, and Morales' upending of that apple cart has dizzied the experts. San Antonio homeboy he is, with mucho name ID, but Morales does not have Sanchez's purported $30 million-deep pockets -- although spokesman Jim Moore admits that at least one of the factors in Morales' decision was financial: He can use his stockpiled attorney general campaign kitty (estimated at $1 million to $2 million) in a state race, but not in a federal one.

"Dan had not made up his mind," said Moore, "but he's a state issues guy, with 20 years of becoming an expert on key state issues. He didn't want to take that knowledge and have it be of much less value in the U.S. Senate. And -- while I haven't asked Dan directly -- some of [the decision] may have been strictly a financial consideration."

Financial considerations were certainly on the tip of Morales' tongue Monday morning, as he reiterated his accusation that Sanchez had "bought and paid for" the Democratic nomination from party regulars last year. That charge brought an angry response from Gunn, who told the convention that Morales had "shamelessly insulted" the organization and its delegates. Gunn told the Chronicle he was also distressed that Morales, despite past support by organized labor, didn't even bother to contact the AFL-CIO before he declared his candidacy. Gunn pointed to Sanchez's commitments of a "place in the governor's office" for labor, saying, "Sanchez has become a labor candidate, and his word is good."

Sanchez spent most of his time attacking "acting, accidental Gov. Rick Perry," but swiped at Morales for his broad-brush attorney general's opinion, in the Hopwood case, that effectively ended all affirmative action programs in Texas higher education. Sanchez said Morales had set back racial progress 50 years, adding, "I don't like the kind of fellow who gets to the top through affirmative action and then picks up the ladder behind him." Morales had anticipated him by firmly defending his opinion and denouncing "race preferences" and "quotas," and later told reporters that his achievements are his own and were not based upon affirmative action.

In the end, Morales failed to persuade enough delegates to keep Sanchez from the two-thirds vote required for an AFL-CIO endorsement. Sanchez got the nod, while the organization issued a "dual endorsement" of Bentsen and Kirk in the Senate race, as well as the rest of the designated suspects. But Morales has at least persuaded Sanchez that his campaign -- and his money -- need to hit the bricks a little more quickly than expected. His TV ads began running Tuesday -- about 60 days ahead of schedule, according to campaign spokeswoman Michelle Kucera. "I think a tough primary campaign will battle-test the Democratic nominee," Kucera said. "In the end, we'll end up with a solid nominee, and I think it's going to be Tony."