Development lawyer Richard Suttle no longer finds himself on the Stratus payroll, coincidentally (?) at a time when the company tries to clean up its image. 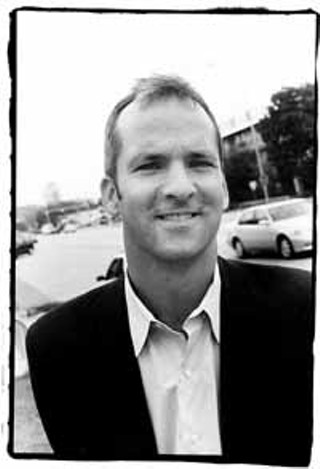 Developer lawyer-lobbyist Richard Suttle is no longer shilling for Stratus Properties, the company he has represented since the firm's days as Barton Creek Properties. The parting is especially interesting in light of Stratus CEO Beau Armstrong's attempts over the years to distance himself from his vilified predecessor, Jim Bob Moffett, who once threatened to bankrupt the city with lawsuits. Now, in Armstrong's continuing quest to reinvent the company and prove to a doubting public that Beau is no Jim Bob, another key player in the company's history -- stealth attorney Suttle -- is out of the picture.

Armstrong brushed off suggestions that the Suttle split was of an acrimonious nature and was quick to point out that Suttle's law firm, Armbrust Brown & Davis, still does some legal work for Stratus. "Richard is a fine attorney," Armstrong said. "I just felt that it was important for me to get out front and do a lot of the work myself." Suttle also denied there was any ill will between the two but said he was bound by attorney-client privilege and couldn't comment.

Still, the word in some circles is that Armstrong was urged to drop Suttle in favor of another development lawyer, Steve Drenner, who is viewed much more favorably among neighborhood and green activists. Drenner, observed one activist, "is the closest thing to a 'respected' developers' lawyer among enviros." (Drenner couldn't be reached for comment.)

Sources say the Suttle send-off was the only way Armstrong could hope to make any progress with the city on his proposed Circle C development, particularly now that Suttle's friend, Mayor Kirk Watson, has moved on to run for state attorney general. Though Suttle is regarded as one of the most influential developer-lobbyists around town (he's represented nearly every big development before City Hall), his influence with this particular City Council is questionable without Watson's backing. And he carries additional political baggage via his relentless representation of Hyde Park Baptist Church and its equally relentless expansion crusade in the historic Hyde Park neighborhood.

To be sure, Suttle was most effective when Stratus needed him to do the company's dirty work. He fought the Save Our Springs Ordinance in the early Nineties, secured legislative approval of the developer-friendly SB 1704 in the mid-Nineties, and reinstated the same bill (as HB 1704) in 1999, after the law's inadvertent repeal in the previous session. In Stratus' efforts to portray itself as a kinder, gentler company, however, Suttle is apparently no longer useful.

These are, after all, critical times for Stratus. The company's plan to develop its Circle C development on environmentally sensitive land has already cleared one hurdle with the U.S. Fish & Wildlife Service, which determined that the development would not harm threatened or endangered species. Now it's on to the city, where Armstrong says he expects to have a formal plan submitted within the next few weeks. Stratus wants to develop a 1,253-acre community of single-family homes, apartments, offices, and retail outlets. As part of the plan, the development concern is offering to deed 150 acres of undeveloped property to the city, the Lady Bird Johnson Wildflower Center, and the Circle C Homeowners Association. Those two groups have signed off on the proposal, although the Wildflower Center did so after Armstrong committed to a series of environmental concessions on the development.

At the very least, the Stratus process will include a lengthy round of public hearings before city boards and commissions before it moves to the City Council. No matter what happens, the outcome likely will not contain the familiar fingerprints of the Watson and Suttle duo.