A Candle for Arnold

Can Anybody Light a Fire Under the 'Statesman'? 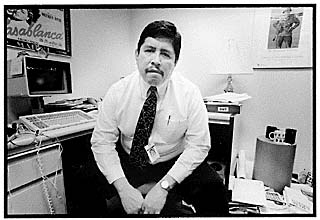 Arnold Garcia Jr.'s columns in the Statesman are most often very good cures for insomnia. The most recent case in point is his Aug. 26 musing on campaign-finance reform ("Fewer campaign contributions mean fewer choices"), while sitting-in for resident Sunday-Thumbsucker Rich Oppel. First demonstrating his willful ignorance of the subject (particularly the current local petition campaign for restructuring local elections), Garcia then lamented at length that any efforts to limit campaign contributions are either pointless or counterproductive. The lament ended with a characteristic denial that he was saying any such thing ("Don't think I'm advocating wide-open fund raising"). Call it the Garcia Syndrome: Propose something not particularly daring or insightful, and then retract it.

Last week in "Austin Stories" ("Crocodile Tears"), I pointed to another recent case of the syndrome, this one more serious: Garcia's self-absorbed rant ("The Case Is Closed, but What About Jayla?" Aug. 18) against "the community, the system, or whatever we choose to call ourselves" for supposedly "forgetting" the murder of the infant Jayla Belton "in our rush to see that justice was done" for the accused child Lacresha Murray, against whom all charges were recently dropped. According to Garcia, there was insufficient "outpouring of community grief" on behalf of Jayla, and I wrote that if the city's only daily newspaper had done anything approaching a responsible job on the story, perhaps Jayla's real murderer would have been found or convicted. (In fact, injustice for the accused is injustice for the victim -- as it would be in any homicide case.)

Before publishing that item, I called Garcia to ask him to elaborate a bit on his column and began by asking if he thought that the Statesman's coverage of the story "might have had some effect on the community response." He responded curtly, "What's this -- a wife-beating question with a twist?"

I didn't think so, I said. I was merely trying to get a sense if he thought that his newspaper -- presumably part of "the community" -- had done an adequate job of covering the story for its readers. Garcia answered that such a question puts him -- as the Statesman's editorial-page editor -- "in a real awkward situation, because any comment I would give on our coverage would be inappropriate. Over here [i.e., presumably as opposed to the Chronicle], we try to keep a separation between editorial and news, and I try to keep my thoughts about our coverage private." (In the same column, however, Garcia had delivered a transparently fake "apology" for the paper if it had "missed" an outpouring of grief for Jayla.)

Garcia acknowledged that the paper sometimes praises its own writers, but added, "we don't have an ombudsman." He reiterated several times that "Whatever thoughts I have about the merits or demerits of our coverage [of the Murray case], the paper would be better served by my not crying to some other publication." He also admitted that the paper's editorial writers had been divided on the case ("We haven't exactly been one Coke or Pepsi on this"), but that he believed throughout that Jayla's story had been lost.

In his column, Garcia briefly summarized the Murray trials and appeals, and then wrote, "That experience made LaCresha big-time news. She was in The New York Times and on 60 Minutes and all over the local and state press. Jayla, well, Jayla basically became a footnote." Garcia's version of events is misleading enough to qualify as dishonest. Following the brutal murder of Jayla Belton in May of 1996, Lacresha Murray -- whose first name the Statesman mysteriously altered mid-coverage, capitalizing the "C" -- was exclusively investigated and prosecuted by Ronnie Earle's District Attorney's office. The Statesman treated the prosecutors' version of events, in essence, as gospel. 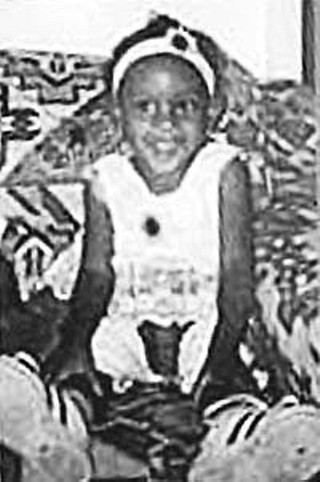 Jayla Belton was murdered in May 1996, her assailant has not been identified.

Only when a tenacious young freelance reporter, Jordan Smith, wrote an investigative report ("Justice Denied?") for the Chronicle in August of 1998 (www.austinchronicle.com/issues/vol17/issue48/pols.lacresha.html ) did the tide begin to turn (I was only a reader of the Chronicle at the time). Smith's piece demonstrated in exhaustive detail that the prosecution's forensic analysis and investigation had been botched, Lacresha's so-called "confession" coerced, and that opportunities to consider any other suspects -- especially adult suspects physically capable of committing the crime -- had been actively avoided.

Even then the Statesman ignored the story until November of 1998, when New York Times columnist Bob Herbert -- as he told Smith, following her lead -- wrote a series of blistering columns (syndicated in the Statesman) on the Murray case. Only then did the Statesman condescend to acknowledge in its coverage the possibility that perhaps the prosecution's case against Murray was not exactly airtight. As one staffer (still at the paper and therefore forced to remain anonymous) later told Smith (then a UT graduate student writing a master's report on the Statesman's coverage), "If the paper had done an investigation, we could've driven the DA's office to be a lot more fair. If the paper had jumped on the violation of [Murray's] rights ... the biggest mistake we made was not looking at that."

Garcia remains unconvinced. When I asked him if he thought by completely dropping the case, the prosecutors have possibly missed another suspect, he snorted, "Yeah -- and there's still somebody out there who killed Nicole Simpson."

"So you believe Lacresha's guilty?" I asked.

"No, I didn't say that," answered Garcia (i.e., Garcia Syndrome). "But years of working police-beat coverage tells me that when a prosecutor says, 'We're not going to pursue the case,' that usually means they have the right suspect but they don't have enough evidence.

"My editorial page," Garcia went on, "usually doesn't second-guess juries, and we don't usually lecture judges. Occasionally we'll question prosecutors," he said. But, he went on, "[D.A.] Ronnie [Earle] told me 'Lacresha was free to leave'" during her solitary and manipulative interrogation by police.

The job of a prosecutor is to convict criminals. The job of a journalist is to question authority and to try to determine and publish the truth. Garcia wrote that the "least [he] can do" is to "light a candle for Jayla." He's definitely right about that -- the most he could do would be to help get his newspaper off its smug behind and get it to do its job.

Statesman Editor Rich Oppel (who forbade his staff to speak to Jordan Smith during her scholarly research) did not return several calls asking for comment. Garcia told me, "Rich is free to say or do whatever he wants, but I think you'll find that his attitude on commenting on coverage is pretty much the same as mine." There's a surprise.