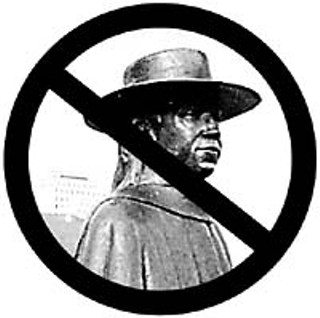 In what may be yet another dividing line between the Old Austin and New Austin, it appears likely we can kiss long-traditional Auditorium Shores events -- like concerts and fun runs -- goodbye.

As part of the renovation of Palmer Auditorium into a performing arts hall -- approved by voters in 1998 -- the city has begun phasing out major events on Auditorium Shores, possibly permanently. If the announced policy remains in place, it will force the relocation of many charity events and major runs such as the Motorola Marathon and Capitol 10,000, and an end to the big concerts of old such as Aquafest and the T-Birds Riverfest (those two formerly endangered species are now extinct, although see Ken Lieck's "Dancing About Architecture" this week for an update).

The policy originated because of construction on the Long Center for the Performing Arts, the new Palmer Events Center, and the adjacent parking garage, but the change may remain in place because of redesigns to the entire Auditorium Shores area.

According to a June 21 memo to City Manager Jesus Garza from the directors of the city's convention center, transportation, and parks departments, "Our departments have begun phasing out activity that adversely affects our ability to meet deadlines for the projects, or which may affect the sizable financial investment in landscaping. … By the end of 2001, all formal activities on Auditorium Shores and all races, walks, and runs which use, affect construction access to Riverside Drive, or affect contracted event activity in Palmer Auditorium or City Coliseum will be relocated to more appropriate areas."

Parks and Recreation Dept. spokesman Mark Wieland told the Chronicle, "Nothing is final until it happens, but from what I understood all that stuff was a permanent decision, but there are meetings going on to evaluate that. … It's up in the air, but the policy is being looked at as a possible thing to disallow that stuff from now on."

Removing rock concerts from the Shores would be especially ironic, given that the Stevie Ray Vaughan statue was placed there specifically to honor the many great performances he gave at the edge of Town Lake.

The new policy came to light when the Leukemia & Lymphoma Society's Light the Night walk, scheduled for Sept. 15, was denied use of the "Dogpound Loop" (a portion of the Town Lake trail near the Humane Society's headquarters). The Society's complaint was quickly amplified by Texas Monthly publisher Mike Levy's e-mail list, and Light the Night campaign coordinator Becky Adam told us it now appears likely the event will be permitted.

But the directors of both the Capitol 10,000 and the Motorola Marathon, each of which use the area, said they had informally gotten word of the policy and were scrambling to find alternate race courses. "Yeah, the Marathon is searching for a finish line at this point," said Motorola Marathon director Paul Carrozza, who has previously taken his race through the area before finishing at Zilker Park. Carrozza also organizes many other races, "about 100 a year, and it probably affects 20 to 30 of them."

Asked if anyone from the city had called to formally notify him of this policy change, Carrozza said, "It's not like getting a call, more like you make your application and it gets denied, saying you can't use Auditorium Shores. What we've done is try to arrange meetings with the mayor and city manager to find if this is the way it will be [permanently] or not.

"To me, the only thing that makes sense is if Riverside gets closed and turned into a park road, fine, it can still be used for the finish and other events, but if it get closed off entirely, I'd hate to see that," Carrozza says. "To say these events are never welcome again is pretty disheartening. Austin is on the map as a running city, and these events have done that.

"The Leukemia & Lymphoma Society set a precedent, so we reapplied," he says. "We're telling everyone who gets denied to reapply. I think it's a little premature, and I hope that Auditorium Shores is not going away as a venue."