A Capsule History of Republic Square 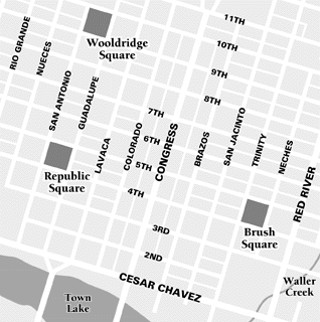 Austin was born under the oak trees of Republic Square on August 1, 1839, when 306 lots of the newly surveyed, square-mile town were sold at auction. Excluded from the auction were four unnamed public squares that were to be preserved forever as gathering places for the citizens. Only three of those squares remain today -- Republic and Brush Squares and Wooldridge Park.

In the 1870s, the neighborhood around what was then "Hemphill Square" was socially diverse, with a mixture of small residences and businesses. Historian Marta Cotera says that by the late 19th century the neighborhood was principally Mexican-American, and the park itself was then known as Guadalupe. As people of color were pushed or pulled eastward in the 1920s and 30s, many of the residences around Guadalupe Park were replaced by warehouses, car lots, lumber yards, ice houses, and printers.

In 1950, the square became a parking lot. In 1976, following efforts by the Sierra Club and other groups, the block was rededicated as Republic Square. A strong revitalization movement, complete with designs for a water wall and concession stands, was initiated for the state's sesquicentennial celebration of 1986. But the indefinite postponement of the construction of the Austin Museum of Art diminished public interest in improving the square at that time. 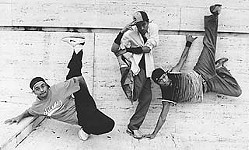 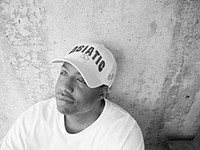