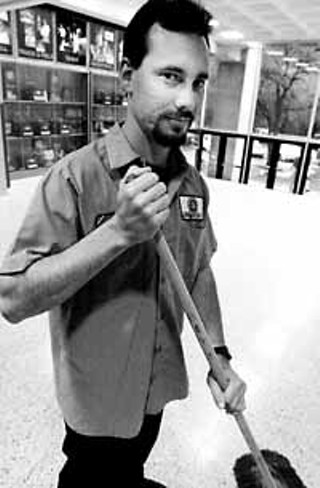 UT custodian Aldo Prodo, who has worked at the university for five years, says the department's new "team cleaning" system, which breaks cleaning down into a series of repetitive tasks, "makes you into a task completer instead of a person." (Photo By John Anderson)

The decision by University of Texas administrators to further implement the controversial custodial system known as "team cleaning" this summer has been met with skepticism by some custodial workers, who say the system has led to an increased workload and high turnover in their department.

Team cleaning has been a part of UT's custodial system since 1995. Unlike "zone cleaning," in which a custodian is responsible for cleaning a specific area of a building, team cleaning breaks custodial work into sets of tasks, such as cleaning restrooms, that are repeated for an entire shift. Currently, only some UT custodians use a team-cleaning system, and they use a modified version of the program, which has less specific requirements than a full team-cleaning system.

During the past year, some of the more than 300 custodial workers at UT have protested team cleaning, calling it dehumanizing, inefficient, and stressful. Among those is 24-year UT employee Yolanda Sanchez, who cleans 57 restrooms in two buildings during a single shift. Sanchez says she constantly fears that she will not be able to finish all her assigned tasks. "There aren't the people to help us," says Sanchez, who has a back injury that makes repetitive motion difficult. "I just do what I can."

Pat Clubb, UT's vice-president for employees and campus services, says the university made a mistake when it decided to implement only some aspects of the process. Clubb says UT decided to change the cleaning procedure after a custodial review that began in the summer of 1999. Ernest Hunter, director of UT's physical plant, says team cleaning has to be properly implemented to be effective. "Team cleaning is a nationally accepted standard of cleaning, but it is in fact an integrated process," Hunter says. "You only derive the benefits from a full process."

Last month, UT physical plant administrators held two "all-hands" meetings to discuss the problems with the old policy as well as plans for a new team-cleaning system -- which will begin with a pilot program in which as many as six custodians will start using the system at a selected UT building for 90 to 120 days.

Videos for the ManageMen system stress that the system reduces the need for equipment; Hunter says the changes should result in a safer, less stressful workplace, and the cost reductions are simply a byproduct of the improved working conditions.

But one custodian, who wanted to remain anonymous, says he doesn't buy the argument that the new process would improve working conditions. "We have our own tools, our hands, and our experiences cleaning. [Administrators] don't see the details," he says. The custodian also has had problems with the backpack vacuum used in team cleaning, which he says vibrates against a worker's spine. After about 15 minutes of vacuuming, he says, his back was hurting and soaked with sweat; he also says the loud noise from the vacuum cleaner hurts his ears.

Hunter says he has not heard of any official reports or studies showing the backpack vacuums, which weigh about 10 pounds, to be dangerous. In fact, he says the so-called "backpack vac" is safer for workers because it doesn't require them to hunch over, as a traditional push vacuum does.

For many custodians, team cleaning will be a difficult sell. Aldo Prado, who has worked as a custodian for five years, says team cleaning is more effective for traditional office buildings than for schools, which have more specialized needs. "All the new positions they try and invent are copies of an idea that worked in another place," Prado says. And the system doesn't help UT's reputation with workers, who already feel underpaid and underappreciated. Entry-level custodians at UT make $16,426 a year, and Hunter said the average is more than $20,000. In September, the pay of entry-level custodians will go up to just over $17,700.

Students who have worked to organize custodians say all these factors are a big concern. "Team cleaning makes you into a task completer instead of a person," says Alan Gomez, a UT doctoral candidate. "It may be more efficient, but it's not humane."

As students and custodians continue to work together to organize, the once-active University Staff Association, which led a UT staff "sickout" last September, is watching from the sidelines. USA member Joanna Castillo says many UT workers are adopting a "wait-and-see" approach to gauge the effectiveness of the recently formed Staff Council, which was developed by the university's Human Resource Services department. The council aims to serve as a representative advisory group, present recommendations to UT leaders, and provide a vehicle for staff to communicate about interests, concerns and issues that affect them. Castillo, who is a member of the Staff Council, says she and other USA members are withholding judgment about the council's effectiveness, since it has only met twice. "We're going to give it a chance and see what happens," she says. 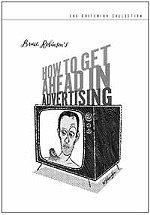