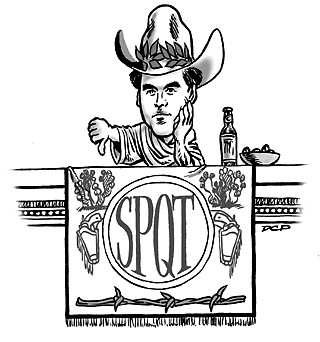 In honor of his singular portrayal of an ottoman during the five months of the legislative session, last week Texas Monthly proclaimed Gov. Rick Perry "furniture" -- a category normally reserved for ancient incumbents who spend their time in Austin polishing their boots. Governor-by-default Perry, said the magazine, "opted to lie low and play safe, an aspiration that proved to be within his reach. His legislative program was lighter than helium."

That judgment went to press before the Father's Day Massacre. On June 17, by killing 78 bills at one blow, Perry set a new gubernatorial record with a total of 82 vetoes. The veto list usually runs to two or three dozen. Even "Bi-Ignorant" Bill Clements, renowned for treating the Lege like a convocation of mendicants, only managed 59. In light of Perry's sudden lurch to consciousness after the Lege had gone home, perhaps the Monthly ought to reconsider. Furniture the governor may be, but more akin to a guillotine than a recliner.

It wasn't difficult to find angry legislators down at the Capitol last week. If you knocked on a random door, you were pretty much guaranteed to find somebody reading a eulogy over a dead bill and parsing a veto proclamation for clues to the governor's cryptic motives. Sen. Judith Zaffirini, D-Laredo, whose omnibus Medicaid bill (SB 1156) was a major Perry casualty, described the emotions as running from "disappointment through shock and finally to anger." Her House counterpart on the bill, Houston Democrat Garnet Coleman, was in a similar humor. "What people want in this state," Coleman told reporters, "is someone who's willing to dig in and engage in policymaking, not photo-op politics, and particularly not poison-pen politics."

Over and above the outrage about specific bills is a central theme running through the legislative complaints: that Perry and his staff didn't bother to get sufficiently involved in the process to improve the bills to his liking, nor in most cases even to let the legislators know he was contemplating a veto. "We never heard a word," said one aide who worked on the health care bills, "and nobody wants to spend weeks or months working on a bill if you know it's going be vetoed." Indeed, that argument surfaced earlier in the session over nursing home legislation, when even Republican reps complained that Perry voiced his opposition to a "bed tax" only long after a bill enacting it was well under way; that threat stopped the proposal dead, because there was no point in pursuing it. The Lege's brief biennial schedule means the actual bill-passing process is cramped, rushed, and truncated -- and to devote months to major legislation only to have it derailed after the fact is a waste of taxpayers' money as well as legislators' time.

Perry's spokeswoman Kathy Walt insisted that far from being disengaged in the process, the governor had an "open-door policy" and held more than 300 meetings with legislators during the course of the session. As for SB 1156, she said that while Perry supported the bill as originally drafted, when it emerged from a "secret" Medicaid working group, it had been greatly expanded and there had been no public debate or input into the changes. "With that kind of process," said Walt, "it's disingenuous for the other side to say that the governor was not involved."

Coleman was unpersuaded. "The governor's legislative staff knew very well that the original bill was a 'shell bill' planned for revision, and they had several days to review the final version." He said the governor's office offered minor objections only when the bill was already printed and scheduled for final House approval and it was too late to make changes. "They made some comments at the 11th hour and 59th minute and 59th second. That's not input -- that's covering your ass."

Coleman, who had three of his six still-pending bills vetoed in Perry's final massacre, said his experience on the omnibus Medicaid bill was representative of the governor's session. "You can't veto 82 bills and be engaged. ... There's a difference between people who do the hard work and the people who show up for the photo opportunities." It did not go unnoticed that a few days after Perry's veto party he was taking public credit for the Medicaid simplification bill (SB 43), intended to enroll several hundred thousand previously uninsured children. Zaffirini said that Perry's signing the simplification bill yet vetoing the restructuring bill was self-contradictory -- "because in SB 43 we spend the money, and in SB 1156 we save the money and draw down new federal dollars." This was no tax-and-spend liberal hobbyhorse -- the omnibus bill would have consolidated Medicaid oversight and saved an estimated $416 million over five years.

But it is only a contradiction if there is real support in the governor's office for insuring those children. Perry's veto proclamation insisted that the Health and Human Services Commission's reorganization of Medicaid will proceed at his direction, but the "demonstration projects" that would actually draw down funding for new programs will have to wait. Clearly, somebody had the governor's ear, and it wasn't Texas kids. As the session ended, the Lege's hard right grew increasingly resistant to "expanding entitlements" -- that is, making certain that Texans already entitled to health care are actually receiving it -- and it appears that what they could not win at the Capitol they won at the Mansion.

But to call this stance "conservative" begs the question. Texas taxpayers will still be spending the money for children's health care, only more expensively, through property taxes for their hospital districts. The loss to Harris County taxpayers, for example, is estimated at $30 to $40 million -- and you can extend that proportionately to other regions, including Central Texas. Mayor Watson pointed out last week that a related Perry veto -- of HB 2807, sponsored by Ann Kitchen and Gonzalo Barrientos -- could cost the city and county up to $30 million in federal funds for health care, particularly prescription drugs for the elderly. It doesn't seem particularly conservative to let those funds go instead New York or Wisconsin.

"They're trying to talk a good game," said Sen. Zaffirini of the governor's rationalizations. "But I really believe he made a major mistake. He took bad advice, made a bad judgment, and created a bad day for the state of Texas." Added Rep. Coleman, "I think the governor's actions speak for themselves. This is why he got called 'furniture.'"