No Mercy: Perry to Decide If Texas Will Continue to Execute Mentally Retarded 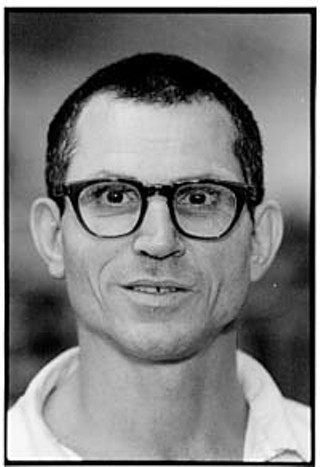 Monday's news that the U.S. Supreme Court has once again rejected the Texas system of capital prosecutions -- convict 'em first, ask questions later -- hasn't made Gov. Rick Perry's life any easier. During the just-concluded legislative session, there were two dozen bills that attempted, in various ways, to slow the Texas execution assembly line -- from life without parole alternatives to several calls for a moratorium. Only one survived.

Still lingering on Perry's desk is House Bill 236, sponsored by Rep. Juan Hinojosa and Sen. Rodney Ellis, which would in principle ban the execution of mentally retarded defendants. The bill would allow a jury or a judge, following a capital conviction, to determine whether the defendant was "a person with mental retardation," and if so, to impose a sentence of life imprisonment.

That would seem reasonable enough, even in Texas, where the bill's sponsors point out that more than 80% of the public oppose executing the retarded. Yet Perry has indicated he may veto the bill, because (1) Texas doesn't execute the mentally retarded now, and (2) he wants to wait for U.S. Supreme Court decisions concerning the issue. Perry is wrong on the facts -- counting only confirmed cases, a half-dozen retarded inmates have been executed in Texas since 1982. And if the subject weren't so grim, for a Texas governor to hide behind the Supreme Court would be laughable.

On Monday, the Justices overturned the 1990 death sentence of John Paul Penry, because under the since-revised sentencing procedure, the jury had not been honestly allowed to consider as a mitigating factor ample evidence that Penry was the survivor of horrifying child abuse that had left him with the mind of a 7-year-old. Later this year the court will rule on a related North Carolina case -- Perry says he wants to wait for that decision too. Ellis commented, "It is time for Texas to stop defending the indefensible and make a clear, moral stand by banning the execution of the mentally retarded."

But Texas governors have been defending the indefensible for so long it comes naturally to the office, and Perry may warm to the task. He has until June 17 to make his decision, although last week he suggested he was leaning toward a veto. "One of the clear messages that I'm not sure is getting out of our state," he told a Houston audience, "is that we do not execute the mentally retarded in Texas." That would be news to the late Oliver Cruz, executed last August on Perry's watch (Gov. Bush was out of town), although evidence indicated Cruz had the mind of a 12-year-old.

During the final House debate on the bill, Rep. Domingo Garcia suggested to Rep. Robert Talton that Talton's opposition to the bill appeared to defy the governor's own early indications that he would consider supporting the legislation. Talton, who had been denouncing the bill as a veiled attempt to undermine the very idea of capital punishment, smiled and concluded, "I don't think so, and I would invite you to join me in visiting with the governor about the matter." The bill passed easily, but Talton's smile suggested he was holding more aces than he intended to show.

Should Perry sign the bill, it will prevent only a handful of executions, but victories against state murder occur one life at a time. Legislative compromises made the bill cumbersome -- requiring a capital trial prior to any decision on the defendant's retardation -- so it does nothing to end the inflammatory judicial circus that is the political heart of the process. "I think it would be the wiser to place the mental retardation determination pre-trial," said Maurie Levin of the Texas Defender Service, "but this bill sends the right moral message, that it is wrong to execute those who cannot fully understand the consequences of their acts." Levin described Perry's stated reasons for opposing the bill as disingenuous, since it is evident that Texas has executed the mentally retarded and will inevitably continue to do so. Asked if it is possible to estimate the number of current death row inmates with mental impairments, Levin recalled the state of indigent defense in Texas. "If you don't have quality counsel," she said, "you don't know who's mentally retarded."

Last week, Amnesty International celebrated its 40th anniversary by naming the Texas Board of Pardons and Paroles one of five international human rights "Scoundrels," in recognition of the board's maintenance of a capital punishment system that makes a mockery of U.S. pretensions to human rights leadership. The board is the official keeper of Texas' "clemency process" -- in fact a perfunctory charade designed to insulate the governor from accountability and state law from unconstitutionality. If Texas had a true clemency process, the board would periodically intervene on behalf of mentally retarded or mentally ill defendants who, whatever their terrible crimes, were incapable of the moral culpability the death penalty supposedly requires. The board has never done so. Not once.

Should Perry veto House Bill 236, he will demonstrate once again that there is no mercy in Texas. And the governor will not be able to claim that he is incapable of understanding the consequences of his actions.