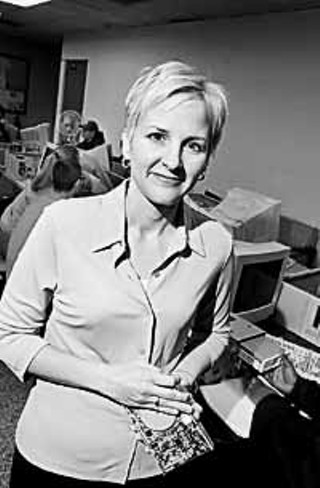 In the six years since the Texas Legislature opened up the public education system to privately run charter schools, some real stinkbugs have flown in the door. Legislative reports have documented the academic quackery perpetrated on Texas schoolchildren and taxpayers by schools purporting to offer alternative education on the state's dime: classes held in rooms without desks or computers, teachers lacking high school diplomas, schools that pack up and leave in the middle of the night. Now, legislators are ready to apply the fly swatter.

Waco Democrat Jim Dunnam's HB 6, which would temporarily stop the state from granting new school charters and force existing schools to meet tougher fiscal and academic requirements, passed out of the House Public Education Committee last week. Dunnam says his bill is the "least restrictive" means of ensuring that charter schools behave responsibly. School-choice proponents, on the other hand, worry that this is the beginning of the end for the charter school experiment.

Association of Charter Educators Director Christi Martin says the two-year moratorium is a heavy-handed approach that will kill off promising new schools. Meanwhile, she adds, tightening the regulatory noose around existing schools threatens to undermine their primary mission: to innovate new learning environments for kids who don't prosper in conventional classrooms. While Dunnam's attempt to pull the plug on bad schools is well-intended, says Martin, "we have to be mindful to not put charter schools back in a traditional box. … We prefer the [charter school] law as it is because it provides the most flexibility."

Though HB 6 is principally aimed at curbing financial mismanagement and nepotism in the governing ranks of charter schools, not at defining curriculum or instruction, Martin says more rules ultimately mean fewer resources get focused on the classroom. Dunnam's bill requires charter schools to abide by the same regulations that affect local school districts. That means following a bidding process for contracts, abiding by open meetings laws, and keeping proper public records. "The infrastructure at charter schools is very small, and every hour they have to spend on setting up a complicated bid process is an hour they can't spend on their educational mission," says Martin.

Administrators at American YouthWorks, an Austin charter school that gets good reviews even from HB 6 supporters, fear that Dunnam's bill will stifle their ability to adapt to the complex needs of their students. YouthWorks' focus is on giving teens who've dropped out of public high schools an alternative route to a diploma by offering part-time schedules, artistic programs, and vocational education that includes work off campus. Principal Rebecca Benz says a provision in Dunnam's bill that requires seven hours of instruction daily at charter schools could work against students who hold full-time jobs, and the requirement that teachers hold college degrees would exclude some vocational instructors who are otherwise qualified.

As a last-minute compromise, Dunnam included a waiver option in his bill that would exempt schools that demonstrate successful track records from complying with those particular provisions. But Benz says charter schools don't want to depend on an already overburdened TEA to process waivers, and they're not happy that "success" as defined by the state will continue to hinge on TAAS scores -- an instrument they say does not accurately reflect their students' progress.

The conflict between legislators and the charter school movement has been rumbling ever since the Lege agreed to charter private schools in 1995 as a compromise measure in the battle over school vouchers. Dunnam's bill feeds long-held suspicion in the school-choice camp that the state has always intended to keep charter schools on a tight leash.

At the very least, they say, a rule contained in HB 6 that would make charter school board members personally liable for misappropriation of state funds will put the damper on community involvement. Kyev Tatum, president of the Texas Hill Country NAACP who is also on the board of the San Marcos Preparatory School, says his school's primary challenge is raising capital for facilities, but Dunnam's bill acts as a repellant to potential lenders. "The charter schools are sure to die if you keep treating them this way -- more regulation and less resources," says Tatum. "That's the perfect formula [for destroying schools]." Tatum and Martin say they wish the state would send signals of support to the fledgling charter school movement rather than tough love.

But according to an interim report produced by a House Public Education subcommittee chaired by Dunnam, charter schools haven't demonstrated much educational innovation so far. As Texas Federation of Teachers president John Cole, who spoke at a press conference last week in support of HB 6, put it, "In some of them, the most creative and innovative thing going on is in the bookkeeping." The Texas Freedom Network reports that the passing rate on TAAS scores for charter school students is less than half the rate for public school students, even when "at-risk" populations are compared. And Dunnam says the rash of abuse in the current charter school system makes tighter controls unavoidable. "I want [charter school supporters] to look the taxpayers in the eye and tell them that they don't want more red tape," says Dunnam.

That viewpoint strikes Tatum as ironic, since, he says, the state has not proven nearly so cost-conscious when dealing with the private contractors who run its prison systems. And education analyst Matthew Ladner, an advocate for school choice, notes that "they'll never pull the plug on a bad public school." But HB 6 supporters point out that the state has thrown nearly $4.5 million down the hole on failed charter schools, and say a freeze on new charters is needed until better controls are in place. Says Texas Freedom Network director Samantha Smoot, "Today, the system is flawed, overburdened, and ripe for abuse."