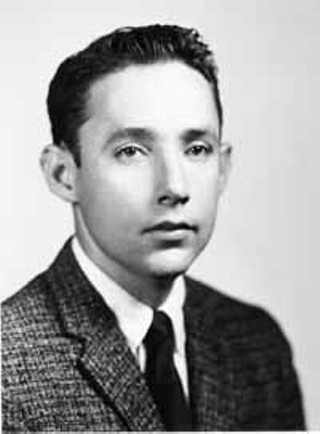 The sunset must have a roadblock in front of it, because every time Gus Garcia says he's riding off into it, he gets turned back. After three terms on the City Council (and, a decade earlier, eight years on the AISD and ACC boards), the retired mayor pro tem is supposed to be out fishing. But when he was asked this week if he'd consider entering the Mayor-o-Meter derby to replace Kirk Watson -- should Hizzoner resign early, which he disclaims to resounding disbelief -- Garcia didn't say no, and the earth moved.

Step right up! Are you butch enough to guide rough-and-tumble Austin through the Era of Bad Feelings just around the corner? Test your mettle on the Chronicle's Mayor-o-Meter, crafted by the cutting-edge designers at Intel's laboratory in downtown … oh, never mind. Here's who you're up against:

Gus Garcia: His For the Asking

Gus has run for office in Austin seven times and never lost. The former mayor pro tem has flirted with, then backed away from, mayoral runs at least three times -- with excuses ranging from "I'm moving to Mexico" to "My doctor won't let me." But this latest round of teasing has the political pack all in an uproar, because if Gus ran, Gus would win, without question.

Says she won't run against Garcia. Smart woman. Hopefully, if Gus passes, he'll do so soon, so Goodman can keep her own backers focused.

Beverly Griffith: Off the Grid?

Kirk Watson wouldn't be Kirk Watson if it weren't for Gus Garcia, so Griffith's anti-Kirk strategy doesn't need to change, right? Wrong. Eastside leaders are key to the Bev Brigades, and her center-city radical posse gets all weird when a person of color is on the other side. And Gus helped make Griffith a star, too, to whatever degree loyalty matters here. 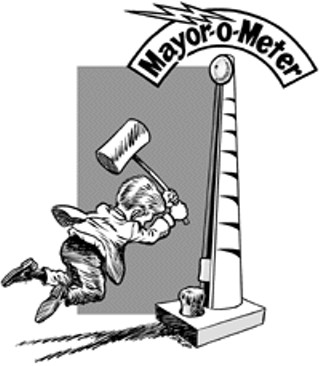 Robin Rather: It's the Economy, Stupid

Of all the kids in the yard now, Rather makes the most sense as a viable alternative to Garcia. But as long as techies are crying in their Guinness instead of out stumping for Robin, a Rather candidacy is unlikely to float.

Daryl Slusher: Off the Charts

If Gus runs, Daryl doesn't have to. But if Gus runs, you can pretty much count on Slusher seeking to bust term limits, as Garcia himself did, and retain his seat.

Will Wynn: Back to the Bench

The political space between Wynn and Garcia is micron-thin, and Will's biggest liability -- the wetness behind his ears -- would be hard to ignore in a contest with Gus.

Eric Mitchell: He Said It, Not Us

"I'm not coming back down here unless I can get some money out of the deal." Or something to that effect. Is that a promise, Eric? How much is it worth to us? Can we sell bonds? Would it cost more than assigning Mike Levy his own personal squad car, fire engine, and ambulance?

Lynn Sherman: On the Trading Block ...

… for a player to be named later. The LCRA manager, a potential Chamber candidate, tells sources uh-uh, no-way, but look for a new biz-friendly name -- perhaps someone as seasoned as Garcia -- to surface presently.