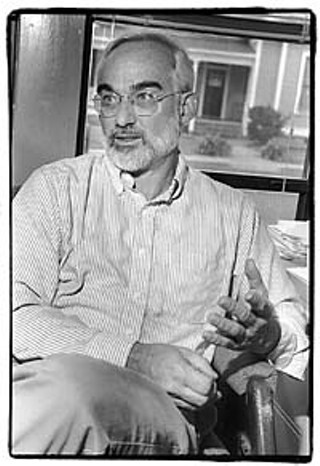 All lobbyists are not created equal.

Sure, most of them dress alike. Dark suits and ties are part of the dress code. Many act alike with their smooth demeanors, ready supplies of breath mints and eager handshakes. And of course, all have clients who expect results. But Dick Lavine, Patrick Bresette, and the other lobbyists from the Center for Public Policy Priorities are not like the others. Like their hired-gun brethren, they dress and act the part. But unlike other lobbyists who may have a dozen or so clients, Lavine and his cohorts have millions of clients. And Lavine and Bresette's ability to convince legislators of the rightness of their positions can mean a world of difference. For their clients, it can mean the difference between eating and going hungry, between seeing a doctor or staying sick. 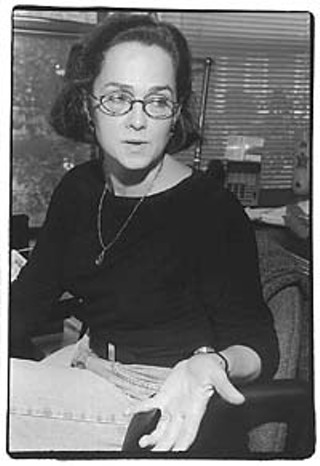 As the lead representatives of the CPPP (occasionally referred to affectionately as "The Center for Too Many P's"), Lavine, Bresette, Ann Dunkelberg, and Celia Hagert represent the poorest Texans. And although their organization is tiny and has a small budget, the CPPP has become one of the most respected lobby teams working in the Texas Capitol. Legislators frequently turn to CPPP for research and analysis on matters that affect the poor. And many legislators have praise for the group. CPPP is the "most effective private, nonprofit organization in Texas when it comes to providing relevant information and advocating for the needs of low-income families," says Austin Democratic Rep. Elliott Naishtat, the chairman of the House Human Services Committee. Their lobbyists, he said, are "considered honest, thorough, objective, and reliable."

Other well-known groups like Consumers Union and Public Citizen work to protect consumers and the environment. But the CPPP focuses exclusively on the needs of the poor. One of the group's biggest wins in recent years came during the fight over George W. Bush's tax plan in 1997. Its research showed that Bush's tax plan would disproportionately affect the poor. And while many other factors came into play that helped kill Bush's tax system overhaul, the CPPP gets credit from Sen. Eliot Shapleigh, D-El Paso, for its role in the fight. CPPP lobbyists "delivered significant information on the regressivity of the proposed tax change," said Shapleigh, who added that over the past three sessions, the CPPP has made "significant contributions in tax equity, tax credits, and resource allocation."

The group also has the admiration of former lobbyist Jack Gullahorn, who now works at Public Strategies. The CPPP effectively avoids hot political fights, says Gullahorn, and that "allows them to survive. They are sensitive to political things but not so sensitive that they back off completely. They stretch to make sure that they are fair and they don't lose sight of what is practical." 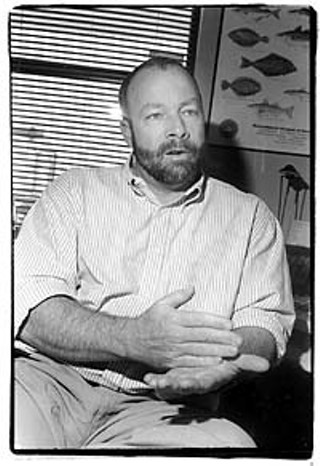 Admiration for the CPPP isn't universal. House Appropriations Committee Chairman Rob Junell, a San Angelo Democrat who campaigned for George W. Bush, said the lobbyists from the Center were "not on my Christmas card list." Junell was offended, he said, during the last session when officials from CPPP criticized some of the funding decisions made by his committee after a lengthy meeting in which, Junell says, CPPP representatives agreed to compromise. "They have gotten more into complaining than into offering solutions," said Junell. Although the powerful House member said the CPPP folks have "been at times a valuable asset, there have been times when they have taken a partisan view. If they are going to take a partisan position," said Junell, "then they should call themselves a Democratic liberal think tank."

A Legacy of Justice

Although the Center, which has 14 employees and an annual budget of $1.4 million, is nonprofit and nonpartisan, its roots are based in the radical gospel espoused by a group of Catholic nuns based in Boerne. The Order of St. Benedict has a long history of working on economic and social justice issues. In 1985, members of the order founded the Benedictine Resource Center, and established a health ethics library in San Antonio and a health policy office in Austin. One well-known offshoot of the center is the Coalition for Justice in the Maquiladoras, a San Antonio-based group founded by Benedictine nun Susan Mika. The Coalition has been at the forefront of the fight over environmental and wage issues along the U.S./Mexico border. In addition to that group, the Benedictines now oversee a head start center, a foster home for medically fragile children, a project to improve corporate responsibility, and several other programs.

Although the CPPP severed its ties to the Benedictines in 1999 and is now an independent organization, the spirit of the nuns remains an integral part of the agency's identity. "That legacy comes from the Catholic sisters," says Bresette. "And it has given us a value base. We aren't in this for the money. We are doing it because we believe in a level of social justice in this state, and that undergirds our work."

There is personal sacrifice associated with working for CPPP. Lavine, Bresette, and the other lobbyists working for the Center earn far less than they would working for a commercial lobby firm. The top salary at the CPPP is about $50,000 a year. For comparison, corporate and institutional lobbyists might make that much or more from a single client, and in a given session they may represent a dozen or more entities. 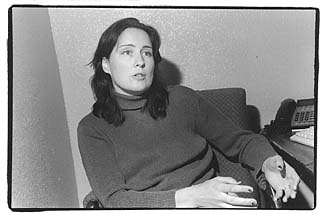 During this session, the CPPP is focusing on increasing access to health care for both immigrants and residents, simplifying the food stamp application process, and allowing qualified aliens to apply for government assistance. They are also, as usual, closely watching any new tax legislation.

Since it was launched, the CPPP has focused on health policy, and the challenges in that area continue to be enormous. More than half a million low-income children in the state are uninsured. Much of the problem, says Dunkelberg, is due to different requirements for Medicaid vs. the Texas Children's Health Insurance Program. The Medicaid application process is far more complicated than the CHIP process. And while both programs are designed to help the poor, slightly different income requirements are excluding thousands of children from getting health insurance coverage. "In our view it discriminates against low-income people," said Dunkelberg. "Our goal is to make the application process for Medicaid and CHIP identical." Last week, a group of legislators announced a series of bills designed to simplify the Medicaid application process -- and it's a safe bet that the progress of that legislation will rely heavily on information generated and presented by the CPPP.

Allowing the poor easier access to food stamps will also be a key part of the Center's agenda. Between 1995 and 1999, food stamp expenditures in Texas declined by about $1 billion. But that doesn't necessarily mean that poor Texans are eating better. Indeed, a 1999 study by the U.S. Dept. of Agriculture found that more than two million Texas are consistently unable to afford food, and nearly a million are suffering from hunger. Many of the people who should be getting food stamps are unable to, says Hagert, because of overly stringent regulations. She points out that current rules prohibit applicants from receiving food stamps if their car is valued at more than $4,650. And although the government wants to move poor people off of welfare and into work, getting a good job often means having a reliable car. But many working poor are being excluded by the car valuation issue. "If you drive a $7,000 car, you can't get food stamps," she says.

During the last session, the CPPP helped convince the Legislature to set aside $2 million for food stamp outreach programs. This year, they want to modify the rules on food stamp eligibility, a move that Hagert predicts will cost Texas about $5 million -- but could also allow the state to qualify for $80 million in federal funds. Hagert knows it won't be easy. "Hunger is not something legislators know a lot about," she said.

As with all legislative sessions, tax revenue drives the process, and the CPPP came out of the chute early when it released figures showing that the Legislature would have had an additional $2.6 billion for this biennium -- if it hadn't cut taxes in 1997 and 1999. "It's too bad we had such big tax cuts, because now we really need that money," said Lavine. Legislators are unlikely to promote any tax increases this session; it will likely be one or two more sessions before tax hikes are discussed with any seriousness. Until then, the CPPP lobby team will have to continue trying to claim any free dollars they can to help their clients. They can't count on campaign contributions to legislators to help them gain entrée. Nor can they count on party affiliations or nepotism. Instead, they have to count on old-fashioned weapons, like hard facts and strong persuasion. "When you bring forward proposals backed by solid research, you have an advantage," says Dunkelberg.

Legislators know that Dunkelberg and the other people from CPPP aren't there pushing legislation that will help them buy a new Lexus or a fancy new house. That knowledge carries weight in a legislative system steeped in self-interest. And there's another reason the group gets support from legislators. "What they recommend is good public policy," says Shapleigh.