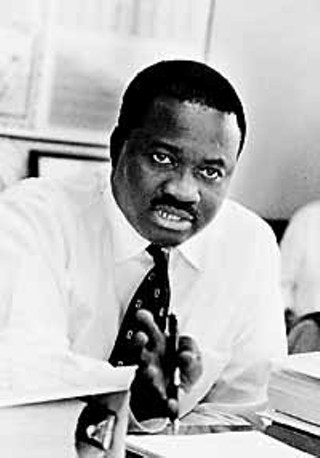 The state Sunset Advisory Commission says the Texas Dept. of Housing and Community Affairs should be given two years to put its programs and priorities in order, but the agency's future could be strongly affected by decisions made much sooner than that. The terms of three TDHCA board members expire on January 31, and eyes are on Gov. Rick Perry to see whether he'll appoint new blood to a board that has been repeatedly rocked by scandal.

At least one person on TDHCA board, speaking anonymously, predicts that all three of the members with expired terms -- Dr. Florita Bell Griffin, Margie Bingham, and Donald Bethel -- will be replaced, and that the housing agency is "going to be fine" once they're gone. Griffin was convicted on corruption charges by a federal court last fall, and Bethel isn't seeking another term. But the possibility of Bingham's reappointment worries longtime critics of the agency, who view her as a primary architect of the agency's arcane and largely secretive process for distributing over $200 million a year in federal tax-credit subsidies to apartment developers. Bingham has staunchly opposed opening the tax-credit allocation process up to greater public oversight, but has denied using personal influence to determine which projects get funded.

The governor's office isn't saying whether Bingham will be replaced, only that new appointments are being considered and decisions will be made soon. Whatever the outcome, the board may be shaken up again next fall if the state legislature adopts the Sunset Commission's recommendation to reconstitute the board and trim it from nine to seven members. But some observers hope the governor will send strong signals now by removing all vestiges of the old guard before the agency doles out this year's tax-credit awards.

The Sunset Commission made it clear when signing off on final recommendations for the agency two weeks ago that it also expects the TDHCA board to critically assess the performances of top-level agency staff. In response, a board subcommittee is drafting detailed performance standards for the executive director and will recommend whether current director Daisy Stiner should remain in the post. The committee is scheduled to make its first report at this Friday's board meeting. The TDHCA board will also consider Friday whether to accept public suggestions to change the rules governing the tax-credit allocation process so that staff is given less discretionary authority to recommend projects.

The agency's recalcitrance at making internal procedures more transparent to outsiders, and even to its own board members, is well documented by federal auditors, and a persistent thorn to reform-minded legislators. And the results of that secretive process continue to taint the reputation of the tax-credit program.

In October, for instance, agency staff approved changes to an apartment complex in Austin whose design has been modified considerably since the TDHCA board awarded it credits in 1999. When the Chronicle reported on the project, Spring Valley Apartments, last spring, Sunset Commission chair Fred Bosse said that the project should not go forward unless it reapplied for tax credits.

As originally proposed, the development on East William Cannon promised a sprawling complex of two-story town homes, a computer center, and a recreation room. But site plans completed in October instead show much denser three-story apartment buildings and only a small common area that will house the rental offices. Proposed three- and four-bedroom apartments, which are in high demand by low-income families in Austin, have been virtually erased from the plans in favor of smaller two-bedroom units.

The modifications were approved by the manager of TDHCA's tax-credit program, Cherno Njie, who says, citing a letter from developer David Leonard, that the developer was forced by the city of Austin to pack the apartments into a tighter space because the city adopted new restrictions prohibiting construction on steep slopes. But when Leonard's letter was read to an official at the city's Watershed Protection Department, the official called it "a bunch of bunk," noting that the rules Leonard referred to had been on the books for years. The official also disputed Leonard's claim that the city had pre-approved the development when the developer applied for tax credits in 1999, saying no written agreement backs that up.

At press time, Njie had not responded to questions about whether he had contacted the city to verify Leonard's claims. But Njie himself, or at least his staff, seems to have missed some details about the development site, which according to documents contains slopes as steep as 25%. A report on the site filed by Njie's office in 1999 described it as "gently rolling," with a "5% slope." The city says it makes topography maps of particular tracts readily available to developers, so it's unclear how such miscalculation could have occurred, or why a survey wasn't done.

It's also unclear whether Njie confirmed the mix of apartment sizes with Leonard before approving the development. Leonard's letter describes a different mix of apartment sizes than that in the plan that was eventually approved. In last year's tax-credit allocations, Njie recommended, and Leonard was approved for, $8 million in additional credits for a San Antonio project -- this despite the fact that Leonard had no record of successfully completing a tax-credit project, and his first attempt, Spring Valley, was still mired in Austin's development rules.

Eight Austin projects competed with Spring Valley for credits in 1999, and most got higher marks on TDHCA's scoring matrix than Spring Valley would have gotten as currently planned. TDHCA board members have either declined to comment or not responded to inquiries about the Spring Valley project.