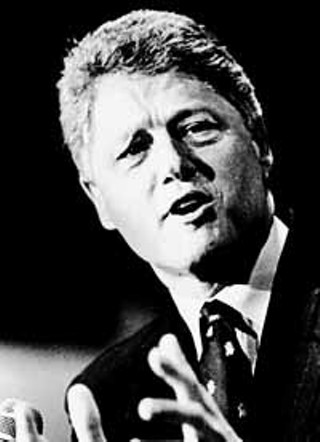 President Bill Clinton has been busy lately, signing executive orders by the dozens, many of them dealing with environmental matters. The sheer volume of Clinton's orders has angered incoming Republicans and president-elect George W. Bush, who has said he will try to undo some of the orders the outgoing president has signed. Clinton's critics say the spate of executive orders shows his deep cynicism and his disregard for the will of the incoming administration. While Clinton may not like the incoming Bushies, his cynicism shines through -- not in his environmental measures, but in an order he signed late last year that does away with an ethics policy he instituted a few hours after he was sworn into office.

On Jan. 20, 1993, Clinton signed Executive Order 12834, a detailed document nearly 3,000 words long, which prohibits all of his senior appointees from lobbying any agency or employee of any agency for five years after leaving their positions in the federal government. The order also prohibits Clinton's appointees and trade representatives from ever lobbying on behalf of any foreign governments. The policy was hailed as an important milestone in government ethics, and lauded as a way to slow the revolving door between government service and the lobby.

But on Dec. 28, 2000, Clinton signed Executive Order 13184, a terse document less than 100 words long which declares that Executive Order 12834 "is hereby revoked, effective at noon January 20, 2001." The order releases all of Clinton's appointees from the anti-lobbying provisions of the earlier order. A Clinton spokesman downplayed the order. But Meredith McGehee of government watchdog group Common Cause told The Village Voice that the timing of the order had a specific purpose. Clinton, she said, repealed the order, "just in time for all these guys to cash in."