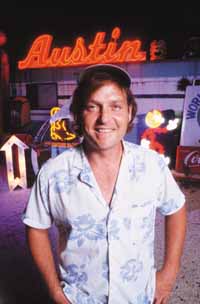 They admit they love it: seeing their work illuminated and towering over shops and restaurants. Their creations often become landmarks that define Austin for residents and tourists alike. They're the sign builders, creators of the funky vintage sculptures and radiant neon lighting that mimic icons of another era -- of American life in the 1940s and 50s.

"I specialize in building landmarks," says Evan Voyles, who replicates and restores old signs. "I do that for the client's benefit and mine. It's a privilege to create something so public."

John Hayward, a neon sculptor who actually works with the tubes and gas to create the glowing light sources, agrees. "It is kind of nice to see something and say, 'Oh, I did that.'"

The creators also admit to having a lot of fun dreaming up strange new twists to old ideas. And nowhere does their display of talent get any weirder than South Austin, home to many of the sign artists' shops and their grand portfolios.

Watch your step. Evan Voyles doesn't get rid of anything ... mostly because it's his future. His work studio -- a couple of rooms in an old store on South First -- is littered with piles of scrap metal, old tools, nuts and bolts, and giant signs for the Lost Pines Motel and the Chicken Shack. "When I need to work, I just clear away a space in the middle of the room," he says, eyeing the mess from under the brim of a wrinkled cowboy hat.

His work is creating restored vintage signs or replicas that often end up defining the buildings they mark. The Chuy's "globe," the Alamo Drafthouse tower, the Uncommon Objects rabbit, and a host of other icons on South Congress all are his creations. Much of his material was gathered from endless road trips through the countryside in earlier years.

An Austin native and former antique dealer, Voyles got his start in signage in pursuit of a unique metal coffee cup that was enshrined in a Abilene museum. "I kept trying to find and buy one, but, goddamn, nobody would sell me a coffee cup, so I just built one." It now decorates the wall at the Little City Coffee House downtown on Congress Avenue.

A devastating 1994 fire at his antique shop in downtown Buda destroyed nearly everything and proved to be a defining moment for Voyles. "The only things left were the old signs, because they were out back." He packed up what was left -- including a charred and melted collection of more than 500 pairs of cowboy boots -- and headed to his current digs, which include the work space and a storefront for his Neon Jungle business at 2026 S. Lamar (and current home of Idol Gallery & Boutique, a cooperative of local designers and artists, including Voyles).

The South Austin location next to the neon sign for the Horseshoe Lounge suits him fine. "I think people in South Austin are funnier than people north of the river," he says with a wry grin. "And they're more dedicated to their independent vision of the true Austin."

That vision seems to permeate Voyles' work, which adds a distinct feel to the small businesses south of the river. Voyles notes that others have taken notice, including a lot of potential clients from Dallas. "They come down here to Austin to hire me. They say, 'We want that Austin aesthetic.'

"But they don't get it," he's quick to add. "And I really don't want them to put their finger on it."

Todd Sanders is watching South Austin transform, but he doesn't mind the change. After all, with his daily uniform of a white T-shirt and jeans, he sees himself as a character created from another life. "I've always been into old stuff, James Dean movies and such, since I come from a hot rod culture in East Texas," he says. "So I decided to create my own life ... now here I am."

"Here" is his shop on South First, a vintage neon business called Roadside Relics that holds on its roof the now-famous work of local artists Rory Skagen and Billy Brakage: the giant blue genie sculpture. Sanders' business lets him live out his life amidst the signs of the times -- mainly 40s- and 50s-era designs.

His work includes most of the neon adorning the walls of Threadgill's South, the giant Threadgill's Clock on North Lamar, the Jovita's sign, the Mercury Man at the Continental Club, and his contribution to the renovation of the State Theater on Congress Avenue.

His creations give him a somewhat philosophical take on what everyone else worries about, the yuppiefication south of the river. "South Austin has its own original style, and a lot of people are getting down because of the growth; we just got our first Starbucks. But I think we have a rare opportunity to shape our city, start our own trends."

And what better way to soften the blow from future shock than adding a touch of the past?

"Since I feel like I've been living in another time, I can use elements of the past to make the future cool. I just hope that people moving here can appreciate what we've done," Sanders posits.

Sanders started with a hand-lettering business in college. A three-year stint at Ion Art helped him learn the trade of bending glass and designing neon, what he considers an art.

"People don't call it art in other places." Sanders laments. "What I do is art, not because I say so, but because Austin considers it art."

Aside from rush work on films (recent projects included Courage Under Fire, Where the Heart Is, and Miss Congeniality), Sanders also likes to have fun with his shop, which he renovated from a crumbling old grocery store. A man-sized chicken sculpture pecks at a Styrofoam worm burrowing from his shed, and his back yard is home to a Ready Kilowatt sculpture, a mammoth Chicken Shack sign (kin to the sign owned by Voyles) and a wall banner promoting a fictional amusement-park attraction, "The Wall of Death."

"We have a lot of fun back here," he says, adding that Russell Crowe and his band decided the surreal spot would be ideal for a recent video shoot.

John Hayward may not consider most neon signs art, but he knows there's definitely something special about creating them. "I actually bend the glass, and that's not something everyone does," he says from his small shop on South Lamar, just a stone's throw from former partner and sign builder Evan Voyles.

Countless neon tubes wind along the walls and, when unlit, give the feeling of being swallowed into industrial intestines. "I guess it's an art form. There's an art to it ... bending," he admits. "It takes a couple of years to learn how to do it. In Europe, you're an apprentice for five years."

With so few people specializing in neon, Hayward has had his hand in most of the signs in the area since he started the business in the mid-Eighties, including the signs for Green Mesquite barbecue and Waterloo Brewing. His foray into neon began when he realized his art degree didn't hold a lot of potential for generating a stable income. "I saw [neon] as a way to do something artistic while still making money."

Like his peers, he considers his home in South Austin a perfect fit for someone in the creative world. "South Austin has always been a little more bohemian and artistic."

On the flip side, Hayward notes that his creations help fuel a lifestyle that ends up forcing out the people who helped make the area so fun and attractive. "A lot of people are going to get priced out," he says.

With seven employees and a 17-year history, Ion Art is the Big Kahuna of local specialty sign production, but that doesn't mean they want to be part of what dominates the sign-building industry: big white squares with no personality.

"We try to make our work tasteful. Anything is better than the molded plastic Panaflex signs [that are] everywhere," says Sharon Keshishian, who runs the South Austin business in the Thornton Road Business Park with her husband, Greg Keshishian.

The two spend a large portion of their time designing and building interior signage for the 125 Whole Foods stores nationwide, but they've also created some of the notable works in Austin, including signs for Alligator Grill, TravelFest, and Mezzaluna.

Like many in the neon business, Sharon started as an artist, then gravitated toward signs with the idea of owning a creative business where you can "see your project all the way through." Her husband added the logistical and mechanical side to large-scale signage, which often involves moving and erecting pieces weighing thousands of pounds.

Ion Art relocated to South Austin after a fire gutted their shop and residence downtown at Fifth and Rio Grande four years ago. "South Austin is great; it just has its own funky feeling," Keshishian explains.

But she's also quite aware of areas that aren't so funky, like the new strip mall with the pool hall and Starbucks down the street on Lamar. Keshishian squinches her face at the new arrival, a "combo" sign advertising the strip's businesses.

"We would never do a sign that would give neon a bad name," she says.

This is the first in a series of pieces exploring the unique culture that is life across the river in South Austin. 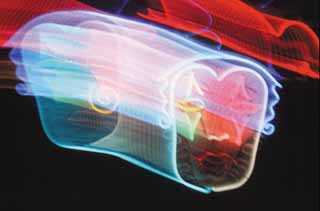 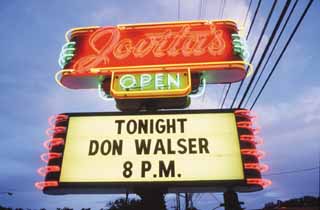 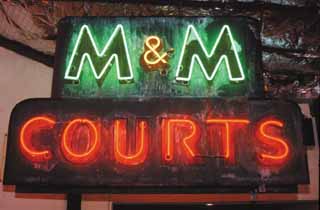 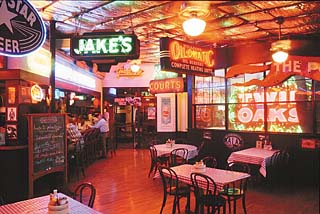 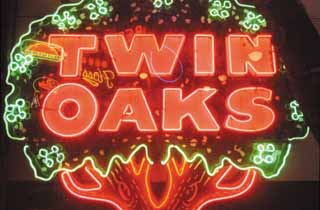 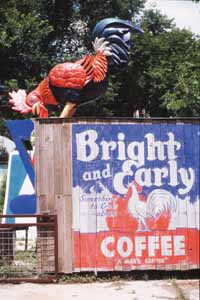 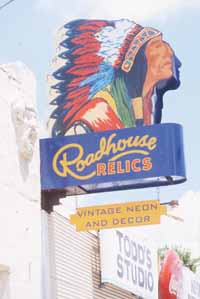 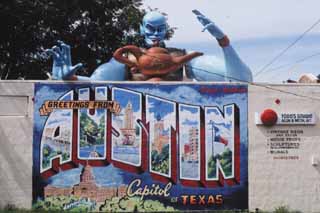 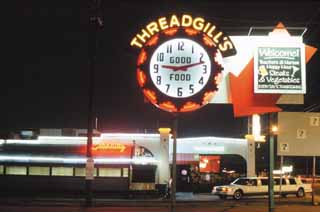 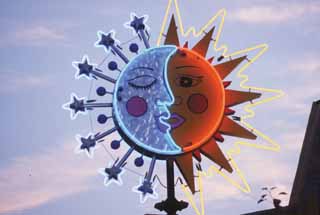