The Year That Wasn't 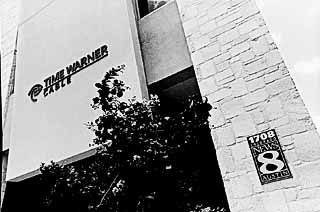 1. Stop the Presses! Premature predictions of an election night win for George W. Bush took on Dewey-esque proportions as newspapers across the country scrambled to yank banner headlines declaring Bush the presidential victor. "Bush!" declared the Statesman's early headline, in papers that went out early and were pulled, all but several hundred that were already out on the streets. The Statesman's subhead -- "Florida Seals It" -- proved prophetic.

2. Damage Control at the Austin American-Statesman. Statesman editor Rich Oppel tried to make a downgrade look like a promotion when he moved Kathy Warbelow from her managing editor's post and put her in charge of the business section. "There is not a better leader nor set of editing hands in which to place the business news department," Oppel said in his upbeat announcement. 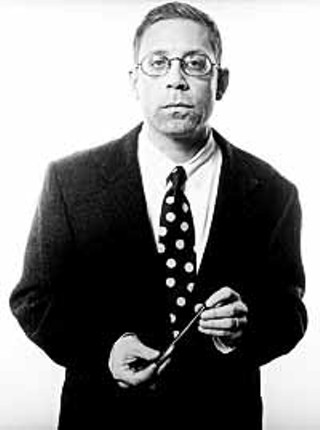 Changes at the top for Texas Monthly: Evan Smith (Photo By John Anderson)

3. Corky Gets Corked. Statesman higher-ups suspended Michael Corcoran's popular gossip column, "Austin/Inside Out," for several months, after Texas Monthly publisher Mike Levy complained mightily about Corcoran's "mean-spiritedness." The column is now up and running again, down from twice-weekly to weekly.

4. Changes at the Top for Texas Monthly. Longtime Texas Monthly editor Gregory Curtis resigned and Evan Smith moved up as his successor. Smith immediately took on the role of ambassador of good will as he tried to repair strained relations with a cadre of talented writers who had fallen out of favor with the Monthly over the years. Not only old writers, but new writers have been drawn in to the Monthly by an editor who is taking a risk and attempting to make the magazine look more like the state it covers. Results have already begun to show; a publication that appeared to have been shilling for G.W. Bush for the past six years even ran a critical piece on his funders.

5. Time Warner Cable Shows the Little Guys Who's Boss. Time Warner sued Jenny Hansson, a lowly reporter at its cable News 8 Austin station, after Hansson broke her 30-month contract to take a better job in San Antonio. The media conglomerate sought $50,000 in damages -- more than twice what Time Warner was paying Hansson when she left.

Jim Hightower goes off the air (Photo By John Anderson)

The Statesman expanded its suburban reach with the Cox Newspapers Inc.'s purchase of six community newspapers. Though rumors had been circulating since the summer, Cox, the daily's parent company, only recently made good on those rumors with its announcement that it had acquired the papers from Westward Communications, of Houston.

7. Free Radio Chained. The FCC pulled the plug on little old Free Radio Austin in a raid on the East Austin station that had been broadcasting without a license from the almighty FCC. Free Radio didn't go gently; it actually took two raids -- one in October and one in November -- to silence Free Radio's barely audible voice. But it is over. In a letter of capitulation to the Feds, members of the radio collective wrote: "It is with great disappointment that we announce Free Radio Austin's decision to disband. We do this in accordance with a federal injunction, filed subsequent to the November 6 seizure of FRA's equipment by the Federal Communications Commission ..."

8. In Fact Sells Out. Ken Martin sold the popular online news publication In Fact Daily, which grew under his care from an obscure print weekly to the place to stop for daily city news in Austin, to In Fact reporter Jo Clifton.

9. Hightower Goes off the Air. He kicked off the show on Labor Day of 1993 on Austin's KVET, moved to KLBJ in February of 1995 as an ABC Network program, and stayed on the major network until Disney bought out ABC in late '95. The political writer and former Texas ag commissioner continued to broadcast from the Chat N' Chew Cafe in a corner of Threadgill's downtown location, though his two successive mini-networks never found him a long-term home on an Austin station. In October, it ended as the i.e.america network pulled the plug on Hightower (see "The Party Never Ends," p.31).

10. Ken Herman Goes to Washington. It was hard to tell how intensely the Statesman's Capitol Bureau chief felt about the subject he has covered for the past year and a half. First he loved G.W. Bush, then he loved him a little less, and then a little more again. Perhaps Statesman readers will have time to figure it out, as Herman takes a temporary assignment covering the Bush White House.