The Mueller plan came into the world peacefully at last Thursday's City Council meeting. No surprises there -- everyone down at City Hall loves the idea of revamping the former municipal airport into a cutting-edge, pedestrian-friendly, transit-oriented, brand New Urban baby.

And what's not to love? The vision of the plan has stayed largely consistent since its conception in 1996, when neighborhoods surrounding the soon-to-be abandoned Robert Mueller Municipal Airport challenged the city to make the space a "model for responsible urban development."

Starting that year, with the aid of the San Francisco-based Roma Design Group, the city and the state of Texas (which was to have purchased 282 of Mueller's 711 acres for a state office complex) put together the first version of the RMMA Redevelopment and Reuse Plan. ROMA and the city had to take the plan back to the drawing board after the state backed out in 1999, but the plan still aims to create an "urban village" of mixed-used development, "live/work environments," pedestrian access, and public space. It calls for the creation of three new neighborhoods, each oriented around public park space, which will total 160.5 acres when all is said and done. A "Town Center" within easy walking distance of the surrounding neighborhoods is planned as Mueller's main commercial center. Also in the works: a brand-new AISD elementary school and an "employment campus" near the town center, which would provide space for a few large businesses to locate, theoretically providing Mueller with anchor tenants and bringing major employers into East Austin.

The redevelopment plan lays out detailed guidelines for what should be "encouraged" in the new Mueller: off-street parking, native building materials like locally quarried stone, and an architectural aesthetic for single-family homes along the lines of Hyde Park or Clarksville. Big front porches are encouraged to promote "neighborliness" and "sociability." 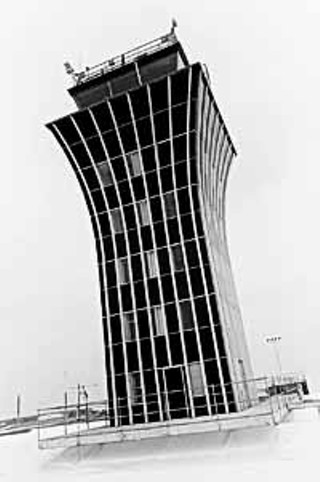 The plan includes Smart Growth set-pieces like garage apartments and "shop houses" -- buildings with commercial space on the ground floor and residential space above. Moreover, the city has called for 25% of the housing at Mueller to be affordable to families with incomes at or below 80% of the median family income.

As its advocates always meant it to be, the Mueller plan is Smart, sustainable, and green -- and it passed with barely a murmur. As everyone knew all along, it wasn't the plan itself but the implementation of the plan that would start fights.

The fights, big and small, may already have begun. There are minor skirmishes -- Council Member Will Wynn supports keeping the old airport control tower as part of the new Mueller, but the plan calls for preserving only the original fire station and the historic bow-trussed hangar. Last week, at Wynn's behest, the council agreed to study the financial feasibility of preserving the 40-year-old tower, which was scheduled for demolition along with the airport's terminal.

Why, of all things, the tower? According to Wynn's aide Mark Nathan, the tower has the potential to become "a cool and kind of funky ... historic monument" to the former airport, long after local memories of Mueller the airport have faded. "If you think about it, in the year since [Mueller] closed, 35,000 people have moved here. Those people have no idea where the old airport was," Nathan says. Without the tower, it's possible that "in 40 or 50 years, people will have no idea there was even an airport there."

Of more concern is a possible settlement between the city and Stratus Properties, in which the city might swap land or development rights at Mueller for some of Stratus' 4,000 acres over the environmentally sensitive Edwards Aquifer recharge zone. (See "Up in the Air," facing page.)

A vote on whether to continue negotiations on a possible swap with Stratus is scheduled for Thursday, Dec. 7. Meanwhile, the first public hearing on the city's settlement with Stratus, rescheduled for this week after being canceled a week ago, will be postponed again, presumably until January 18, the first council meeting of the new year. Also this week: The council votes on whether to consider building a centrally located public skate park (courtesy of an item sponsored by Griffith, Wynn, and Alvarez); and an item brought by Hyde Park Baptist Church, to appeal a Planning Commission recommendation against vacating the alley between the church's existing parking garage and the site of its planned five-story twin, is being postponed until at least Jan. 18.