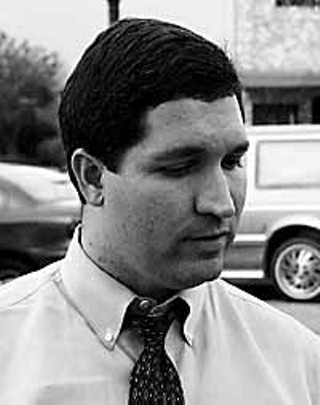 Although you wouldn't necessarily know it thanks to the noise emanating from Florida, there was actually more than one election on Nov. 7. In Texas, the state and national parties and their deep-pocketed backers spent a boatload of money on the state legislative campaigns, generating months of sound and fury -- signifying, in the final analysis, not very much. Thanks to a remarkably strong showing by former House rep Todd Staples against David Fisher in the open seat for District 3, the Republicans hung on to the Senate, 16--15, although they could not take out District 3 Democratic incumbent David Cain. And in Staples' open District 11 House seat, Democrat Chuck Hopson defeated Republican Paul Woodard -- only to be matched by Republican Sid Miller's defeat of District 59 Democratic incumbent, David Lengefeld. So the House remains 78--72 Democrat: Game, set, and ... stalemate?

Maybe, maybe not. Interested observers, who before the election were declaring the crucial importance of controlling both House and Senate in anticipation of pending redistricting, are now furiously spinning the outcome to suggest that maybe there's still more here than meets the eye. One Democratic insider argued that despite the apparent stasis, 2000 may prove to be a watershed election -- because the Democrats held their own despite a large Republican advantage in money, as well as the putative coattails of Gov./presidential candidate George W. Bush.

"This looks like a status quo election," said party consultant Ed Martin, "but it's been a long time since we held our own, and that in itself is a remarkable thing. Just as in '98, Bush had no coattails -- he got a big number himself, but Democrats did just fine in downballot races. This time we had to hold our own, not lose our base, and we did that ... The next statewide election may well be definitive."

Democrats continue to look toward the state's changing demographics -- the prospect of a "majority-minority" electorate in the next decade -- to provide the loyal margins they will need to return eventually to statewide dominance. "Turnout could have made that difference this year in South Texas," concluded Martin. "And the turnout in African-American boxes was again very high. We've learned where we need to spend our money, and what swing areas will still need to be worked."

In the closely watched District 3 Senate race, several observers said that while they weren't surprised by Fisher's loss, the margin was stunning (although earlier projections expected a close race, Staples won 61--39%). In the aftermath, Fisher's campaign is getting criticism from several sources. Dems argue that he didn't emphasize education issues strongly enough, that the campaign lacked focus, and had changed leadership and media consultants dangerously late in the race.

Asked by the Chronicle what he thought had happened, Fisher at first said simply, "I don't have any idea." He said that until the last two to two and a half weeks, the race polled as a tossup, and then suddenly the responses began to break Staples' way. "The last two weeks just cratered," Fisher said. He guessed there were a variety of reasons. "A lot of Republican money poured into the race very late, and they had an awesome direct mail campaign -- and not just targeted at their own voters, either, but covering the entire district. I even got his mail, several pieces."

Fisher acknowledged that there were some problems with his (first) campaign, but he says that even if he had done everything right, "at best it would have made a difference of three or four points." "We were outspent two to one on TV and radio, and the Republicans succeeded in giving the campaign a national rather than a local dynamic ... There was also a lot of anti-Gore sentiment -- the voters resented his Texas-bashing against Bush, and I can understand that."

In the shadow of Fisher's dramatic loss, it would seem contradictory that Democrat Chuck Hopson won Staples' open Palestine House seat and Dan Ellis hung on (barely) to his southeast District 59 House seat against the well-funded Republican Ben Bius. "Those races ran true to historical form," said Fisher. "They didn't succeed in nationalizing those races, like they did mine." But Fisher also pointed to the extraordinary growth of the vote in conservative, suburban Montgomery County -- "there were 18,000 more voters there than the last election" -- meaning that even if he won every other county in the district by 2,000 votes, he still would have lost. Did that spell the end of Democratic East Texas? "It may well," Fisher concluded, "if Montgomery County stays in the district."

Asked if he thought this was the end of his brief political career, Fisher laughed, "Oh, these are the types of things I've done all my life. ... I'm not going to become a recluse."